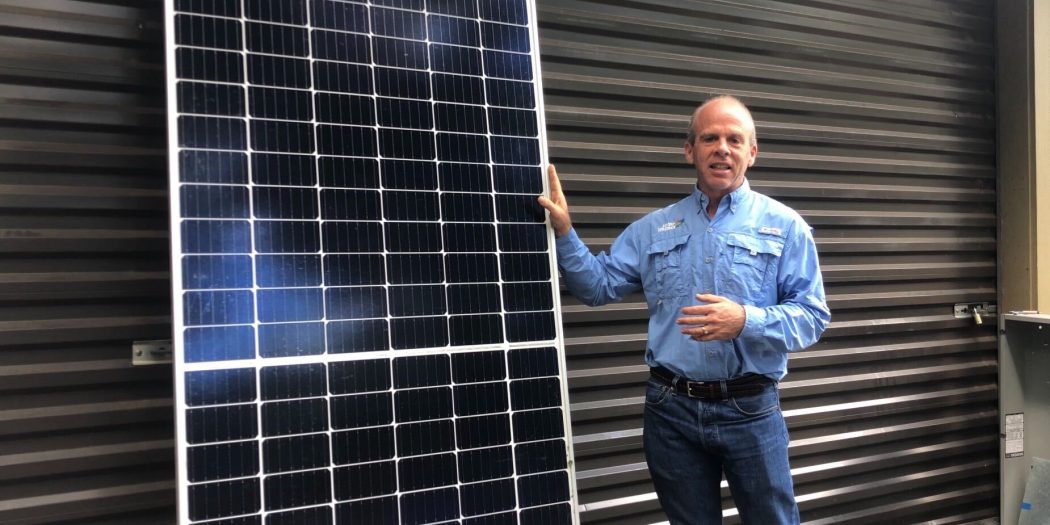 Arrival Of Solar Power To Newberry Expected In 2023

Solar power sites that would supply Newberry with renewable energy are set for construction in 2023.

The FMPA’s solar plan is split into phases. Newberry’s power comes from phase two of the plan, which is in development by the solar power company Origis Energy.

Origis plans to build two sites in Putnam County and Alachua County. The Alachua County site is about 15 miles southeast of Newberry.

During phase two, Newberry will receive 1 megawatt of power from the two 74.9 megawatt solar farms, according to Ryan Dumas, public relations specialist at FMPA. One megawatt serves around 200 Florida residents, Dumas said.

The remaining 148.8 megawatts will be distributed across 11 other Florida cities. Construction is expected to begin in 2023 and conclude that same year, according to Dumas.

There are no up-front fees involved in the solar power agreement, as Newberry only pays a percentage based on its energy share.

“We pledged to purchase the equivalent amount of energy that it costs us to run all of those utilities that the city operates,” said Tim Marden, who has served on the Newberry city commission for eight years.

A typical home system could cost between $15,000 to $30,000, but over the long run Jacobson considers solar power to be one of the cheapest energy sources available.

Jonathan Scheffe, who has been an associate professor in the Department of Mechanical and Aerospace Engineering at the University of Florida for six years, added that location affects prices.

Access to diverse energy sources is essential for cities, specifically to protect against shifting prices across energy sectors, Marden explained.

“For instance, if you were solely relying on natural gas, the prices to your user, your citizen or your customer is going to skyrocket,” Marden said, referring to the market volatility of traditional energy sources.

The city’s goal is to find a balance. Solar power provides cost stability compared to other energy sources like natural gas prices and coal, Scheffe said.

In June, as part of phase one, the FMPA completed the Harmony Solar Energy Center and the Taylor Creek Solar Energy Center, with a third site still in progress. Cities like Ocala are offering subscriptions, Dumas said, giving locals the option to choose solar power. It is yet to be determined if Newberry will do the same.

Jessica is a reporter for WUFT News who can be reached by calling 352-392-6397 or emailing news@wuft.org.
Previous The Point, Sept. 17, 2020: Hurricane Sally Slowed Down Over Pensacola and Dropped Over Two Feet Of Rain
Next Pandemic Pickup: Soccer Scrimmages Continue Despite COVID-19