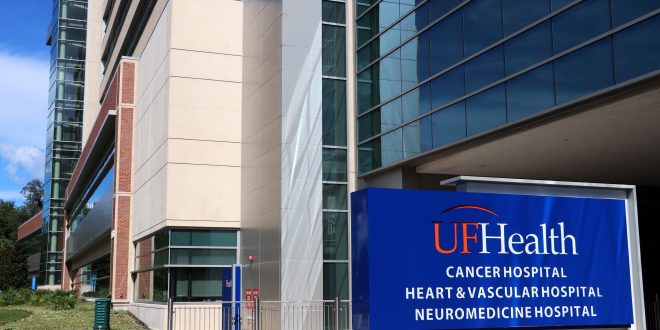 At least 17 anesthesiologist residents and a fellow at one of the premier university hospital systems in Florida contracted COVID-19 earlier this month after attending a private party together, according to hospital insiders and internal documents.

The outbreak at University of Florida Health occurred after a party at a private home, according to people familiar with the situation. They spoke on condition of anonymity because they said UF Health prohibits employees from speaking to reporters without authorization.

After the party, on July 10, chairman of anesthesiology at the University of Florida College of Medicine, Timothy E. Morey, emailed staff to report that the hospital system’s anesthesiology department had 18 positive cases of the coronavirus who were recovering at home.

The cases included 14 junior residents, two senior residents, a fellow and an administrative employee, the email said, noting that it was providing the “latest data from yesterday.” It said the anesthesiology department “wishes them well and a speedy return to good health.” It was unclear whether or when the employees were returning to work with patients.

The UF Health outbreak illustrates the difficulties of stemming the spread of the pandemic, when even trained health care professionals can be sickened from a private party in Florida – one of the nation’s hot spots for the virus – after explicit warnings about the risks from social gatherings.

A copy of Morey’s email was obtained by Fresh Take Florida, a news service operated by the University of Florida College of Journalism and Communications.

In response to questions, UF Health’s chief communications officer, Melanie Fridl Ross, said in a statement: “UF Health educates its faculty, staff and students on best practices to help prevent the spread of COVID-19 on and off-duty. Our goal is to minimize the spread of the illness on our campus and in our community, recognizing that it’s impossible to prevent all cases given the way pandemics naturally work.”

In his email, Morey also reminded hospital employees not to come to work sick and to wash their hands frequently. The message did not mention a party or say anything about social gatherings, such as parties. Morey did not respond to emails and a voice message left at his office over days.

The U.S. Centers for Disease Control and Prevention warned earlier this month that events and gatherings can spread the virus, and health officials around the U.S. have warned specifically that private parties are fueling the pandemic, especially among younger adults.

The incident also raised questions about transparency in uncovering information about outbreaks among health care workers, even at a government-run health care system.

The hospital system declined to confirm or dispute the outbreak or a party. In a prepared statement, and over days of communications with officials there, it said unspecified state and federal privacy laws prohibit it from commenting on specific situations. “Like any business, employees on occasion get sick,” the statement from its communications office said.

A national expert in health privacy, Bradley Malin, director of the Health Information Privacy Laboratory at Vanderbilt University, said public health authorities generally are permitted under federal law to confirm an outbreak among a select group of people as long as there are more than 11 people and fewer than 80 percent of the group who are infected. The principal law governing such disclosures is the U.S. Health Insurance Portability and Accountability Act.

Another expert, Mark Rothstein, a professor who teaches in the law and medicine schools at the University of Louisville, agreed it would not violate the federal health privacy law to confirm an outbreak as long as hospitals don’t identify employees by name and they can’t be identified in other ways. He said it was common for health officials to blame the law “as the reason when individuals or entities do not want to disclose health information.”

This story was produced by Fresh Take Florida, a news service of the University of Florida College of Journalism and Communications. The reporter can be reached at ljohnson@freshtakeflorida.com

Lauren is a reporter who can be contacted by calling 352-392-6397 or emailing news@wuft.org.
Previous Florida Schools’ Athletic Programs Prepare To Return For Fall
Next State Reports Revenue Dropping Another $427M From Coronavirus Closures In Florida