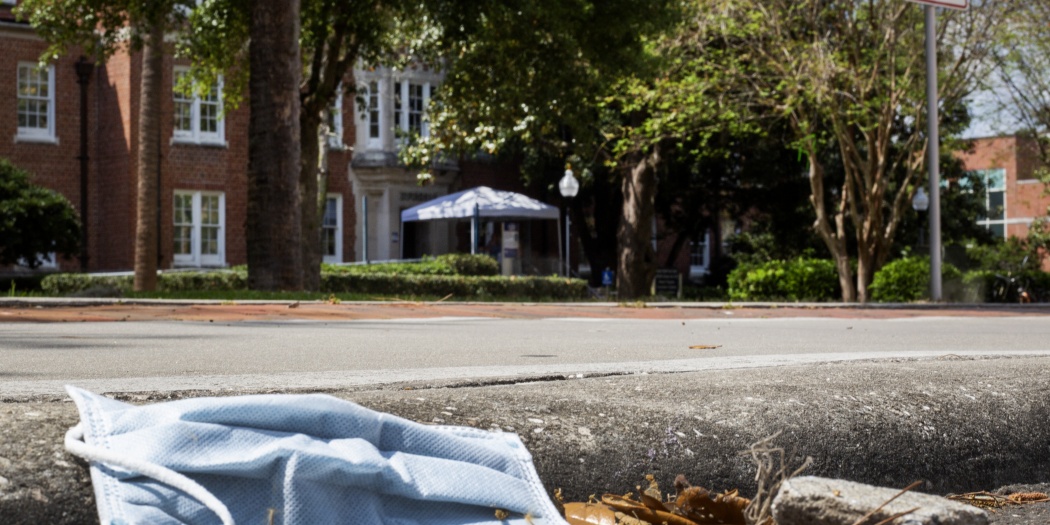 MIAMI – A law the Legislature passed three years ago allows Florida’s flagship public university to keep secret all details about whether it had developed and was adhering to a response plan for the pandemic that has already infected at least 20 students, faculty and employees.

The University of Florida was not among the earliest schools in the United States to effectively close its campus, moving classes online last week and sending students home for the semester.

It was widely criticized for failing to quickly acknowledge the first positive cases of the virus among students on campus. One infected student – a College of Dentistry student who treated patients after he felt sick – said school officials urged him to keep quiet for at least five days.

The 2017 law allows the university to withhold details of its emergency plans – or even whether it has any. It is among hundreds of formal exemptions that allow the government to withhold information from citizens under Florida’s otherwise powerful public records law.

The University of Florida declined this week to release its pandemic plan to Fresh Take Florida, a news service operated by UF’s College of Journalism and Communications, as part of investigative reporting to determine whether school leaders were following their plan. It cited the exemption: “This reply completes your public records request,” the school said.

A school spokesman, Steve Orlando, later confirmed with the general counsel’s office that it will not publicly release the pandemic plan.

The State University System of Florida Board of Governors said releasing plans is a decision made individually by each university, according to a statement sent to Fresh Take Florida.

“I would hope that college officials would understand that in times like this, there are times when you want to share your plans, especially with your faculty and staff when it comes to a pandemic,” he said. Donalds said the law was intended to protect terrorism plans from being revealed to would-be terrorists. He never imagined it would be applied to pandemics.

The 2017 law is set to expire in two years unless Florida lawmakers renew it. It’s unclear whether the Legislature might change the law, since it prevents tens of thousands of students, parents, alumni, faculty and employees from knowing whether the university acted appropriately to protect those on campus. The House and Senate voted unanimously on the measure at every stage in 2017, and legislative records show that no one formally objected to the proposal during any committee hearings.

“I’m flabbergasted they would hide that at a time people crave information and want to know if they’re safe,” said David Cullier, president of the National Freedom of Information Coalition and an associate journalism professor at the University of Arizona. “It’s a huge mistake.”

The former president of the Tallahassee-based First Amendment Foundation, Barbara Peterson, said she did not oppose the legislation in 2017 because no one expected it would be applied to virus plans. It was intended to keep security plans for physical terror attacks out of the wrong hands to ensure the safety of students and faculty, she said.

Some schools, such as the University of Mississippi, University of Houston, Villanova University and Indiana State University, openly publish their pandemic response plans on the internet. The U.S. government encourages colleges and universities to develop detailed pandemic responses, which it said “will play an integral role in protecting the health and safety of students, employees and their families.” Public health experts also encourage evaluating and assessing emergency plans and how they were implemented during and after pandemics, as an exercise in accountability and transparency.

“It’s nuts. It’s actually outrageous that these records would be withheld,” said Adam Marshall, a staff attorney at the Washington-based Reporters Committee for Freedom of the Press. “This is exactly the kind of record there is the highest level of public interest in. It should have been made available online a long time ago.”

In its response to a separate request for records about the College of Dentistry student who was infected with the virus, the University of Florida also cited the 2017 law as a reason it would not turn over those documents.

Cullier agreed that secrecy laws like Florida’s were intended to prevent terrorists from circumventing security plans. “To apply that to a virus is ludicrous and not how all that was intended,” he said. He added that withholding details about UF’s pandemic plans will inevitably cause people to wonder whether officials were embarrassed or hiding information.

“If we can’t trust our government, it’s going to cause more fear and suspicion and hoarding,” he said.

Peterson said the pandemic plan might help students and parents understand whether and when expenses might be refunded and provide details about UF’s evacuation plans. She noted the law doesn’t prohibit the university from releasing its pandemic plan – it allows the school to choose to keep it secret.

“When people are scared pantsless, you’re withholding information that could have squashed their fears and you’re not doing it,” she said. “Shame on you.”

The Florida secrecy law was proposed by Donalds and Rep. Bob Rommel, R-Naples. Rommel did not immediately respond to phone messages left at his home and office or email sent to him and his legislative scheduler. Then-Republican-Gov. Rick Scott signed the bill into law in June 2017. Scott, now a U.S. senator, last month said the federal government “must do more to protect Americans from coronavirus.”

Rommel, 57, is a multi-millionaire who co-owns a bayfront bistro on Fort Myers Beach that is temporarily shut down from the virus under orders from Gov. Ron DeSantis. He was chairman of the House Criminal Justice Subcommittee and vice chair of the Judiciary Committee and veterans affairs subcommittee.

Donalds, 41, is a long shot candidate among 10 Republicans running for Congress in Florida’s 19th House district. He has described himself as “a Trump supporting, liberty loving, pro-life, pro-2nd Amendment black man.” He is a financial adviser with Wells Fargo in Naples, according to his state financial disclosure filings.

Dana is a reporter for WUFT News who can be reached by calling 352-392-6397 or emailing news@wuft.org.
Previous The Point, March 27, 2020: Florida Unemployment Claims Skyrocket, More Expected To File
Next ‘I Realized I Was Somebody’: Gainesville Group Celebrates 100 Years Of Women Voting And Modern Women’s Liberation