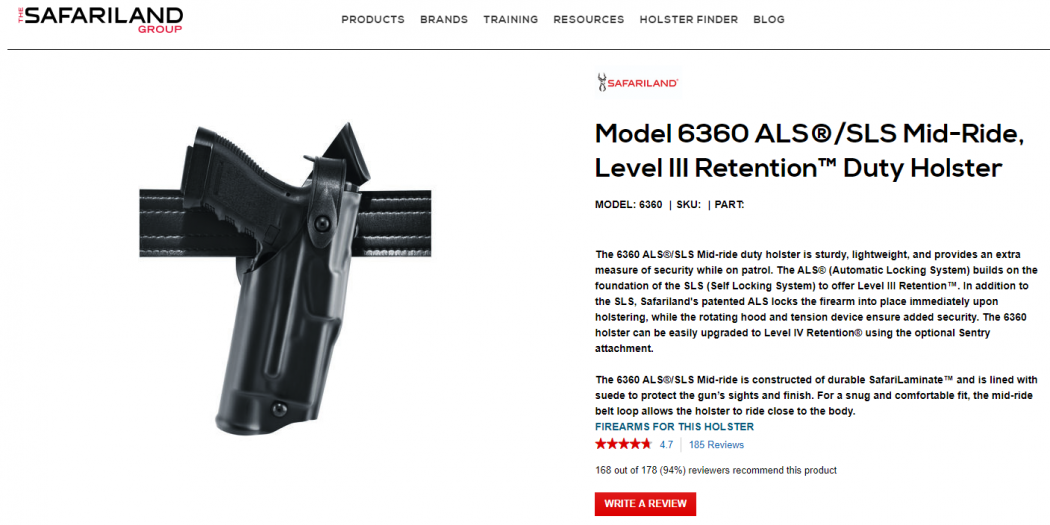 The sheriff’s corporal who dramatically lost his job after his pistol fired in a bustling Florida middle school cafeteria plans to appeal his dismissal, his attorney said.

A five-person personnel board would consider the appeal of Cpl. Jonathan Cross of the Pasco County Sheriff’s Office. A date for that has not yet been set. Sheriff Chris Nocco abruptly fired Cross after a nearly six-month investigation, concluding partly based on video surveillance that Cross negligently fidgeted with his service pistol and caused it to fire. No one was hurt.

Cross, a 14-year veteran of the department, was known as a stoic, business-like law enforcement officer who said he was trying to become a better public speaker and more approachable for children. He declined to discuss his firing with a reporter or explain how his gun went off that day inside the cafeteria in Wesley Chapel, Florida, just north of Tampa.

Kerry Anne O’Connor of Port Richey confirmed Tuesday that Cross has asked a career service appeal board hear his explanation why he shouldn’t have been fired.

A review of hundreds of pages from the corporal’s career personnel files showed that Cross had a generally honorable career in law enforcement for more than a decade with a few, minor disciplinary matters.

The files deconstruct the professional life of a law enforcement officer and Air Force veteran in extraordinary detail. A citizen said Cross helped recover his stolen car. One boss noted in 2011 that Cross was sometimes five minutes late for his shift. The files include observations from supervising officers, compliments and complaints from citizens, and the aspirations and admissions of failures by the corporal in his words.

“Most of the students I tried to help, I could not get to,” Cross wrote last year. “I understand I cannot be there for everyone, but I find being there for one and sending a message will translate to many more just by word of mouth.” He said he eventually wanted to become a law enforcement instructor.

Fresh Take Florida, a news service operated by journalism students at the University of Florida, obtained the personnel file for $108 from the sheriff’s office under the state’s public records law. The sheriff’s office separately demanded hundreds more dollars to turn over emails sent to and from Cross immediately after the shooting, and emails from key sheriff’s officials to Sig Sauer, the gun’s manufacturer.

Those emails showed that the sheriff’s office was continuing to buy P320 pistols even as the gun in the cafeteria shooting was being examined for mechanical problems or design flaws. It also was purchasing a newer, smaller Sig Sauer P365 pistol for some officers, who were carrying guns made by rival Glock Inc.

Cross was the subject of two internal investigations in 2011 and 2012, a period when a supervisor wrote that Cross was frustrated in his role and “displayed a negative attitude, became withdrawn, and was difficult to approach.” He received a written reprimand for misusing a police database on drivers and vehicles, and he was suspended one day for failing to properly serve a domestic violence injunction.

The latter incident was described as “a scar on his reputation” and held back some promotional opportunities. Then-Sgt. William Lawless said the incident resulted in unspecified property damage, and Cross “completely accepts responsibility for a clear lapse of judgment.” No other details were included in the files.

The sheriff said surveillance video showed Cross in the cafeteria moving his holstered pistol up and down, in violation of his training. It wasn’t clear whether his finger or another item, such as keys, may have nudged the trigger, the sheriff said, but “if you leave the gun in a holster, it’s not going to go off.”

The pistol was a 9mm Sig Sauer P320, which has been the subject of complaints and lawsuits nationwide that it can misfire. The gunmaker launched a voluntary upgrade program in August 2017 to make the guns less prone to misfires, and acknowledged that in some rare circumstances they can fire unexpectedly.

Two more federal lawsuits were filed since the cafeteria shooting: Thomas Frankenberry of Myrtle Beach, South Carolina, a former New York police officer, said his P320 accidentally fired inside his waistband inside a Chick-Fil-A bathroom in 2016, damaging his leg and knee. In the other case, filed last month, Stephen Mayes of Franklin, Kentucky, said he was a former law enforcement officer whose P320 fired into his thigh as he was preparing to practice draw-and-fire exercises at a gun range.

The sheriff’s office said its investigation found no mechanical problems with its deputy’s gun. It upgraded its P320 pistols in October 2018, before the middle school incident, spokeswoman Amanda Hunter said. Sheriff’s deputies use the same guns now, including current school resource officers.

The incident in April was especially significant because it occurred as Florida moves toward allowing teachers to carry handguns in public schools as a defense against mass shootings. Critics have said a lack of adequate weapons training among teachers might endanger students. Cross was a trained law enforcement officer since at least 2002.

The internal emails showed that Pasco County Schools circulated a statement within the sheriff’s office two days after the shooting. Its “statement on school safety legislation” said the district would not allow any employee to carry firearms in schools unless he or she was employed specifically for security.

Cross came to Pasco County in 2005 after attending Saint Leo University, a private Roman Catholic liberal arts university there. He said he liked the community and wanted to stay, applying for work at the sheriff’s office.

A decade later, Cross requested to transfer to an assignment as a school resource officer. He began working at the middle school in August 2015. The sheriff wrote in a performance report a year later that he was pleased with the move, saying Cross “successfully developed trusting relationships with his administrative staff and students.”

Cross also was a volunteer soccer coach at the school. He told sheriff’s supervisors in August 2018 that helping the girl’s team win a championship was one of his proudest work accomplishments.

Many of the performance evaluations praised Cross for his work, but he was described as using an “abrupt, just-the-facts” approach dealing with citizens that led to public complaints urging Cross to be more understanding. One report said he “sometimes comes across as stoic and unapproachable.”

Cross was praised over the years by citizens for helping a kidnap victim and making an arrest after a fight. A citizen complained in April 2003 that Cross, while responding to a traffic stop while working as a Fort Myers police officer, was “unprofessional and sarcastic,” a claim his supervisor determined to be true. Cross resigned six months later, but there is no indication the two events were related.

Early in his career, in 2004, working as a Florida state trooper, a supervisor said Cross was sloppy with paperwork but otherwise gave him passing marks on his evaluation.

Cross spent four years in the Air Force, until October 2002, working on bases in Montana and Louisiana. He retired as a senior airman and had earned several decorations, including a National Defense Service Medal, an outstanding unit award and a Good Conduct Medal, according to his military discharge records.

This story was produced by Fresh Take Florida, a news service of the University of Florida College of Journalism and Communications. You can contact Molly Chepenik at mollychepenik@ufl.edu.

Molly is a reporter for WUFT News who can be reached by calling 352-392-6397 or emailing news@wuft.org.
Previous Gainesville Program Helps People Of Varying Abilities Live Independently
Next Ocala Council Election Thrown Into Turmoil Over Winning Candidate’s Felony Arrests 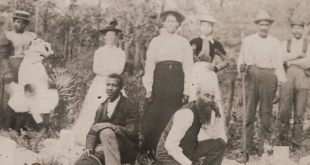