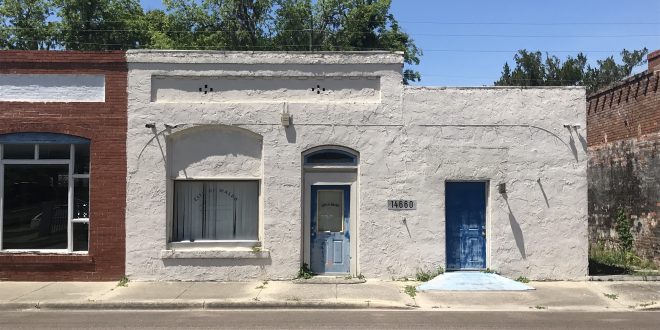 Once known as one of America’s worst speed trap locations, the city of Waldo now faces an ironic problem: rampant unchecked speeding along its main drag.

Even when they had a police department, which was disbanded in 2014, speeding was a major issue, said Waldo City Manager Kim Worley.

“We’ve always had a speeding problem,” Worley said. “The traffic down (U.S. Highway 301) is so fast right now.”

Troy Roberts, spokesman for Florida Department of Transportation, acknowledged there is a lot of traffic on the route.

Worley hopes to work with FDOT to use their Complete Streets program to bring a new look to the city’s biggest thoroughfare, one complete with proper signage and a way to slow down the flow of traffic.

“Complete Streets, if it were to come about, would narrow the roads to single lane,” Worley said. “That would allow us to have more walkability, and we wouldn’t have to play Frogger.”

Worley said the Complete Streets program would not only reduce accidents, but it would also help highlight the businesses and attractions that Waldo has to offer.

“Right now, I don’t care if you have the coolest shop in the world,” Worley said. “(People) can’t see it; these people are going too fast.”

The Complete Streets program also would enable the city to install crosswalks and better sidewalks to improve safety for Waldo residents, Worley said.

Although Worley voiced her dislike for Waldo’s label as a “speed trap town,” she said there are some positives to being on the American Automobile Association’s radar.

“The nice thing about having the cops and being on the AAA watch list is that people did slow down,” Worley said.

Rosanna Smith, 68, a Suwanee county resident who manages an antique shop off the main road, has seen the results of the speeding in Waldo since she first opened her shop 27 years ago.

“For the first 10 years that we had our shop open, we never had a red light,” Smith said. “It took two deaths in the span of a year for the city to get one.”

The light, which was installed directly in front of the antique shop, lies at the very edge of city limits. Although it has helped, it hasn’t eliminated traffic problems, Smith said.

Rosanna’s husband, Carl Smith, said the installation of the light may have had other unintended effects.

“We have people that don’t stop when the light changes,” Carl Smith said. “You know it’s pretty bad when we have to warn our customers to wait a few extra seconds to go after the light changes to make sure they don’t get hit.”

The issue of public safety reached a tipping point after a fatality in December 2018. Sharon Wilson, 50, was attempting to ride her bike across U.S. Highway 301 to reach the post office when she was struck by multiple vehicles.

In response to Wilson’s death, city officials reached out to state representatives and senators, requesting changes, such as crosswalks or stoplights, to prevent future fatalities.

U.S. Rep. Ted Yoho and his staff recently met with Waldo officials to discuss approaches to ensure a safe main thoroughfare in the city. Yoho’s staff also met with officials from FDOT to discuss funding for the city’s plan to utilize the Complete Streets program to slow traffic and minimize accidents, said Kat Cammack, Yoho’s Deputy Chief of Staff.

The Smiths, on the other hand, believe the only effective way to increase public safety is through more enforcement of traffic laws.

“Because of the flea market, we have several thousand people coming through here on Saturday and Sunday,” Carl Smith said. “I don’t think that there’s any other way to get this traffic down than to bring back the police department.”

The number of vehicles and lack of signage creates a nightmare for many who work or walk along the main road, the Smiths said.

“You can hear tires screeching from inside the store,” said Carl Smith. “I think the flow of traffic has doubled in the last three to four years.”

The number of vehicles that drive through Waldo is expected to increase after the completion of the Starke bypass construction, one that will reroute traffic around the city and straight onto U.S. Highway 301 into Waldo.

Roberts said the construction of the $90 million bypass is scheduled to finish this upcoming summer.

Worley said she believes the city of Waldo was not a speed trap and that Waldo police handed out a high number of speeding tickets because motorists weren’t obeying traffic laws.

“(The police) weren’t hiding behind trees; they were right in the median,” Worley said. “We were hard on traffic so that people like Sharon (Wilson) could cross the road.”

Correction appended: A previous version of this story stated Ted Yoho’s title as a Florida state representative. He is a Florida congressman.

Hayden is a reporter for WUFT News who can be reached by calling 217-552-7022 or at haydendodds@ufl.edu
@DoddsHayden
Previous Melrose Area Dog Attacks Threaten Neighbors, Livestock
Next Marion County Sheriff’s Office Contract For Additional Traffic Enforcement