Improvements At Lincoln Park In East Gainesville Have Begun

Karl Anderson has fond memories of growing up across the street from Lincoln Park.

Anderson, a 45-year-old Gainesville native and former Abraham Lincoln Middle School student, remembers kids from his eastside neighborhood going out to play basketball and softball in the park’s fields.

But he now describes the park much differently.

“They haven’t fixed the park in over 20 years,” Anderson said. “They’ve really just forgotten about the community here, especially about the kids.”

Lincoln Park, 900 SE 15th St., will see big improvements in the coming months. The Gainesville Parks, Recreation and Cultural Affairs Department has started a multi-step project that will be completed by August.

The first phase of the project, replacing the fencing around the ballpark, has already been completed. The new fence cost $24,025 and was completed by Commercial Fence Contractors, Inc.

Other updates to the park include new concrete, a new water fountain, a new scoreboard for the softball field, a new light system, drainage system, benches, irrigation and roofs over dugouts, project manager John Weber said. 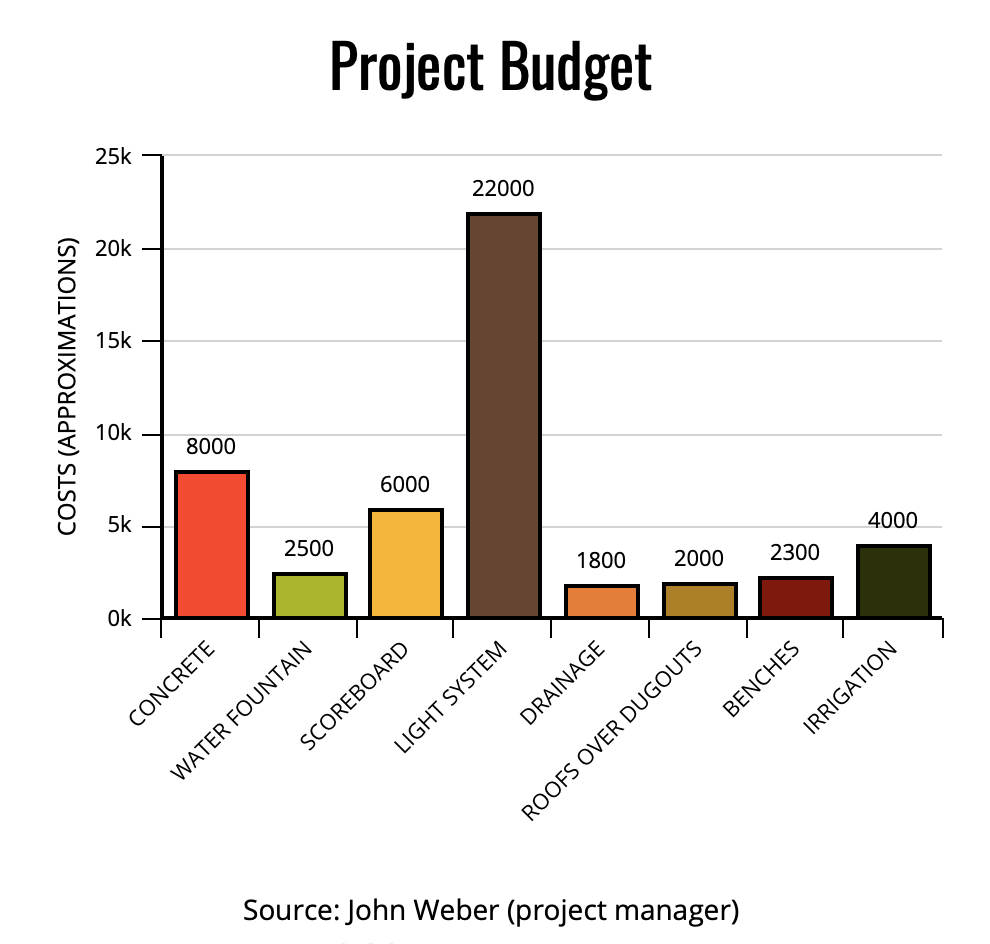 The costs for the remaining projects have not been determined yet but Weber estimates $48,000.

All of the money for the project will come from the Wild Spaces and Public Places Fund, a half-cent sales tax collected in the county to improve environmentally sensitive lands and to maintain and create parks and recreational facilities.

“We hope that by making these improvements to the park it will motivate residents to participate in new recreational activities,” Weber said. “The updates to the ballpark will expand many opportunities for players of all ages whether they’re in little league or adult leagues.”

The School Board of Alachua County actually owns the Lincoln Park property. The board has an agreement with the city to maintain the park and program different activities on the field.

“People ask us why some of the field spaces aren’t being kept up, but it belongs to the school board,” Davis said. “I think once the drainage is done and improvements are made, the school board will want to make another agreement with the city to fix those empty spaces.”

Davis wants the improvements at Lincoln Park to attract residents to the east side of town.

Anderson also wants East Gainesville to begin to thrive again. While he’s disappointed it took the city so long to make major improvements to the park, he hopes residents will focus on the future and not dwell on the past.

“I want people to see East Gainesville as a part of town that is thriving, not just a place where the airport and homeless shelter is,” Anderson said. “I want my three daughters to have a park that they can go out and play in.”

Making sure the children in the community have a place to gather and aren’t stuck at home all day playing on their phones is what’s most important, Anderson said.