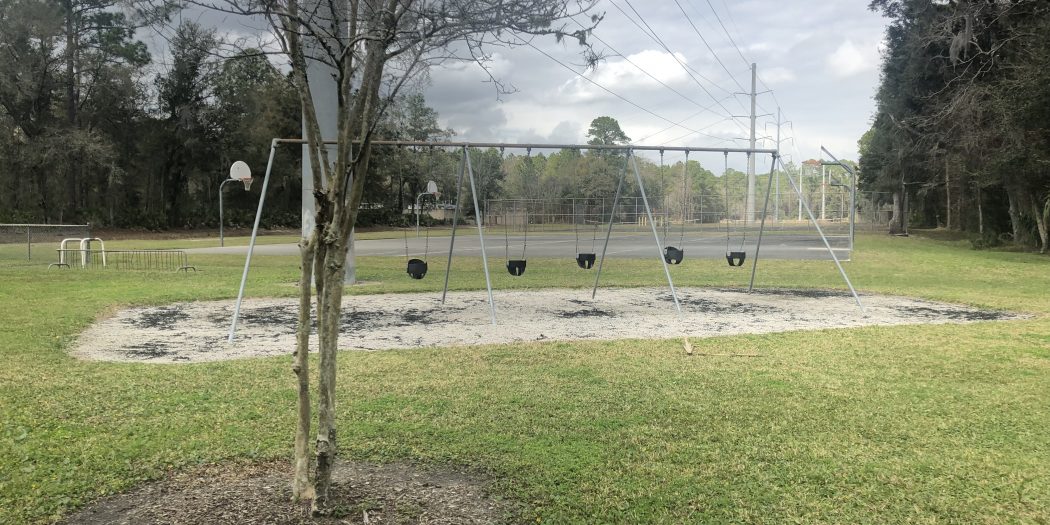 By Sofia Arriaga and LaResia Golden

The City of Gainesville this week heard public feedback about proposals for a relocated and redeveloped east side park that’s expected to cost at least $600,000.

Unity Park, as it will be known, will be located on a 3-acre plot next door to the current NE 31st Avenue Park, which has high-voltage power lines overhead.

Gainesville’s Parks Recreation & Cultural Affairs and Wild Spaces and Public Places departments hosted Tuesday’s workshop and took suggestions. They also tallied public votes on designs for new playground equipment; there was a unanimous preference for a short climbing structure and a group swing.

Previously proposed renovations from prior workshops and focus groups include two basketball courts, a community garden, a pavilion, exercise stations, a water fountain, and a walking loop.

“I’d look up and see this big, cancerous-looking, high-voltage transformer,” said Pastor Karl Anderson, a 45-year-old Gainesville resident who used to take his kids to the park and felt unsafe pushing them in the baby swings under the old cable lines.

“It’s overwhelming, dangerous and a safety hazard,” he said. “I want to thank the city for listening to people like me. This is why Gainesville is one of the best places to live.”

Anderson said he called city commissioners several times until he heard there would be renovations.

City Commissioner Gigi Simmons, who represents District 1 in which the park is located, said the name “Unity Park” is fitting, as she thinks it will bring the community together.

“I believe it’s going to transform the whole area,” Simmons said. “They haven’t had anything newly developed or newly significant in this community in a long, long time.”

The nine-month park renovation will begin this summer and cost between $600,000 and $700,000, said Wild Spaces Public Places program Director Betsy Waite. The program is funded with a half-cent sales tax.

Neighbors like Clarence Sterling said the playground updates and sidewalk games will attract children. He’s lived in the neighborhood for about a year and is worried that Northeast 31st Avenue traffic will be a problem.

A driver hit his kitten on the street. She died.

Drivers are often “going 100 mph through here,” Sterling said. He suggested the city put speed bumps near the park.

He also suggested the construction of a walking trail that extends from the park to Village Green Apartments.

Sterling said children could walk there after school without worrying about traffic. Marjorie Kinnan Rawlings Elementary School is around the corner from Unity Park.

Sofia is a reporter who can be reached by calling 352-392-6397 or emailing news@wuft.org.
Previous UCF Board Accepts President’s Resignation
Next The Man Behind The Marching Band