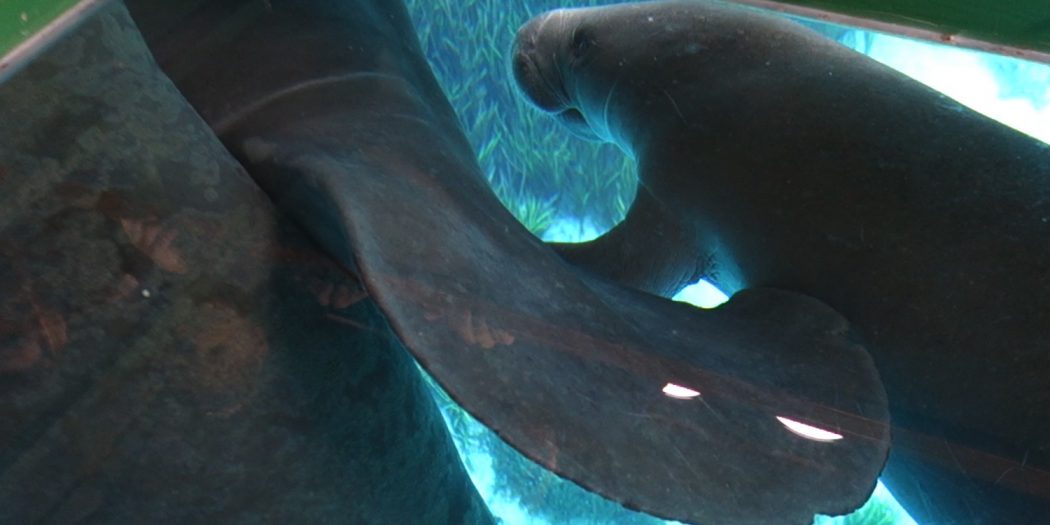 Manatees swim beneath a glass-bottomed boat at Silver Springs. In 2016, legislation was enacted to protect 30 “Outstanding Florida Springs.” Ocala’s Silver Springs was included in the deal. (Brandon Meyer/WUFT News)

Republican State Rep. Stan McClain attributes much of his education on water policy to the 12 years he served on the Marion County Commission.

In 2007, for example, at the height of Florida’s building boom, citizens began voicing concerns about long-term water availability and the health of local springs.

Commission members from both parties sat down to figure out what local government could do to help.

McClain said in those early days, the biggest impediment to action was often the amount of time being spent on environmental studies.

As water quality in the springs diminished, McClain grew impatient.

“One of my points was we think we’ve got plenty of studies. Let’s go get some work done,”  McClain said. “We thought it was somewhat disingenuous to go out to our citizens and say ‘Hey, you guys should go do this,’ while government’s doing something else.”

The state jumped in to help.

In 2016, legislation was enacted to protect 30 “Outstanding Florida Springs.” Ocala’s Silver Springs was included in the deal. The program aims to — within 20 years — reduce the number of nitrates flowing into the springs to 0.35 mg/L, a reduction of 79 percent. Nitrates promote the growth of toxic algae and reduce the amount of oxygen in the water – conditions that could make the springs uninhabitable and unsightly.

According to the Florida Department of Environmental Protection’s web site, the state has kicked in $268 million for the program in the last four years.

In addition to the funds provided by the Florida Department of Environmental Protection, McClain has submitted appropriation requests from the general fund for more water-related projects.

In 2017, then a freshmen state representative, McClain requested $150,000 aimed at removing nearly 30,000 pounds of nitrates from groundwater. He also co-sponsored a bill declaring April as “Springs Protection Awareness Month.”

This year, he’s requesting more than $4.2 million to cover the cost of four water projects.

The first bill would provide $300,000 to the City of Ocala for the purchase of three SkimBoss filtration systems.

According to Rachel Slocumb, Conservation Coordinator for Ocala’s Water Resources department, the systems are used to filter litter and chemicals from the outflow of storm water retention ponds. Slocumb said that these filters would join nine others already in operation around the city.

Slocumb said the city was previously awarded $10 million by the Florida Department of Environmental Protection which resulted in the removal of 913 septic tanks and connected those properties to sewer lines. Slocumb stated that septic systems account for roughly one-third of the nitrates entering the groundwater. The extra $1 million in funding would allow the city to remove an additional 100 septic tanks by 2021.

McClain’s third request would provide $2.5 million for a septic tank abatement program for the City of Belleview. According to the appropriations request, 1,300 septic tanks and wells would be eliminated, and the properties would be connected to sewer and water.

The fourth and final appropriations request would provide the Department of Environmental Protection $408,000 to finance the first phase of the Ocala Lower Floridian Aquifer Conversion project. According to Slocumb, the city is currently pumping its water from the Upper Floridian Aquifer – the same water source that supplies Silver Springs. The money would allow the city to drill three 24-inch wells into the hydraulically disconnected Lower Floridian Aquifer, which would each supply up to 5 million gallons of water per day. In addition to allowing more groundwater to flow out of the springs, the new wells would add redundancy to Ocala’s water supply.

While McClain said he is pleased to see work being completed, he did emphasize the work of restoring water quality takes time.

“I feel like we’re on a pretty good trajectory to get to 0.35 mg/L. It will take a monumental effort to get there,” he said. “I don’t think that’s going to happen in the next six years, but as long as we’re doing projects, we’re going to see progress being made.”