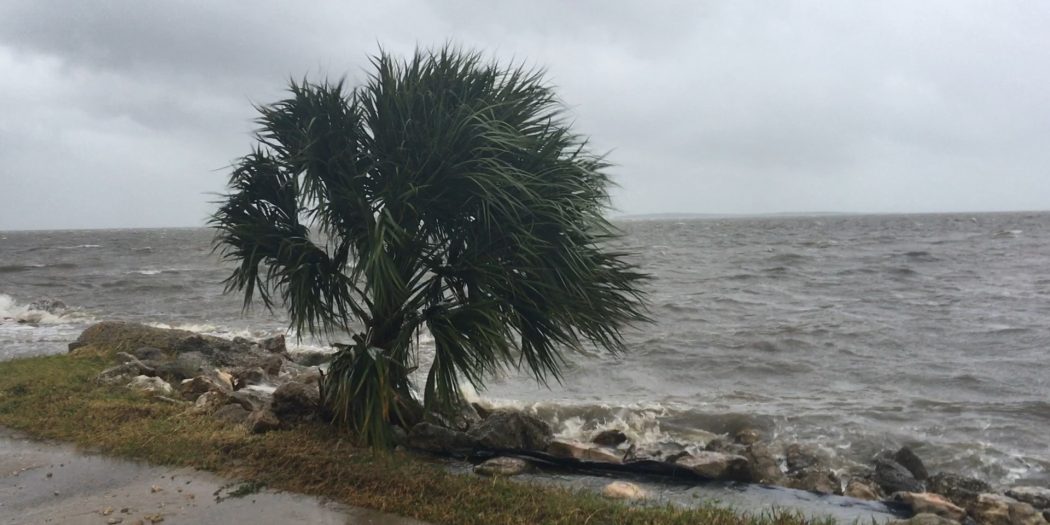 CEDAR KEY — Eighty-two-year-old Walton McJordan used to be a pilot and lives at Piney Point, a cape south of the George T. Lewis Airport. Twenty years ago he married his wife, who was born and grew up in this town, and the pair has lived here ever since.

Three miles from mainland Florida and through different bridges, pine forests, and tidal creeks, Cedar Key was once a bustling railroad and lumbering town. In 2016, it was devastated by Hurricane Hermine. It is now home to people like McJordan who insist the 2016 hurricane taught them lessons.

When Hurricane Michael roared on its path toward Florida’s Gulf Coast, the city broke from its quietness and was filled with the commotion of evacuation, truck loading, and houseboarding.

Levy County Fire Chief Robert Robinson on Tuesday sounded the emergency siren and issued an evacuation order. As Hurricane Michael started to make landfall and escalated to a Category 4 hurricane on Wednesday, the county was under both a tornado watch and a storm surge warning.

“We are just waiting for the worst and hoping for the best at this point,” Levy County Sheriff’s Office spokesman Scott Tummond said as the storm came ashore. Tummond monitored Hurricane Michael with other representatives from health, emergency and fire and rescue services in the county’s Emergency Operations Center (EOC) in Bronson, about 30 miles from Cedar Key.

At 2:45 a.m. on Wednesday, Levy County EOC reported coastal high tide of 4.6 feet above the mean sea level, and wind gusted above 36 mph over the afternoon. Waves pushed onshore and crashed into the city’s break wall, causing water to spill across the street.

It was the talk of the town that Michael could be another Hermine, causing heavy flooding and damages. As storm surge weakened around 6 p.m., the evacuation order was lifted. Cedar Key withstood tidal fury and violent surges with barely any mark of destruction.

“We learned from 2016 what to do this time, and it worked out,” said McJordan who trembled with Parkinson’s disease and still remembers struggling with tidal surges in his home after Hurricane Hermine.

“No more wet furniture this time, I’m the one who’s wet,” McJordan said. “Everybody’s trying to help each other getting things together so tomorrow morning we can wake up to sunshine.”

By 2 p.m., Cedar Key Police Chief Virgil Sandlin ordered all traffic to be off of city streets. A group of residents was kept out at the intersection of State Road 24 and County Road 347, waiting for the surge to recede and inspection to be completed for Number 4 Bridge. In a small town of approximately 700 residents, they recognized McJordan and flocked to him as he drove out from Cedar Key to the waiting point.

As the sky shades of pink and blue faded into the darkness of night, most people in Cedar Key settled back into their homes. Officials have estimated around 500 Levy County customers have lost power. The 6-foot surge left behind pockets of standing saltwater.

While Levy County government offices return to normal operations on Thursday, schools won’t be back in session until Friday.

Quan is a reporter at WUFT News who can be reached by emailing news@wuft.org or calling 352-392-6397.
Previous Actors From The London Stage To Perform Hamlet at Phillips Center
Next Hurricane Michael Slams Into Florida, Charges Into Southeast