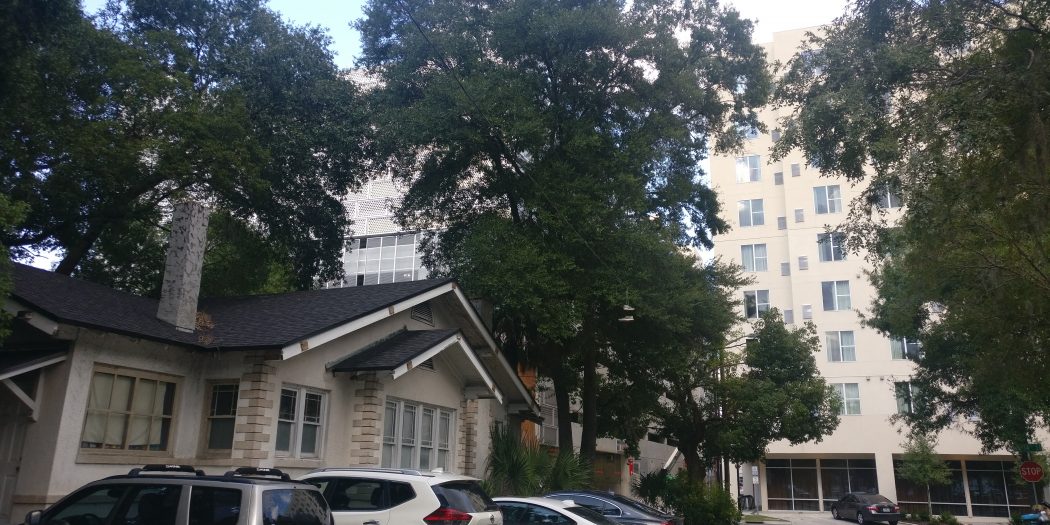 *Editors note: This story has been updated to correct an earlier version that stated the City Commission delayed a decision to change zoning laws.

The Gainesville City Commission has delayed their decision on the implementation of a new comprehensive plan to bring more affordable housing to the city of Gainesville to allow more time to inform the community about the changes.

The September 20th City Commission meeting left several city residents furious and confused as to what the proposed changes hoped to accomplish. Words like “Gentrification” were thrown around. Some residents in attendance expressed fear they would be forced out of their historic homes and were frustrated the commissioners didn’t seem to be listening to them.

“There’s no understanding of what a neighborhood is,” Tana Silva, who lives in the Pleasant Street Historic District, said.

The program, known as GNV R.I.S.E., aims to bring affordable housing to the city of Gainesville through providing incentives to developers. “R.I.S.E.” stands for “Resilient, Innovative, Sustainable, and Equitable” and is meant to bring greater housing density to the Gainesville area. This would allow for buildings to exceed the current maximum limit of units/acres otherwise established.

“We need to have a conversation about how we’re going to deal with the population inflow,” said At-large commissioner Helen Warren. “We need to find a way we can maintain the way and feel of the people who have been here a long time.”

Residents worry their quiet neighborhoods and privacy will be sacrificed for more affordable housing and large businesses. They told the commission there was not enough notice given about the proposed changes to the plan and that the changes were ambiguous and unclear.

Wendy Thomas, director of the city’s Department of Doing, has followed this project closely, hosting dozens of public meetings with the community since January to ensure the proposed changes to the comprehensive plan are clear. Thomas said there needs to be some changes made to the language of the project in order to get the community on board to make affordable housing possible and to avoid any further confusion.

“It’s an evolutionary process,” Thomas said. “It’s not going to be stop and start.”

“We are at a crucial point where we need to decide if we’re in this together or if we’re adversaries,” said David Arreola, District 3 commissioner. “I don’t want our citizens to feel as if we’re not listening.”

Brett is a reporter for WUFT News who can be reached by calling 352-392-6397 or emailing news@wuft.org.
Previous Sept. 20, 2018: Afternoon News In 90
Next ‘This Is What We Know’: Newberry Begins Reckoning Over Lynching History