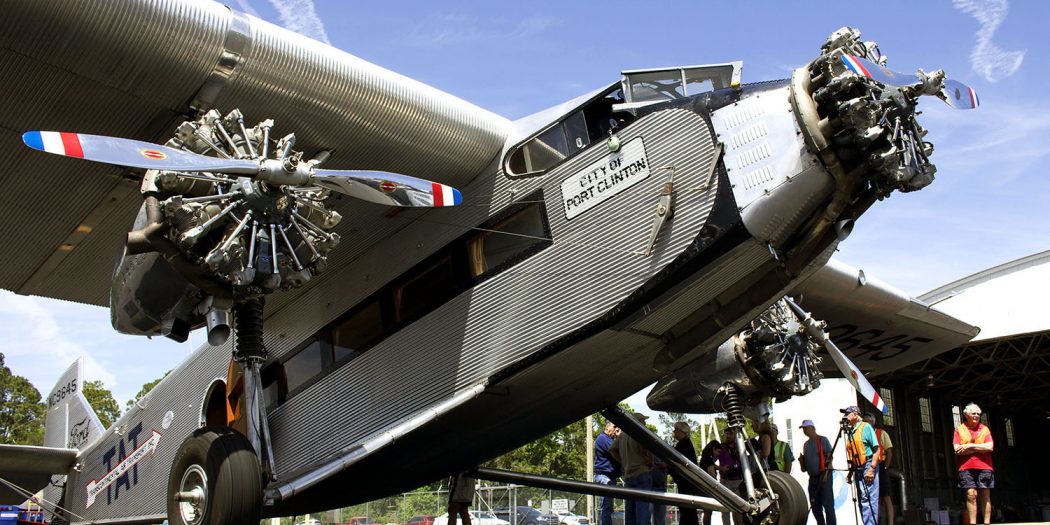 Expect unfamiliar sounds to drum from the skies high above Gainesville this weekend as the tinny hum of vintage aircraft pierce through the clouds.

The 1920s will be roaring again, in the form of a Ford Tri-Motor airplane and other classic aircraft. Erin Porter, manager of public relations for the Gainesville Regional Airport said they will be taking to the sky to promote appreciation for the armed forces.

When the Ford Tri-Motor Model 5-AT was built more than 90 years ago, streets were filled with Model-T automobiles and Calvin Coolidge served as the 30th president of the United States.

“What a thrill to go up in a 90-year-old airplane that is so historic, so beautiful,” Porter said. “Between the smells and the sights and the sounds of that gorgeous airplane, we had a beautiful ride.”

The Gator Fly-In event is on Saturday from 8 a.m. to 2 p.m. and will offer military aircraft displays, food trucks and an opportunity to potentially ride in vintage airplanes and helicopters, Porter said.

After the media were given an opportunity to fly in the aircraft Thursday – a ride that left some ecstatic and others a touch queasy — the opportunity was then opened to the public to fly aboard the Tri-Motor appropriately dubbed the “Tin Goose.”

Michael Zemon was on the first flight available to the public, he said.

Zemon, 92, stood breathlessly under the shade of the Ford Tri-Motor’s wing and tried to summarize his experience during the flight. Excited, inspired and searching for the right words to accurately broadcast his delight,  Zemon finally recapped his time onboard a plane only two years younger than himself.

“I’d recommend it,” he said, his smile growing. “How many more years are these planes going to be around?”

Zemon said he was nervous for the flight in the hours leading up to takeoff. It wasn’t until he noticed the white hairs in the pilot’s mustache that his fears were washed away.

A former Piper Cub pilot himself, Zemon was prepared for a bumpy ride.

“With a plane that old, I was expecting more rattles and creaks,” he said. “But the pilot was just excellent.”

For John Sprague, an operations agent at the Gainesville Regional Airport, the flight onboard the Ford Tri-Motor held a special place in his heart, he said

The first model airplane that Sprague ever built as a child was a Ford Tri-Motor. So, when he heard that an actual aircraft was landing in Gainesville, he couldn’t pass up the opportunity to go on a flight, he said.

“It was fantastic, like a once in a lifetime experience,” Sprague said. “No matter which seat you’re in in this plane, it is a fabulous experience to have.”

Sprague said soaring through the clouds was something he’ll never forget. Although he isn’t a pilot, the journey was made special by the history alone.

“I think if you’re not a pilot, you might appreciate it even more,” Sprague said.

For those who are pilots, however, the experience is just as important. Ed Rusch, who has been piloting the Ford Tri-Motor aircraft for more than 40 years, says the experience is not available anywhere else in the world.

“This airplane isn’t just an airplane to us. It’s an artifact, it’s a museum that we take to the people,” Rusch said. “You don’t have to come and look at it, we bring it to you.”

Max is a reporter for WUFT News who can be reached by calling 352-392-6397 or emailing news@wuft.org.
Previous April 6, 2018: Morning News in 90
Next Micanopy Restores Historic Montgomery Wall 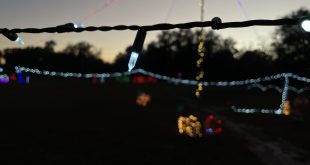 Since the 70s, Richard Mason arranged a magnificent display of Christmas decorations ever year. Now his neighbors have adopted the tradition.