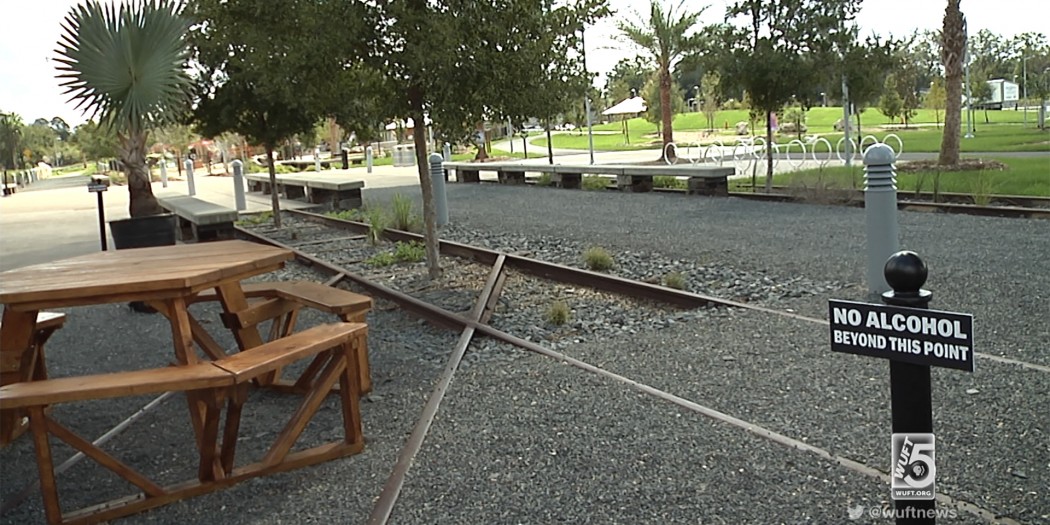 How Are Gainesville, Alachua County Going To Use Millions In Wild Spaces And Public Places Funds?

Alachua County implemented by referendum a surtax in January 2017 that takes a half-cent from every sales tax in the county and puts it toward land conservation and public parks. In a little over a year, the surtax has raised about $22.5 million.

The initial Wild Spaces and Public Places half-cent sales tax was voted for by the county in 2008 and started collecting revenue from Jan. 1, 2009 to Dec. 31, 2010. In that lifespan, $32,409,563 was collected countywide. In 2016, a renewed version of Wild Spaces and Public Places was approved by county voters. It began collecting money in January 2017. Under this latest plan, the collection will continue for eight years and bring in an estimated $130 million.

The county and its municipalities all receive portions of this funding, but the largest chunk, 57.17 percent, goes to the county and the second largest 35.78 percent, to the City of Gainesville, said Alachua County spokesman Mark Sexton. Thus far, the county has received about $12.5 million, which is ahead of the projected schedule.

Charlie Houder, the county’s parks and conservation lands director, said a majority of the county’s money goes toward land conservation instead of public parks. Alachua County owns or has a partial ownership interest in about 21,850 acres. These lands were purchased using a variety of funds including Wild Spaces and Public Places.

“Alachua County is a fast-growing community and if we’re not careful, some of our important natural areas will be lost to development,” Houder said. “Alachua County Forever and Wild Spaces Public Places gives us a mechanism to protect some of those natural lands.”

For a piece of land to be considered for conservation by the county, it first needs to be nominated by someone, Houder said. Then, the county has to contact the landowner to see if he or she is interested in conserving and selling the land. If so, the space then goes to the county’s Land Conservation Board, which is made up of citizens and meets about once a month.

The Land Conservation Board considers a variety of metrics, some of the main ones being the water resource value, biodiversity, and connectivity or wildlife corridors, Houder said.

If it meets the criteria, it will move onto the eligibility pool. If there are no more questions and the board is ready for it to move on, the land will go into the priority pool.

Those in the priority pool will be heard by the Board of County Commissioners.

The commissioners will decide if the land will go into the Alachua County Forever Active Acquisition List, which means the county will begin negotiating with the landowner for the property. About 100 properties are on the active acquisition list, Houder said, though it’s in flux and won’t be finalized for several months.

The county has standing contracts with independent real estate appraisers. After a property is added to the list, the county will use one or more appraisers to provide an estimate of fair market value. By law, if the property is worth more than $500,000, two appraisals will be made, which are usually averaged to set the appraised value. The appraised value then becomes the maximum amount the county will pay for a property.

Some recent additions to the list include the Weiss Tract, a 711-acre joint project with the City of Gainesville on US 441 just south of Turkey Creek Forest, and the Lake Tuscawilla – Franklin Crates property, a 161.68-acre property between the Barr Hammock Preserve and Price’s Scrub State Park.

Funds from Wild Spaces and Public Places goes toward these land purchases. But other funds are also used such as Florida Forever, a state conservation program that has six projects in the county, and Alachua County Forever, a county land-acquisition program.

“We will at least be able to choose who our buyer is,” he said.

Hutchinson said a third of the county’s sales tax comes from non-residents. This includes people who are visiting the University of Florida for sporting events or people who come from surrounding counties to shop in Alachua County.

The Wild Spaces and Public Places surtax allows the county to have developed parks and natural areas, he said. One of these spaces includes the Sweetwater Preserve. On the west entrance off of Southeast 16th Avenue and Southeast Williston Road, hikers roam the dirt trail with a woody overhang. Only five minutes through the entrance, the sound of nearby cars disappears to only the chirps of birds and crunch of leaves.

“That’s what makes an urban area livable,” he said.

Betsy Waite, the Wild Spaces and Public Places director in the City of Gainesville, said unlike the county, the city is focusing its portion of the surtax on restoring and renovating parks and recreational facilities.

From January 2017 to mid-March of this year, the city has collected about $7.5 million from Wild Spaces and Public Places and has spent about $1.6 million of that money, Waite said.

In Depot Park, parents chase their children around tiny fountains and up playground towers that are protected from the Florida heat underneath shade sail structures in the children’s play area. The shade structures were one of the projects funded through Wild Spaces and Public Places funds, Waite said.

Some other projects that the money went into include renovations and upgrades to the A. Quinn Jones Museum, the Hippodrome and the Ironwood Golf Course, Waite said.

Waite is scheduled to meet with the city commission within the next month to present a new round of proposed projects and designs. Some of these conceptual projects include adding a viewing and solar tower at Sweetwater Wetlands Park, upgrading Duval Park with more parking and play equipment, and adding improvements to Northside Park such as more parking and a walking trail.

“Parks are an important part of people’s lives and that enhance the community and enhance your well-being,” Waite said. “It’s hard to not feel at ease in a park or out in nature.”

Patricia is a reporter for WUFT News who can be reached by calling 352-392-6397 or emailing news@wuft.org.
Previous Standing Water Near Millhopper Road And In The Hammock North Neighborhood Stirs Concern Among Residents
Next How An Ocala Stylist Eases Ordeal Of A Haircut For People With Autism