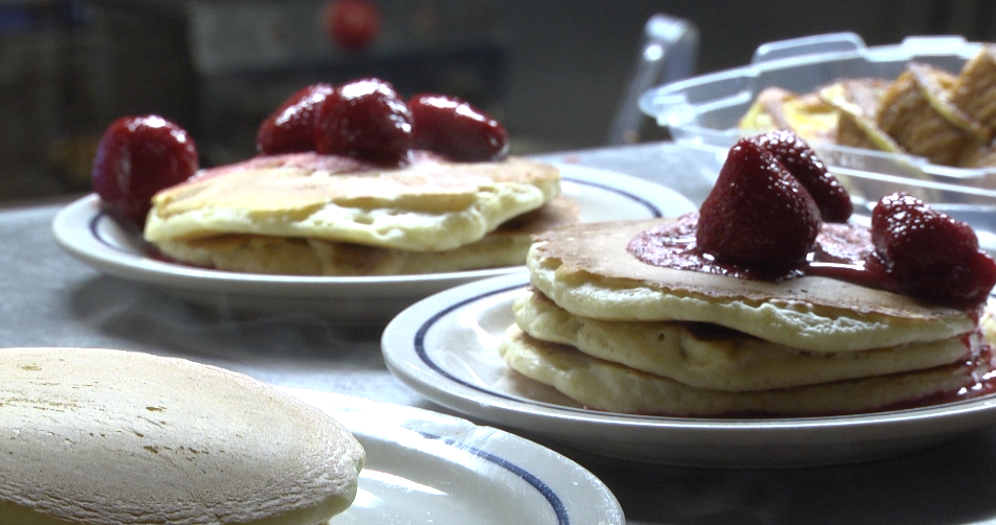 Doctors told Krystina Lopez Neira that her 14-month-old daughter, Izabella, would not live.

“She’s a child that was told she wouldn’t walk, talk, run, see or hear,” Neira said.

After a lung transplant at UF Health Shands Children’s Hospital, Izabella, now six years old, is living, playing and running around like a normal kid.

“She is a little fighter,” Neira said. “She is a warrior. She has been through so much.”

The Neiras are one of 100 ambassador families with UF Health Shands Children’s Hospital.

To raise money and awareness, 28 participating IHOP restaurants are giving out free pancakes in exchange for donations to the children’s hospital.

Scheller said the donations fund new hospital equipment and resources to help kids who are sick.

“Whether it is a new bed for the NICU [Neonatal Intensive Care Unit], or lifesaving medical equipment on one of the pediatric units, the impact is pretty incredible,” she said.

Besides physical additions to the hospital, Scheller said the donations go to improve hospital care and the atmosphere of the facility.

“All of the funds really have an impact on the way the kids are treated,” she said. “They are ensuring that all of the kids that walk through the doors of our hospital get the best care possible.”

The total amount raised by all participating IHOPs will be released in the coming weeks, she said.

“Some kids are out there fighting for their lives every single day,” she said. “There are hospitals willing to take care of them. Sick children are out there and they need your help.”

Meredith is a reporter who can be contacted by calling 352-392-6397 or emailing news@wuft.org.
Previous Florida Considers Increasing Penalty For Bee Colony Theft, But Will It Help?
Next Gainesville Restaurants Fundraise For Marjory Stoneman Douglas Fund