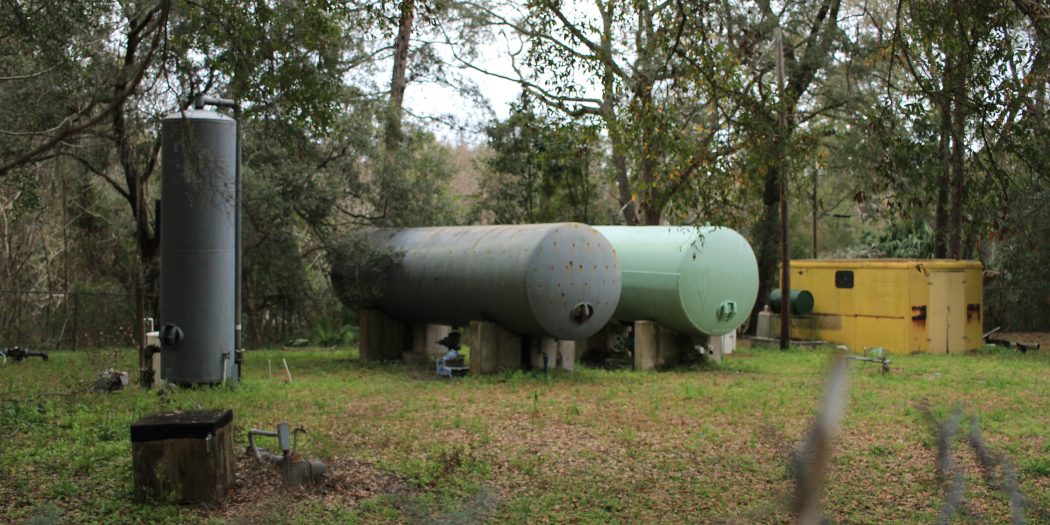 Kincaid Hills Water Company To Be Sold After Years Of Problems

Kincaid Hills, an area south of Southeast Hawthorne Road in East Gainesville, is the only community left in Alachua County serviced by a private water system, according to Public Service Commission records.

Kincaid Hills Water Company has been servicing the area since the 1960s when the neighborhood was formed, according to Berdell Knowles Sr., owner of Kincaid Hills Water Company. He said its original owners set up the system – that is still used today – because the city was not providing water service to the area. In 1988, Knowles acquired Kincaid with the intention of making it a family business.

However, Knowles said the company will be sold sometime this week. Knowles declined to give the name of the buyer but said that it is a larger private company with operations already established in Florida. Once the sale is complete, the new owner will notify residents of the change, Knowles said.

Over the years, Knowles had inquiries from four different companies about buying Kincaid Hills Water Company, and he finally gave in. The decision has led to mixed reactions among Kincaid Hills residents and utility customers.

Servance was disappointed when he learned of the sale.

“I wouldn’t have sold out, me personally,” Servance said. He added that he would have done whatever he needed to do to not sell if he were in Knowles’ place.

Bruce Doyle, 73, has lived in Kincaid Hills since 1973 and filed a complaint with the Florida Public Service Commission about the water company in October of 2016.

Doyle also had difficulty getting in contact with anyone at Kincaid when the phone was not working and still has concerns about the service.

“They seem to be going out of service frequently. It’s gotten to the point where we don’t drink their water, we used bottled water that we’ve purchased,” Doyle said. “I don’t know how safe their drinking water is. They’re a mom and pop organization, and it seems at the most inopportune times the service goes out.”

In regards to the upcoming sale, Doyle said it will be fine if the new company can update the equipment and system without disrupting service. However, he knows it means rates will probably increase, which Knowles declined to speculate about.

“It’s a constant hassle, so this is good news,” Doyle said.

As a resident of East Gainesville and a neighbor to Kincaid Hills Water Company customers, Knowles said he personally knows some of his customers.

“I’ve told as many as I could and they don’t appear thrilled to it, but I think they understand what has to be done,” Knowles said.

In July 2017, Kincaid Hills Water Company was given notice that a show cause proceeding would be enacted if years of overdue Regulatory Assessment fees, penalty fees for late Annual Reports and written responses to customer complaints were not submitted by August 31. Failure to pay would result in additional fees and a revocation of the company’s certificate, according to the PSC report.

Later that year, the PSC opened a show cause proceeding against Kincaid Hills Water Company for failing to pay RAFs in 2008, 2009, 2012, 2013 and 2016; for not submitting Annual Reports on time for the years 2009 to 2013; and for failure to address customer complaints, according to the PSC document.

By November of 2017, Kincaid Hills Water company’s unpaid RAFs and penalties with interest totaled $22,403.19. Annual Report penalties added up to $14,376 and unaddressed customer complaint penalties were $750, according to the PSC report.

On December 14, 2017, the commission initiated certification revocation proceedings, according to the PSC document.

“We are concerned that Kincaid’s management does not understand how to and is not willing to commit the time to operate a utility…,” the report stated.

In addition to the years of noncompliance with PSC, the Better Business Bureau gives Kincaid Hills Water Company an “F” rating, citing a failure to respond to customer complaints.

Kincaid has also remained in noncompliance status with the Environmental Protection Agency for 12 straight quarters – since late 2014, according to EPA records. The latest violations in 2017 ranged from noncompliance with the Revised Total Coliform Rule, a rule to ensure adequate water quality by indicating the presence of any pathogens, and the Consumer Confidence Rule which requires water systems to send annual water quality summaries to consumers.

Knowles acknowledges now that he “can’t do it anymore” and that Kincaid’s buyers will be in a better position to make the needed improvements to the system than he was.

“I’ve got mixed feelings about it. The maintenance and all the work just got to be a little much for me,” said Knowles.

Savannah is a reporter for WUFT News who can be reached by calling 352-392-6397 or emailing news@wuft.org.
Previous Pine Beetle Infestation Temporarily Closes San Felasco Trail
Next Feb. 13, 2018: Morning News In 90