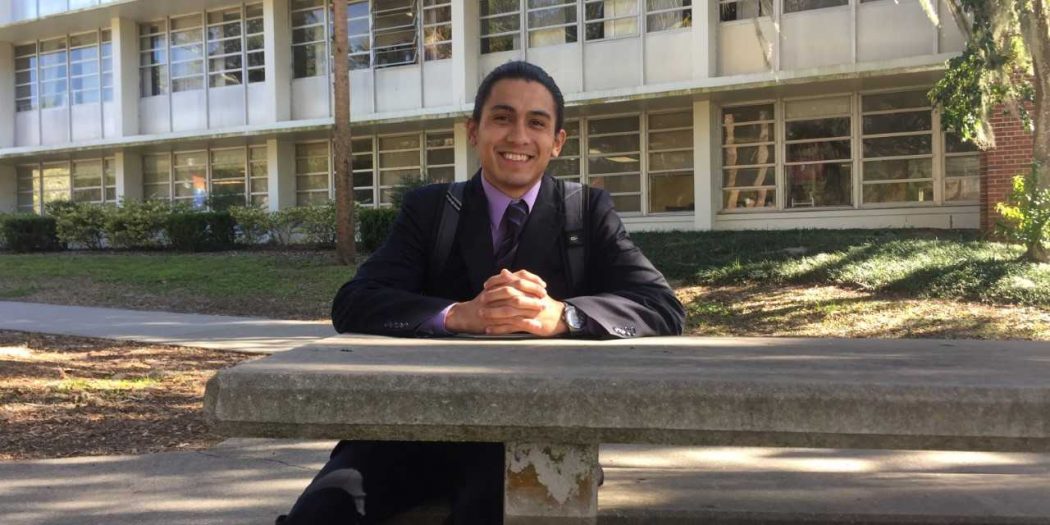 University of Florida student Marcos Bruno is in his fourth year working to finish a bachelor’s degree in engineering.

He’s 25 years old. His parents brought him here from Argentina at age 9. He said he overcame two major delays in his life — a flight to America scheduled for Sept. 11, 2001 (he instead flew to the U.S. a year later), and a delayed college enrollment since he had to work to pay tuition.

In the rollout of the White House’s four-pillar immigration plan, President Donald Trump on Tuesday made the case to address border security, restrictions on family-based immigration, and the diversity visa, in exchange for allowing 1.8 million young unauthorized immigrants to get legal status and eventually U.S. citizenship in 12 years.

The Development, Relief and Education for Alien Minors program or better known as the DREAM Act was terminated last September. And lawmakers’ fight to renew it is allowed to hit only a few bumps, including the last shutdown, before the next deadline of Feb. 8.

Bruno said DACA helped others understand the struggles students like him have to go through. He says even buying a phone or a latte in a Communist country can be difficult. So, too, was his father’s business, mugged by thugs and shunned by a defunct law enforcement in Argentina, before he decided to move to America in 2010.

Bruno says he’s frustrated by the president’s speech and what he says are misleading statements about DACA recipients.

“Trump has a good way of tailoring his speeches so that it gets people going. I understand where he’s coming from, that he would treat American citizens different than DACA, but then you also talk about what makes you better than me, so I have had arguments with people that think DACA don’t deserve citizenship,” Bruno said.

Even finding a job at Starbucks to afford this education had been an uphill struggle for Bruno before DACA was enacted.

“These people don’t know how hard it is. Why don’t you go through the same process and see how hard it is? So let’s get into a qualifying game and see who gets (citizenship), and if you lose, you have to leave to go to a place you don’t even know of. But, no, you were born here,” Bruno said.

Richard McMaster is president of the local activist group Welcoming Gainesville, which participated in a 2010 demonstration march from Miami to Congress in Washington to petition.

He remarked that President Trump couldn’t just make a link between undocumented children and gang members or even terrorists.

“With all kinds of hysterical ideas that this is how the terrorists are gonna come in, even if one of your parents came here without proper papers, and they brought you when you were two years old, you probably are native-born American citizens,” McMaster said.

In his address, President Trump criticized the current system for allowing MS-13 gang members and the two naturalized and then radicalized terrorists in New York to attack American citizens.

Both McMaster and Bruno agreed that people were easier to connect than to be divided, so long as they’re willing to get out of their bubble of thoughts and opinions to interact with the real people and real stories.

The Florida House this session has passed a bill (HB 9) to crack down on cities and counties that don’t comply with federal immigration authorities. The bill stalled in the Senate, but McMaster said his group remains ready to get involved in legislative battles.

Although Bruno already reapplied for the program last October, but his future remains uncertain.

Quan is a reporter at WUFT News who can be reached by emailing news@wuft.org or calling 352-392-6397.
Previous Feb. 1, 2018: Morning News in 90
Next UF Researcher’s Breakthrough Could Restore Sight For People With Vision Loss