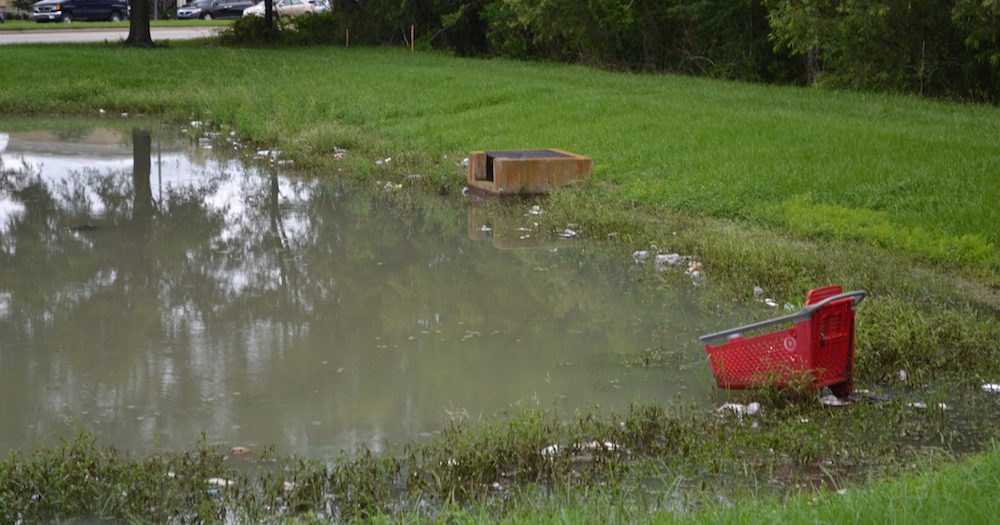 How Much Arsenic Is In City of Gainesville Tap Water?

This story is a part of Untold Florida, a WUFT News series built from your questions. Marleen, an audience member asked us, “What are the arsenic levels found in our City of Gainesville tap water?”

Update, Jan. 18: After publication, the co-owner of a local well testing company called to say it is in fact common for tests of well water within the City of Gainesville to show elevated arsenic levels.

“It’s important that people get their wells tested,” Courtney Zukosky, of Best Water Solutions, said. She noted that the story below refers specifically to Gainesville’s municipal water sources, not private well water.

She said she and her husband’s company has tested many properties within city limits, noting no specific geographic concentration. One neighbor’s arsenic level could be much higher than their next-door neighbor, in her experience, and another neighbor could have no arsenic at all.

Zukosky called arsenic “fickle,” and it’s based on many factors including the depth of the underground water source.

“It could happen anywhere,” she said.

On 74 occasions, the reading was higher than 0.0002 milligrams per liter.

The maximum contaminant level is 0.0104 milligrams per liter, and only twice — back in 2008 — did the measurement exceed 0.01. In that case, it was raw tap water at Windsor Baptist Church & Academy, and the water was for “clearance sampling.” That was “prior to opening” the water treatment system at the church, according to Joni Petry, an environmental consultant for the Florida Department of Environmental Protection.

Sampling from an entry point is the last tap at the water treatment plant prior to distribution. It is representative of water that is received by customers, according to the DEP. Water is also sampled through a raw tap, which comes from individual wells and prior to treatment.

Increased monitoring of the system is conducted to determine if it is an issue and would be completed prior to permitting the installation of a treatment system, Petry said.

“When the MCL is exceeded, systems will do quarterly monitoring, which (all of Windsor’s) subsequent samples were below the MCL,” Petry said. “The system is considered in compliance with the requirements.”

Typically, there is a very low detection level of arsenic in water systems, Petry said.

“Arsenic is one of the inorganic contaminants that all of our community water systems are required to test,” Petry said. “Arsenic will be detected, but it is not considered a health concern or a violation of the drinking water standard until it exceeds that MCL level.”

Russell Simpson, the ombudsman for the Northeast District for the Florida Department of Environmental Protection said the state only gets involved if the arsenic level exceeded the Maximum Contaminant Level to make sure the level was brought back to compliance.

“It would be incumbent on the utility company or whoever is responsible — the engineers responsible to have those methods in place to be able to enact them to bring the levels down if that were necessary,” Simpson said. “It’s not really our place to tell them how. It’s our place to oversee to ensure they do. We’re the regulator and they’re the regulated.”

The water that Gainesville Regional Utilities (GRU) provides is confirmed to be much lower than the Maximum Contaminant Level (MCL); its levels are considered non-detectable, Rae Hafer, a GRU utility engineer, said.

It is important to note that smaller municipalities in the county may have different water systems, Jennifer McElory, an environmental engineer for GRU, said. Hafer said to have a lifetime risk of getting sick from having arsenic in your water, you’d need to drink two liters of water a day at its MCL. She said it is the equivalent of a 1-in-10,000 lifetime risk.

Hafer said in testing their water, they use sophisticated instruments. She said they’re looking at levels like parts per trillion or parts per billion. Hafer said arsenic is non-detectable and has a low number because sometimes that is as low as the instrument can get.

GRU obtains water from one wellfield that supplies drinking water to about 190,000 customers, Hafer said.

Hafer said the Murphree Water Treatment Plant is surrounded by 7,100 acres of land that’s permanently in a conservation easement. The water that GRU customers drink comes out of the Floridan Aquifer and is about 500 feet deep. Hafer said there’s a protective barrier of clay around their wells to ensure GRU can provide high-quality drinking water for generations. Hafer said they’re not allowed to use fertilizer near their wells.

“There’s more restrictions than even what the state has,” Hafer said. “People don’t want to understand how much goes into the standards. Our levels are similar to what’s considered pristine.”

Because GRU’s water is groundwater, the utility is required to test its water once every three years. Hafer said surface water changes more than groundwater.

“You’re looking at several hundred feet deep and if you get years of non-detect results, we’ve got your baseline, we understand your behavior — there’s not much changing and so you can do a reduction in monitoring,” Hafer said.

Hafer said arsenic is something that’s more of an issue in the soil in Western states, where it can exist in the soil. With the erosion of natural deposits and runoff from orchards, she said cities work to address it. You can also have situations where it’s man-made, which is why GRU tests more for arsenic and conduct additional testing if anything was done near the plant.

Jennifer McElroy, an environmental engineer at Gainesville Regional Utilities, said GRU will conduct more testing if they did something new on the site of the water plant. In addition, she said the pipes that go from the well field to treatment plant are sealed and pressurized.

“There’s not an opportunity for input,” McElroy said. “We don’t have arsenic in the pipes that would leach out.”

McElroy said the only time something could get into the pipe is if it physically broke. If the pipe were to break, they would notice the pressure escalation and they would isolate the area, issue a boil water notice and conduct quality testing on the area.

McElroy said for arsenic to get into their water would require an act of terrorism.

“I’m not going to disclose anything, but we have really sophisticated security too,” she said. “So, we don’t anticipate that being a problem at all. There’s no reason to think that next year we would end up having arsenic in the water.”

Hafer said one of the worst things she’s seen in her career is improperly installed and maintained water filters in private residences. She said bacteria is her main concern.

“It’s not terribly sexy, but bacteria is what the main concern is and people don’t get too excited about bacteria, but that’s what we worry about,” Hafer said.

Hafer said she wants people to understand the effort that GRU makes to ensure they provide safe drinking water.

The last 10 years of sampling results can be seen here. (The blue highlights were the only levels near the Maximum Contaminant Level; GRU’s samples are in blue.)

Christina is a reporter for WUFT News who can be reached by calling 352-392-6397 or news@wuft.org.
Previous Jan. 17, 2018: Morning News In 90
Next Health Officials: Still Time For Flu Vaccinations