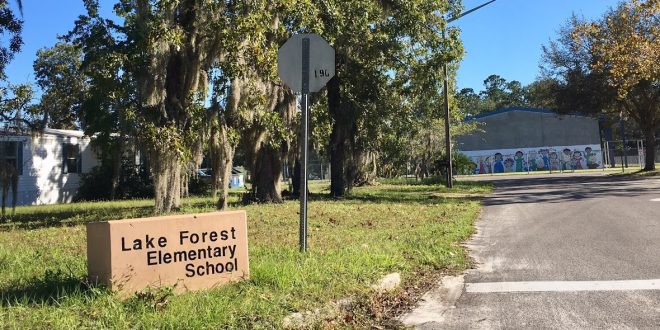 Karla Hutchinson served as the principal at Joseph Williams Elementary School in east Gainesville for four years before transferring to nearby Lake Forest Elementary in 2016.

Then, in 2017, with new programs and initiatives implemented by Hutchinson, Lake Forest received a C grade, ending its streak of five straight F’s, from 2012 to 2016.

“Motivation and believing in the children will help this improvement continue,” Hutchinson said.

Elementary school grades are calculated by looking at scores of standardized tests in English language arts, math and science. They also consider learning gains, especially those of the lowest 25 percent, for English and math tests, according to the 2016–17 Guide to Calculating School and District Grades.

“Schools with very low grades are also usually subjected to monitoring by the [Florida] Department of Education,” said Jenny Wise, executive director of secondary education in Alachua County. “The FLDOE requires these schools to have turn-around plans, and we had one with Lake Forest last year.”

While Hutchinson was the principal at Joseph Williams Elementary, the school had consistent B and C grades.

For the F-to-C climb at Lake Forest, the administration focused on analyzing school data and having high expectations for teachers, students and parents, Hutchinson said.

Lake Forest made its largest jump in scores on science, but the school improved in the three areas tested because teachers focused on all subjects equally, Hutchinson said. The improvements are shown in this bar graph: 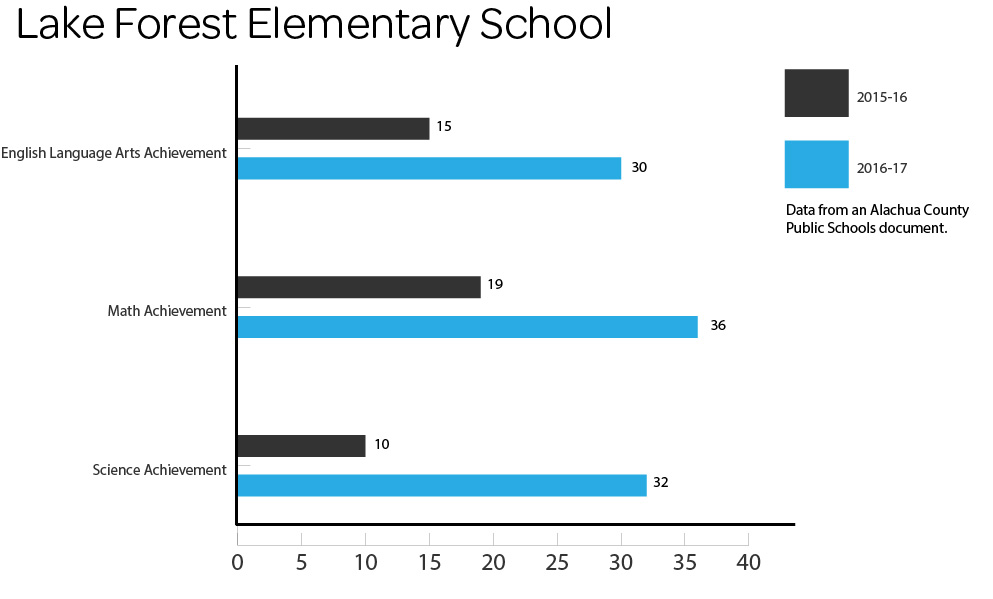 “Mrs. Hutchinson worked tirelessly to support teachers in their lesson planning and delivery in addition to monitoring the progress of each student,” Wise said. “They offered Saturday boot camps for students and had many supports in place to help students make academic improvements.”

Once Hutchinson transferred, Jacquette Rolle became principal at Joseph Williams, which is only 3 miles from Lake Forest.

Rolle said she hopes Joseph Williams will continue to improve like it did under Hutchinson. Two things she’d like to do are implement parent nights and reorganize the PTA to get parents more involved with their children’s schoolwork.

Gungeet Joshi, a parent of a student attending Joseph Williams, said she’d like to see further improvements, as well.

“You can definitely see the classes need some renovation in terms of the resources that will attract kids’ attention and make learning more fun,” Joshi said.

Lexie is a reporter for WUFT News and can be contacted at 314-307-9417 and through email at alexissmiller@ufl.edu. Her Twitter handle is @lexiemiller913.
@@lexiemiller913
Previous Newberry Exploring Possibility Of Ag-Focused Research Park
Next Midwifery Seeing Upticks In Alachua County, Nationally