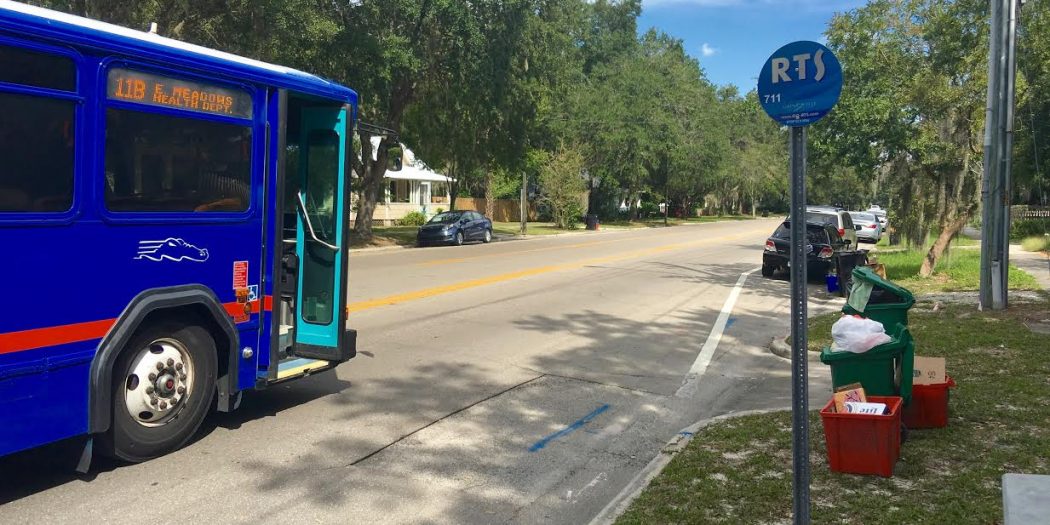 How has the bus system changed?

Roberta Morgan rides the bus everyday. She takes it to the downtown library, the grocery store and even the mall. But lately, her everyday rides have been in the company of fewer and fewer.

Being a 63-year-old woman in a predominately driving community is hard because Morgan no longer uses a car. The bus system is the only form of transportation she has left.

“I’ve watched the bus system change over the years,” she said. “When I was younger and rode the bus in high school, you would see packed buses with a mix of people, businessmen, white-collar workers, teachers, lawyers. But over the years, its changed.”

She continued, “Here the Gainesville RTS is seen as transportation for only the poor community. But, in my opinion, if you want to have a prosperous city, you must have a good transit system.”

Morgan said the only people who ride her bus now are those in the older community or who don’t have another form of transportation.

“I mean my bus always seems full,” she told WUFT, “but the crowd isn’t the same. I don’t trust Uber or any of that. It’s probably not safe and I don’t plan on finding out if it is.”

What caused the decline?

The bus demographic continues to change as other modes of transportation appeal to the up-and-coming generation.

However, the slow decline of the bus system is not unique to Gainesville, as the city is mirroring national statistics.

“We have seen a decline in ridership in the last year and the year before,” he said. “But RTS is still one of the top transit agencies compared to most cities in the state.”

Skinner said there are a myriad of factors that influence decreasing ridership in Gainesville. Different modes of transportation such as bikes, ridesharing apps and walkability push the bus system’s expiration date, especially among the younger population. Because of this, the demographic of riders has also changed.

“The reduction in gas prices play into all of this as well,” Skinner said. “There has also been an influx of scooters on campus and in the city. We have riders who want some degree of freedom so they choose private transportation over public.”

Skinner said students typically won’t wait anywhere from 15 to 30 minutes for a bus, so they use ridesharing apps or their own transportation.

Brandon Griffith is a cook at Original American Kitchen downtown. He uses the bus to get to and from his shifts. And over the years, he has been affected by the declining bus system.

“I mean, I don’t have another form of transportation,” he said. “I rely on [the bus] to get me where I need to go.”

He has lived in the city for almost five years, watching the system change as Roberta Morgan did. Now, the majority of bus riders Griffith commutes with are older. The students only take campus buses, he said.

“I have to take the bus,” Griffith told WUFT. “With Uber and stuff you have to have a credit card, and it can’t be a prepaid credit card. I can’t get a credit card so I can’t use Uber. If there was no buses, you know, I’m not able to get around no where.”

Because of decreasing ridership, many bus routes, pick-up times and stops have been altered. But Griffith and other riders continue to use RTS over the alternatives.

What changes have been made?

Chip Skinner said RTS and the University of Florida meet three times a year to check-up on bus routes. It’s important to the two entities that the buses are utilized efficiently and effectively, which is why routes continually change, Skinner said.

“We make sure underused routes are adjusted to help decrease wait time and crowdedness on highly used routes,” he said.

In the fall of 2017, RTS adjusted 12 bus routes and added two, according to the RTS website. The changes in routes were made to improve wait times on overused stops, while underused stops were discontinued or rerouted.

“Ideally in the future we don’t want people to wait longer than 30 minutes for a bus to come full circle from a route,” Skinner said. “We’re not there currently. We need funding, but someday we’ll get there. We keep monitoring the routes and changing them when necessary.”

Most students in Gainesville choose alternative modes of transportation, especially when it comes to late night riding, Skinner said.

“[RTS] surveyed people who use the later bus services and found that students prefer Uber and Lyft,” he said.

This makes it harder to keep bus services running late at night. If the buses are not used efficiently, there is no reason for the city to run them.

What do millennials think?

Many students strictly use the bus to commute on campus, and prefer to walk, drive or scoot around Gainesville.

Christine Davis, a 22-year-old chemical engineering major, added to the 2.88 percent decrease. She now uses personal transportation over RTS to commute around Gainesville.

“I used to take the bus to campus all the time because I was living in Gainesville Place,” Davis said, “but I’m not the most punctual person. The bus wasn’t always reliable, and I hated having to stop every single second on my commute to campus, so I bought a scooter last March.”

Having personal transportation allowed Davis to keep flexibility in her schedule. She can get to class easily and grab lunch off campus quickly.

“I usually use my car over my scooter,” she said. “There’s still imminent danger when I’m scooting, so to me, my car is the safest option, especially if parking is lifted, and I have class at 5 p.m.”

When she goes out downtown, Davis and her friends prefer alternative transportation to the bus.

“If I’m going out at night with a group of friends, there a very small chance I might take the Later Gator Bus,” she said. “I’m Ubering because you can split the fare with your friends easily, and it’s fast.”

Davis’ friend, Yanely Garcia, a 20-year-old industrial engineering major, added, “Oh if it’s late at night and I went out, I’m calling an Uber over waiting for a bus any night.”

The younger generations determine the future of public transportation, and as it competes with other modes of transportation, RTS will continue to adjust its system, Chip Skinner said.

Sammi Sontag is a WUFT reporter and can be contacted by calling (850).206.2749 or by emailing ssontag@ufl.edu.
@@sontag_samantha
Previous Florida Governor Loses In Court Battle Over Nursing Homes
Next Oct. 30, 2017: Morning News In 90 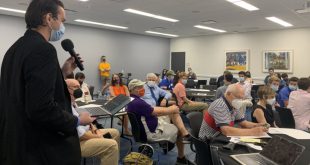 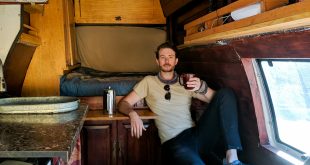 The ‘van life’ trend has reached Florida. Here are a few people who have embraced it

Within the van life community, there are three groups.