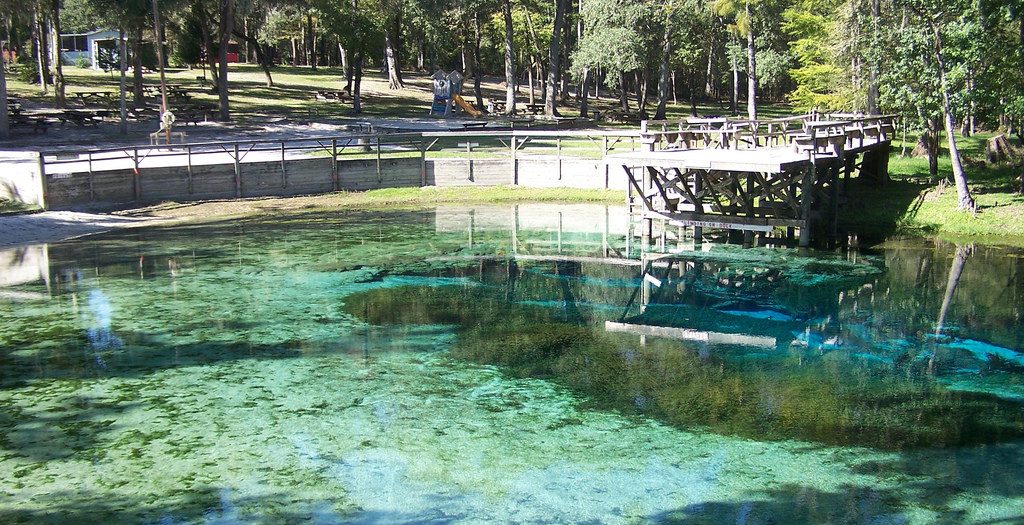 Blue Springs Park in Gilchrist County is now on the path to becoming a state owned property.

The Florida Cabinet on Wednesday morning approved purchasing the 407-acre property along the Santa Fe River for $5.25 million.

Agriculture Commissioner Adam Putnam said that was a great price — far below the asking price. A real estate listing on Zillow, for example, priced it at $10 million.

“This is a fantastic acquisition… substantially under what their asking price recently was,” Putnam said.

The park received ringing endorsements from those who have been there.

“It really is a jewel of north Florida,” Department of Environmental Protection Secretary Noah Valenstein said.

Valenstein, a native of Alachua County, said the state will now begin a review to see if it should be operated as a state park, or within the Department of Greenways and Trails. That puzzled Putnam who didn’t understand why this new property would not naturally be a state park, given all the amenities and what you can do there.

“If you can park there, use the bathroom there, buy a hot dog there, pitch a tent there, drop a canoe in the water there, scuba dive there, what’s the difference — bureaucratically — between whether it’s in the office of Greenways and Trails or Division of Recreation and Parks?” he asked.

Valenstein said it has to do with the state effort now for “blueways,” waterways that can be connected in the state, much like greenways. The Blue Springs property will include six springs — four of them named — and frontage along the river.

It’s been a private park since 1958, and is in the vicinity of other well-known springs, Ginnie Springs and Poe Springs.

Forrest is a radio news manager for WUFT News. Reach him by emailing news@wuft.org or calling 352-392-6397.
Previous Both Sides Pressure Scott On Schools Bill
Next Meadowbrook Golf Club Closes Because Of Flooding