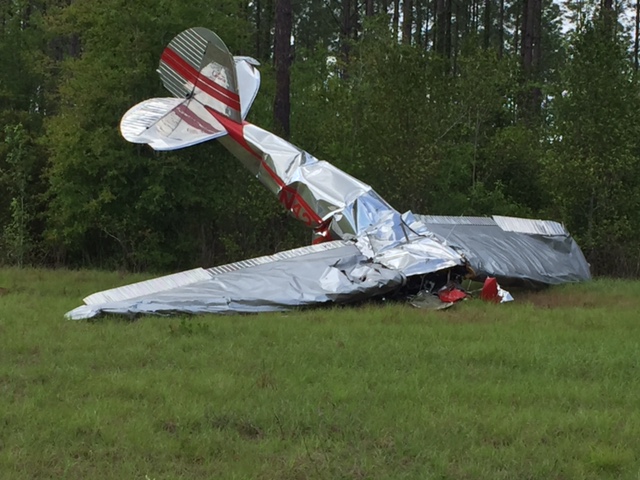 Four people were killed Sunday afternoon when a single engine plane crashed at the Williston Airport.  The identities of the four were not immediately known, nor was the cause of the crash.

A press release from Williston Police Chief Dennis Strow says a report of a crash came in at 1:12pm, and police as well as Williston Fire-Rescue and Levy County EMS responded.  They found the plane, a 1948 Cessna 170 Tail Dragger had crashed at the tree line on the north side of the airport’s taxiway.  Four people were in the passenger section of the plane and all were dead at the scene.  The plane was registered in Texas.

The FAA and the National Transportation Safety Board will be heading to the scene to handle the full investigation.  The type of plane identified in the crash was produced from 1948 to 1956 according to the Cessna Aircraft website.  It’s known for the tiny wheel under the tail used to keep that part of the plane off the ground, hence the  name “Tail Dragger.”