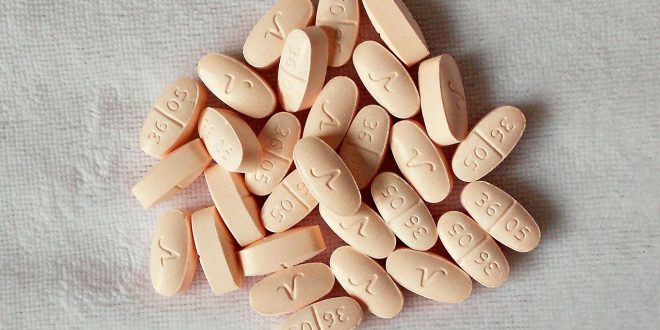 The announcement came as officials from Central and South Florida have been clamoring for a public-health emergency declaration on the raging epidemic.

Flanked by law-enforcement officials in the hallway outside their Capitol offices, Scott and Bondi outlined an effort that also includes working with a pair of pharmaceutical companies — Adapt Pharma and Amphastar — to lower the cost of overdose-treatment medicine for first responders and local governments.

“We’re hearing from people all over the state with their ideas,” Scott said. “The goal with this is to try to organize those ideas to see if we can find out exactly some things we can do to have an impact.”

Bondi, who has been named to serve on President Donald Trump’s Opioid and Drug Abuse Commission, said the crisis is not specific to Florida and “no short-term fix is going to help this problem.”

Sen. Jeff Clemens, a Lake Worth Democrat who watched the press conference, said “more immediate solutions” are needed. He also questioned why a public-health declaration couldn’t be issued, similar to Scott’s order last year regarding the mosquito-borne Zika virus or the governor’s 2011 effort against “pill mills.”

“Earlier today, we declared a state of emergency for wildfires in the state of Florida that have killed exactly zero,” Clemens said. “I think we need to pay attention to an epidemic that has caused the death of thousands in the past several years.”

The federal Centers for Disease Control and Prevention, which said the death rate from synthetic opioids other than methadone increased 72.2 percent from 2014 to 2015, reported 3,228 deaths by overdose in Florida in 2015, the most recent year for statewide numbers. While not all the deaths were tied to the opioids targeted Tuesday, a year earlier the federal agency posted 2,634 overdose deaths in the state.

Officials from Palm Beach and Martin counties have requested the public-health emergency declaration to heighten awareness to the situation and to advance state general-revenue money in anticipation of $52 million that Florida is scheduled to receive this fall from the federal government to combat the epidemic.

“There are lots of people that are going to die between now and the time DCF (the Department of Children and Families) starts holding these forums in our communities,” Clemens said. “I’m excited that two of our Cabinet members are now talking about the problem. But there is so much more that can be done.”

Bondi said emergency declarations regarding Zika, hurricanes and one issued earlier on Tuesday for wildfires, are “short-term” situations.

“This is a national, ongoing, long-term epidemic, that’s why we’re going to tackle this from a national level,” Bondi said.

“We’re going to see what we can learn,” Scott said.

Scott said workshops will be held in Palm Beach, Manatee, Duval and Orange counties. No timeline was given about when recommendations would be made.

“We’re going to get the workshops done as quickly as possible,” Scott said.

Bondi said there is also an educational component to their effort.

“Kids don’t get it. Twenty-something’s don’t get it. A lot of adults don’t get it,” Bondi said. “If you take one of these pills, you could be addicted for life or drop dead, because you don’t know what is in them.”

Bondi and Scott pointed to two pieces of legislation that they are behind.

One measure (SB 477) would add the synthetic drugs fentanyl, carfentanil and several others to Florida’s drug trafficking statute. The proposal would give state prosecutors the ability to seek stronger sentences against drug traffickers selling those drugs.

The second measure (SB 788), sponsored in the Senate by Clemens, is intended to regulate “sober homes” by cracking down on deceptive marketing practices used to attract people to the “recovery residences.”

Bondi said the goal is to close uncertified “sober homes.”

“They’re going around the country marketing themselves as, `Bring your child down here, bring your loved one down here, and we’re going to cure you, we’re going to help you,’ ” Bondi said. “What they’re doing is further addicting them to drugs.”

The News Service of Florida is a wire service to which WUFT News subscribes.
Previous April 12, 2017: Morning News in 90
Next Prosecutor Challenges Florida Governor Over Removal From Death-Penalty Cases