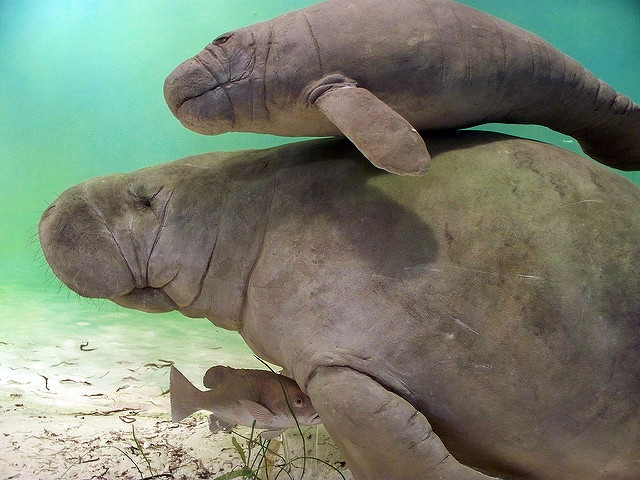 Florida wildlife officials say their annual manatee survey counted 6,620 of the sea cows — the most since the state began the census in 1991.

The Florida Fish and Wildlife Conservation Commission announced Monday that the aerial survey found 3,488 manatees on the east coast and 3,132 on the west coast.

The state used a team of 15 observers from 10 organizations to conduct the count.

It’s the third straight year the manatee census has topped 6,000. That compares to the first five years of the survey, when fewer than 2,000 manatees were spotted.

Last year the federal government downgraded the sea mammal’s protected status from endangered — which means they are facing extinction — to threatened because populations have rebounded.

Editor’s Note: The West Indian Manatee is still classified as endangered by the U.S. Fish and Wildlife Service. In January 2016, the FWS proposed to reclassify the manatee from endangered to threatened, but the proposed reclassification is still pending.

The Associated Press is a wire service to which WUFT News subscribes.
Previous Plane Wreckage, Bodies Found Off Of Cedar Key
Next Death Penalty Cases Allowed To Move Forward