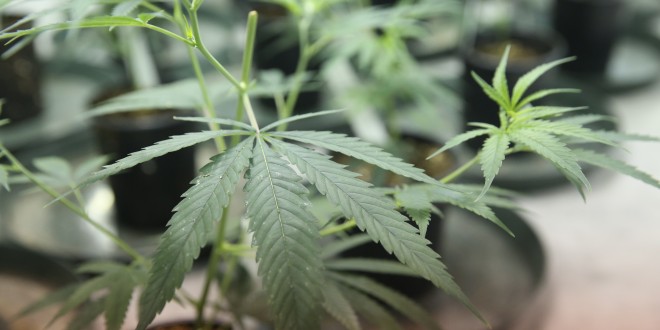 Even as Florida prepares to carry out a constitutional amendment authorizing medical marijuana, a lack of guidance from health officials could create a “very murky and dangerous legal area” for patients and doctors.

Authors of the amendment, industry insiders and legislative leaders have called on the Department of Health to clarify what doctors and dispensing organizations can legally do under existing state laws and the voter-approved amendment that went into effect on Tuesday.

To date, the health agency has remained mum, referring only to the language of the constitutional amendment overwhelmingly approved by voters in November and to state laws approved in 2014 and 2016.

Health officials have repeatedly refused requests for an interview with Office of Compassionate Use Director Christian Bax, who has been at the helm since the state’s first pot purveyors started cultivating this year.

Recent questions center on whether doctors are allowed to add to an existing state database patients who qualify under the constitutional amendment, which includes a host of diseases not previously authorized for cannabis treatment.

Medical industry officials and a state lawmaker instrumental in the passage of current laws regulating medical marijuana advised doctors to be cautious.

“If you are suffering from one of the conditions that is listed in the constitutional amendment and you sought medical cannabis for those treatments, you would be working and dealing in a very murky and dangerous legal area,” state Sen. Rob Bradley, R-Fleming Island, told The News Service of Florida Tuesday.

A Department of Health spokeswoman provided little insight Tuesday when asked whether physicians are allowed to add patients eligible under so-called Amendment 2 to the existing database.

“Doctors should probably consult their legal representation to ask that question,” agency spokeswoman Mara Gambineri said in a telephone interview.

Under current laws, doctors may order non-euphoric marijuana for patients with chronic muscle spasms or cancer, or full-strength marijuana for terminally ill patients.

But some doctors have started to add patients who meet the requirements of the broader Amendment 2 to the state-run “compassionate use registry,” even before health officials have crafted rules governing the newly approved amendment.

“I’m leaning toward telling any physician out there to be extremely careful,” Florida Medical Association General Counsel Jeff Scott told The News Service on Tuesday. “I certainly wouldn’t proceed to order medical marijuana under the expanded category of conditions pursuant to Amendment 2 until there’s been legislative or rule-making action by the department.”

Bradley said he plans to shepherd a bill laying out guidelines for the constitutional amendment during the legislative session that begins in March.

In the meantime, proponents of Amendment 2 as well as some marijuana operators are demanding that the department provide adequate guidance to the industry about the proposal approved by more than 70 percent of Floridians in November.

Ben Pollara, campaign manager of the political committee that led the drive to pass the amendment, accused the department of failing to provide clarity to doctors and patients about the impact of the constitutional amendment.

“And until the department issues some serious clarifications, there’s a state of mass confusions with patients and physicians,” Pollara said in a telephone interview Tuesday. “It’s creating some undue chaos that needs to be alleviated sooner rather than later.”

Privately, industry operators complained fiercely about the department’s silence on the issue.

The agency has a brief message about the amendment posted on its website, advising that the initiative would become effective Tuesday. The current Florida law “remains in effect and the Florida Department of Health, physicians, dispensing organizations, and patients remain bound by existing law and rule,” the website reads. “Following Amendment 2’s effective date, the Department is directed to promulgate rules to implement Amendment 2 within 6 months, and to implement those regulations within 9 months.”

Another unanswered question is whether the dispensing organizations — licensed by the state to grow, process and distribute medical marijuana — will be in trouble for providing cannabis to patients who are registered in the state database but do not meet eligibility criteria under the 2014 and 2016 laws.

Currently, a patient must have a 90-day relationship with a doctor, who has to certify that the patient meets the requirements for the non-euphoric marijuana or, if terminally ill, for full-strength marijuana. The doctor then must enter the patient and treatment delivery orders into a state-run database.

State law makes it a crime for doctors to enter patients into the database if the patients do not meet the current statutory criteria for marijuana treatment.

Under Amendment 2, patients do not have to be entered into the statewide registry. Instead, doctors recommend the marijuana treatment, patients are then given identification cards — issued by the health department — and “medical marijuana treatment centers” fill orders for the cannabis treatment.

“If there is confusion as to who is allowed to be on the registry or not, then that puts the dispensing organizations in the position of potentially selling to someone who is not legally authorized to make a purchase,” Pollara said.

But the head of at least one dispensing organization believes companies like hers do not have to wait for the amendment to be implemented, as long as doctors have ordered the treatment.

The industry remains divided on the issue.

“Given the significant public interest regarding Amendment 2, it’s not unexpected that there are divergent opinions as to the implementation of the amendment in this highly regulated industry,” lawyer John Lockwood said. “But I would hope that we will not play politics regarding this issue and will instead work to ensure that the will of the voters is respected.”

The News Service of Florida is a wire service to which WUFT News subscribes.
Previous Q & A With Film And Television Director Tianyi Qin
Next After Pulse Shooting, Fla. Gov. Wants $6M For Counterterrorism Agents

Officials are starting the redistricting process after the 2020 Census, and for the first time, …