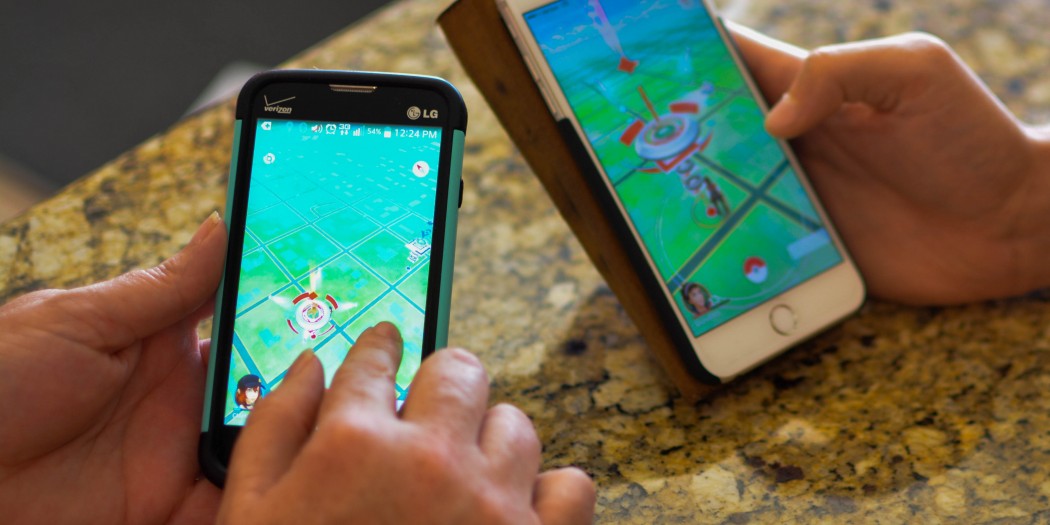 On Foot And In Cars, Pokémon Go Players Affect Traffic

Diana Child can thank Nintendo for her recent weight loss. She said she has lost two pounds since she began playing Pokémon Go.

“The more (Pokémon) I saw, the more I walked. And I’m like ‘Wow, I haven’t walked this far in ages’,” Child said. The Chiefland woman is not the only one adding physical effort to her daily regime.

Tyler Brown, who has been playing Pokémon Go since it launched Wednesday, has walked more than 50,000 steps in four days. “And almost all of that has been from Pokémon Go,” Brown said. While the nostalgia is what drew Brown to the game, the physical exercise involved is his favorite component.

Last week the mobile game Pokémon Go was released in various places around the world, including North America. Not only has the app caused an increase in foot traffic as players chase little virtual beings, even vehicle traffic has been affected.

Child said she was on her way into town recently when she found herself stopped behind a row of cars. Eventually all the cars began to pass the car that had stopped traffic, and Child saw that the driver was playing Pokémon Go.

“He has got cars backed up for three or four blocks, and he’s trying to catch a Pokémon,” said Child, who used to play the Pokémon Game Boy games with her son when he was younger.

The augmented reality mobile game is currently the top free app on both iTunes and Android app stores. Investors pushed the stock value up 20 percent Monday, according to The Wall Street Journal.

But what exactly is Pokémon Go?

Pokémon Go is a game created by The Pokémon Company International and Niantic, Inc., a software development company that started at Google but has since gone independent.

Niantic specializes in augmented reality games, mobile games that function in conjunction with the real world. Pokémon Go tracks players using GPS in the real world and reflects their movements on a map in the game.

Paul Burgermeister, the lead production coordinator at the Digital Worlds Institute at the University of Florida, said the game’s technology isn’t new.

“Fundamentally, it uses Google Maps. This isn’t the first game out there to do this, but I think it’s the first game to actually gamify it significantly better than its predecessors,” Burgermeister said.

The map shown in the game features many of what Burgermeister refers to as landmarks: various real-world locations that are also represented on the game map. The landmarks can appear as a Poké Stop, where players can gather supplies, or a Gym, where they can train their Pokémon or battle other players.

“Throughout your travels going to these different landmarks you will encounter Pokémon, which is based on your GPS coordinates, and they’re randomized and hidden until you (are) within a certain proximity of them, and they’ll appear,” Burgermeister said.

According to Burgermeister, GPS is a fundamental aspect to the game, without it the game will not function.

“You have to have an Internet connection; you can have it through Wi-Fi or just your phone data plan,” Burgermeister said.

A common problem with the current version of the game is server errors. Burgermeister said this is common among new games.

“Upon release, it’s very common for a game to have a significant amount of popularity, and then (its) network and server side fail because they didn’t expect to have to accommodate this many people interacting with it,” Burgermeister said.

Gainesville resident and Pokémon Go player Tyler Brown said he thinks the popularity of the game has a lot to do with the familiarity of the Pokémon franchise.

“People are so familiar with it. Even my mom knows what Pokémon are,” Brown said.

Wayne Clark, a public information officer at the University of Florida Police Department, said that the department has received numerous reports of drivers being distracted from the road because of Pokémon Go.

“We’ve heard reports of people driving while they’re playing the game, and driving very slow because the game actually registers them as walking at about 10 miles per hour or under,” Clark said.

The University of Florida campus has a large concentration of Poké Stops and has become a popular location to play the game. Clark said that there have been recent reports of students climbing fences on campus to trespass in closed areas.

“Have fun, be safe, we welcome you to play the game, but just keep in mind where you’re going and how you’re getting into those areas,” Child said.

Concerns about the safety of Pokémon Go’s gameplay have been raised following various incidents nationwide since the game’s release.

In one case, four people in Missouri reportedly used Pokémon Go to lure players to isolated areas and rob them, according to police there.

Clark said playing the game at night can be safe, but players should use the same safety precautions they normally would when out at night. He suggests staying with a group of friends and maintaining awareness of your surroundings.

“If something doesn’t feel right, trust your instincts,” Clark said.

In addition to the University of Florida campus, many areas of Gainesville have been seeing increased foot traffic due to Pokémon Go.

When employees at Greenwich Green Apartments in Gainesville started to play the game they were surprised to find out there was a Poké Stop on their property.

“We also had a resident come in the day that Pokémon Go was released and said ‘Hey, just so you know, you have a Poké Stop at your fountain,’ and we were all really excited about it,” said Kelly Dutton, the assistant community manager of Greenwich Green Apartments.

Dutton said lure modules, an accessory that allows players to temporarily designate a Poké Stop to attract Pokémon, are often placed at the complex. Foot traffic increases in the area as players see the lure module.

Ebony Young said she was attracted to playing in downtown Gainesville because so many of the Poké Stops often have lures.

“In my neighborhood, it’s like pulling teeth trying to find them,” Young said.

Young said that Pokémon don’t show up often in Arbor Park Apartments where she lives. When she was looking for Poké Stops to gather supplies, she saw the lures and headed downtown.

The Midnight, a Main Street bar, posted on its Facebook page Sunday that players who assigned a lure to the Poké Stop outside the bar could get a pint of Shock Top or Yuengling beer for free.

Beverley Webb, the owner of The Midnight, was working when the bar started running the special.

“It definitely brought in some people who had never been here before or hadn’t been here in a long time,” Webb said.

Ken Brown, the general manager of The Midnight, said the foot traffic has increased overall in the downtown area.

“I saw three or four people just walking around in the last half hour searching for Pokémon,” Brown said.

Elixir Lounge Smoothie & Juice Bar, another bar in the downtown area, has also started running a special — a $1 pint of Bud Light or a $2.99 smoothie — for Pokémon Go players who assign lure modules nearby.

“We have a lot of Pokémon players that are coming in here, and they love the vibe. So they suggested we do a promo to get the word out,” said Lawrence Clay, owner of the Elixir Lounge Smoothie & Juice Bar, which opened last week. Pokémon Go players have become frequent customers there.