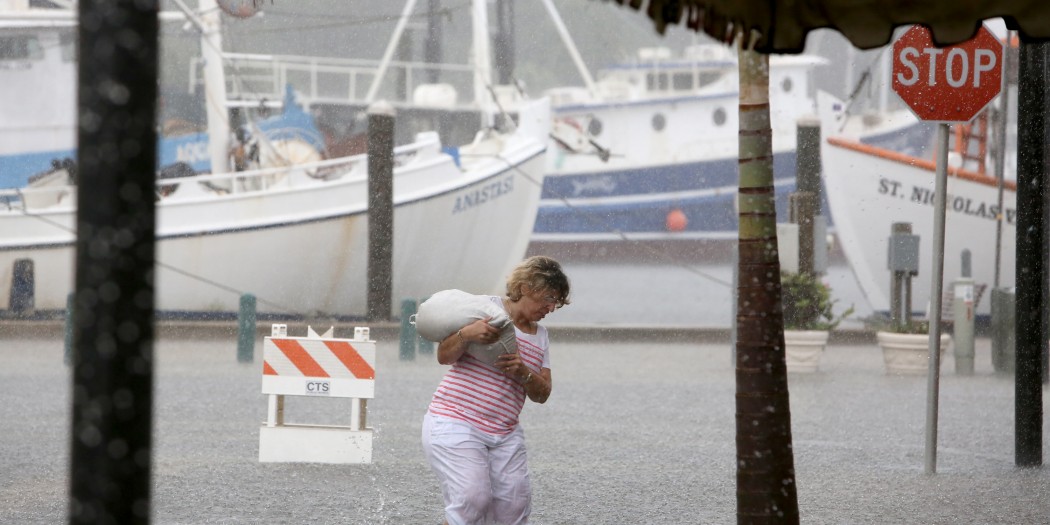 Power Outages, Flooding In Florida Due To Tropical Storm Colin

TAMPA, Fla. (AP) — Heavy rains from Tropical Storm Colin hit north Florida and southern Georgia on Monday, knocking out power in some areas and flooding roads on the Gulf coast.

The National Hurricane Center said Colin marked the earliest that a third named storm has ever formed in the Atlantic basin.

Colin’s maximum sustained winds Monday were near 50 mph (85 kph) with some slow strengthening possible during the next two days. While rains pelted the region, the storm was centered about 190 miles west-northwest of Tampa and was moving north-northeast at 23 mph (37 kph).

Early Monday, Ronald P. Milligan, 74, stopped by a park in St. Petersburg where authorities planned to distribute sandbags because the ditch in front of his home had filled during the previous evening’s rain.

“If last night was a ‘no storm’ — and the water was almost up to the hump in my yard — I’m worried,” Milligan said, motioning to about knee level. He’s lived in Florida since the late 1970s and hasn’t ever prepared for a storm this early.

Sandbags also were distributed in Tampa and cities and counties throughout the region.

The latest forecast for Colin called for the center of the storm to make landfall near the Big Bend area of Florida sometime Monday evening, and move across the Florida peninsula into Georgia and then move along or just off the South Carolina coast before heading out to sea.

Schools in at least one Florida Gulf Coast county were dismissed early Monday, and two high school graduations in the Tampa Bay area were postponed due to the storms, with both ceremonies being moved to Wednesday night and Thursday. Winds from Colin also closed the Sunshine Skyway Bridge in Tampa.

“We’re taking chain saws home so we can cut our way out of our neighborhoods and cut our way back into work tomorrow,” Gude said.

About 7,600 people were without power in the Tampa Bay area. Duke Energy said Monday afternoon it had 3,600 customers without electricity, while Tampa Electric Company said on its website that 4,022 people were experiencing outages. In Jacksonville on Florida’s Atlantic coast, about 2,300 customers were without power as heavy rains hit the area late Monday, according to the Jacksonville Energy Authority.

Colin is expected to produce rainfall amounts of 3 to 6 inches, and forecasters said up to 8 inches are possible across north Florida, southeastern Georgia and coastal areas of the Carolinas through Tuesday.

Forecasters also described Colin as a lopsided storm, with tropical storm-force winds extending up to 185 miles east of its center.

Not everyone in Florida was hunkering down. About 50 people were in the water with surfboards off Treasure Island to take advantage of the rare 2-3-foot swells breaking in the Gulf’s warm waters.

“It’s like man against nature,” said Derek Wiltison of Atlantic Beach. “Surfers tend to drop what they’re doing — work, relationships, whatever — to go out and catch a wave.”

A tropical storm warning was also in effect for the entire Georgia coast and the lower South Carolina coast.

Meanwhile, Gov. Rick Scott postponed a political meeting with presumptive Republican presidential nominee Donald Trump scheduled Monday in New York so he can remain in the state capital to monitor the weather.

Scott warned residents not to simply look at the center of the storm, saying the heaviest rain will be to the east and west of it.

“I want everyone to be safe. I’ve talked to utilities and sheriff’s departments, but residents have to do their part,” Scott said.

Allan Giese, 62, watched the start-and-stop rains Monday morning from his home about 150 yards from the St. Marys River, where he’s seen larger storms bang up boats anchored in the nearby marina. He planned to bring his plywood work table inside, but otherwise simply ride out the storm inside with his wife.

“What it sounds like is just some heavy rains, but nothing torrential, not high winds,” Giese said. “We’ll just keep an eye on the tracker, go to bed and hunker down.”