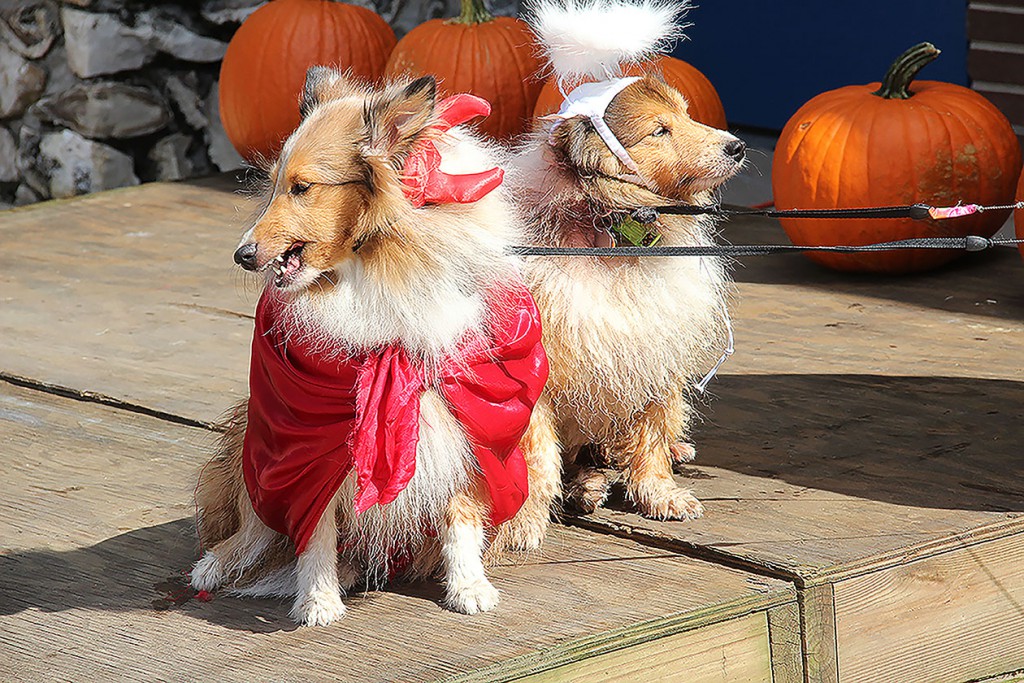 Rosy, dressed as the devil, competes with her sister Lucey, dressed as an angel, in the costume contest. Rosy took home the scariest costume prize at Saturday's Drool and Ghoul Howl-O-Ween event. Lauren Rowland/WUFT News 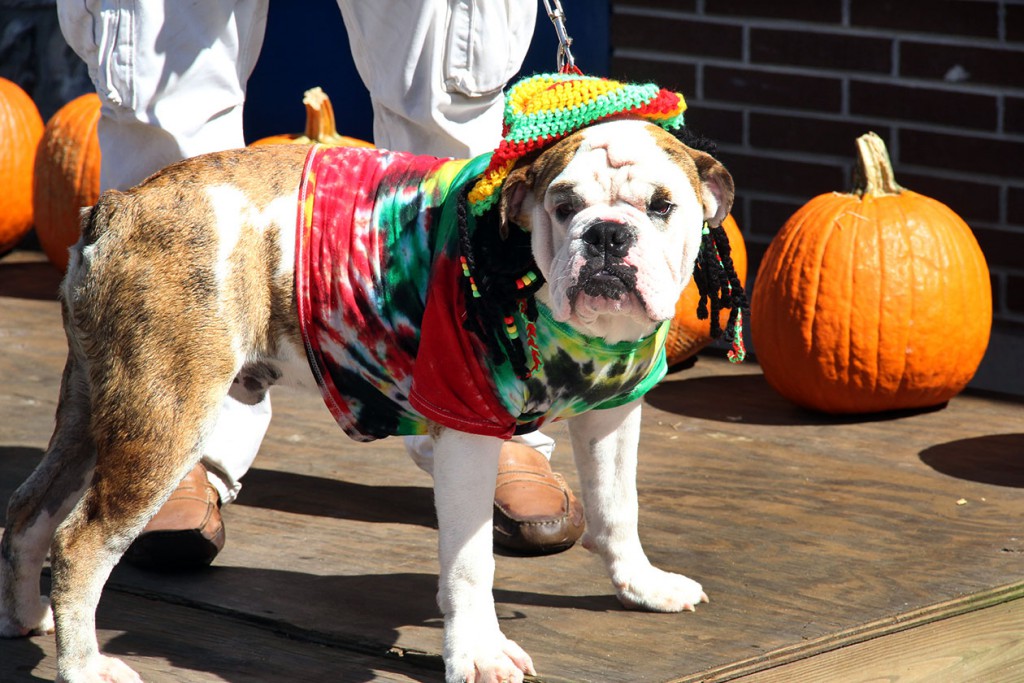 Scout, a chocolate Labrador Retriever, dressed as Gary from SpongeBob SquarePants, is accompanied by his owner, Campbell, who is dressed as SpongeBob. The duo competed in the costume contest. Lauren Rowland/WUFT News 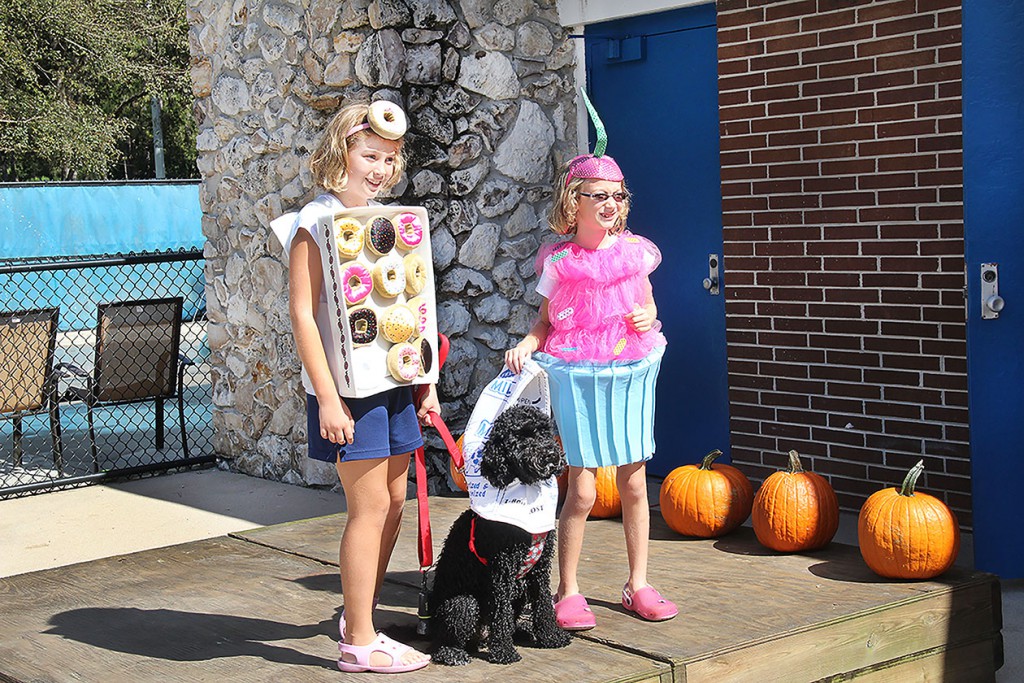 Jingle, dressed as a milk carton, is escorted onstage by his owners, dressed as doughnuts and a cupcake. Jingle was awarded “most creative costume.” Lauren Rowland/WUFT News

Dogs were playing, swimming and strutting their stuff at the Drool and Ghoul Howl-O-Ween event on Saturday, October 24.

These canine companions and their owners attended the party hosted by the City of Gainesville Parks, Recreation and Cultural Affairs Department at the H. Spurgeon Cherry “Westside” Swimming Pool.

There was a splash pad, swimming pool and area of grass for dogs to run around. A food truck with pet-friendly treats and frozen yogurt from Earth Pets Organic of Gainesville were featured at the event.

The admission fee was a donation of $5 or a seven-pound bag of dog food per dog. Donations from the event will benefit the Alachua Humane Society and other local animal organizations.

“We had a lot of support from local businesses and it was free advertising for them,” said Zak Frando, aquatics recreation leader at the Westside Swimming Pool.

“We are glad we could help local businesses,” he said.

Lauren is a reporter for WUFT News. She can be reached at news@wuft.org or 352-392-6397.
Previous The Art of Scooter Tricking Sparks Hobbies and Business in Gainesville
Next Oct. 26, 2015: Morning News In 90

Buetow has three active bat houses on her Ocala property, and experts say there's no need to fear.