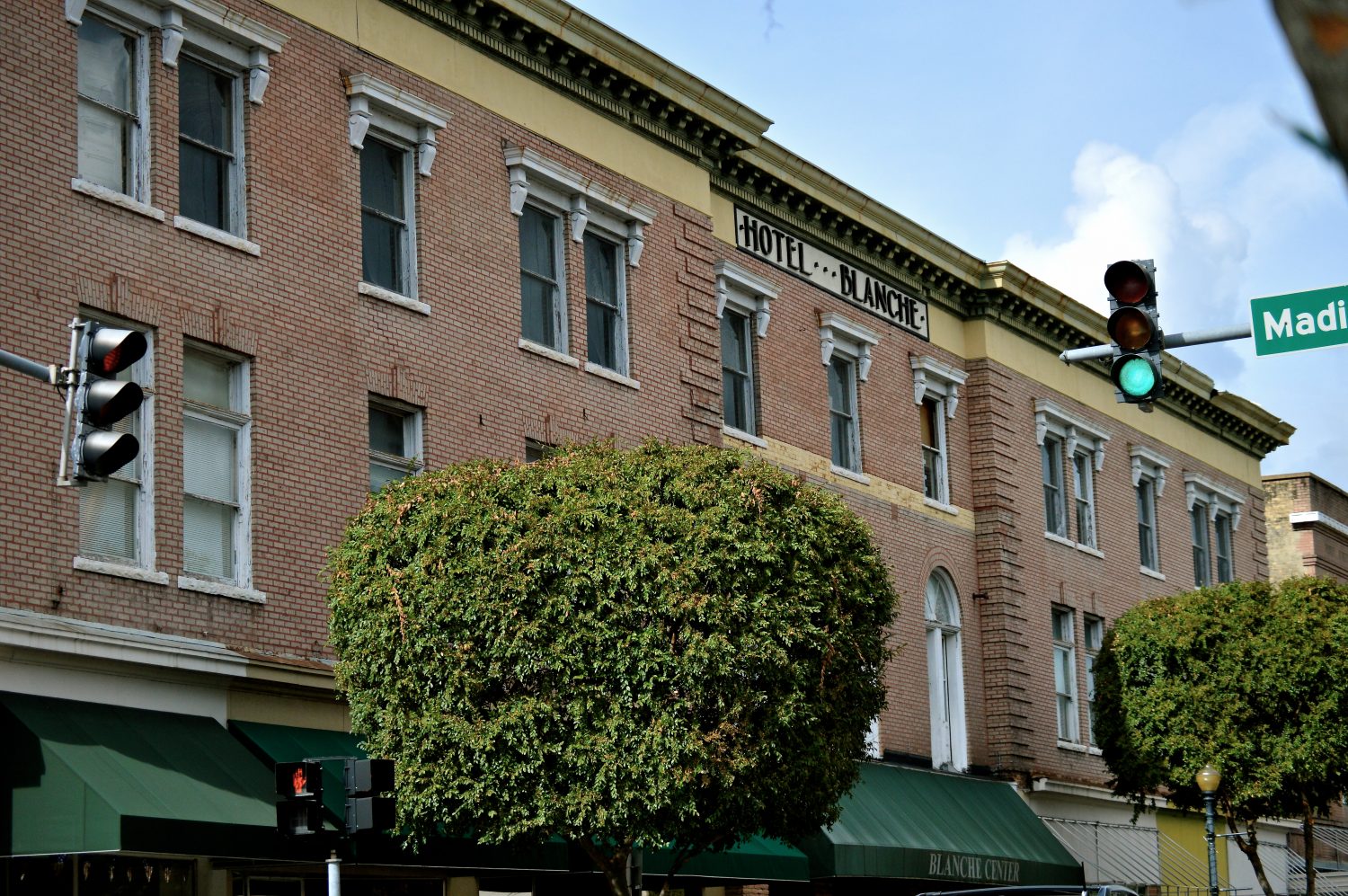 The Blanche Hotel is a landmark of downtown Lake City. It has been standing in this location for over 100 years.

A $14 million project has been proposed to renovate a historic hotel in downtown Lake City.

The Blanche Hotel has been in operation since the mid-1800s, said Lake City Mayor Stephen Witt. The building that stands on North Marion Avenue has been a landmark of downtown Lake City for over 100 years.

The purpose of the renovation would be to keep the integrity of downtown, according to Witt. He said the city council and downtown development board hope the changes to the Blanche Hotel will create an economic boom in the area.

For now, the city’s downtown is a quiet area full of small businesses and a few restaurants, but Witt compared his hopes for the future downtown to be similar to downtown Gainesville, with restaurant, nightlife and entertainment options.

The proposed plan will offer storefront leases to businesses and residential options on the upper floors. Witt said leasing the building should bring returns on the entire investment for the renovations.

Witt said he is unsure if residents of Lake City will pay any additional taxes to help fund the refurbishment of the hotel.

To finance the $14 million dollar renovation, the city and county have offered a contribution of $2 million, according to George Ward, a city councilman. The council hopes to get federal funding for the project as well, he said.

Ward grew up in Lake City and remembers attending the dining room inside the Blanche Hotel for lunch after church every Sunday.

“They had good fried chicken and roast beef,” he said.

Growing up, he heard stories about gangsters and other famous people who had stayed there, including Jackie Gleason and Johnny Cash. The most famous of these people was Al Capone, who was said to have habitually stopped by on his way from Chicago to Miami.

It is this rich history that makes the Blanche Hotel worth preserving, Mayor Witt said.

But the years have also made the hotel a haggard, run-down shadow of its former self. Windows are boarded up or shattered on the upper floors and rumors of hauntings in the building spook shop owners in the storefront below.

Ashanti Washington has rented the space on the first floor of the Blanche Hotel for three years. She said using the space for her beauty salon has been an good experience.

“Everybody (in town) knows it’s the Blanche Hotel,” Washington said, which makes locating her salon easy.

The renovations, however, are much needed, she said. When there are heavy rains, water leaks into her store. Her shop is one of the few in the former hotel with central heat and air.

Washington said she is excited for the renovation to bring new clientele into her salon. 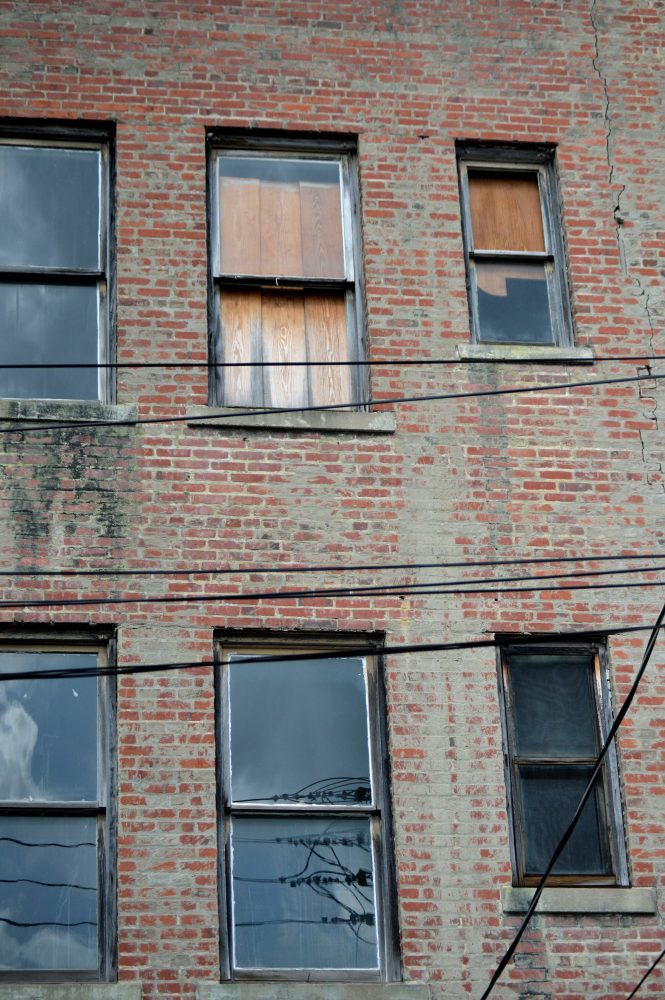 Boarded up and broken windows show the state of disrepair the Blanche Hotel has fallen into. 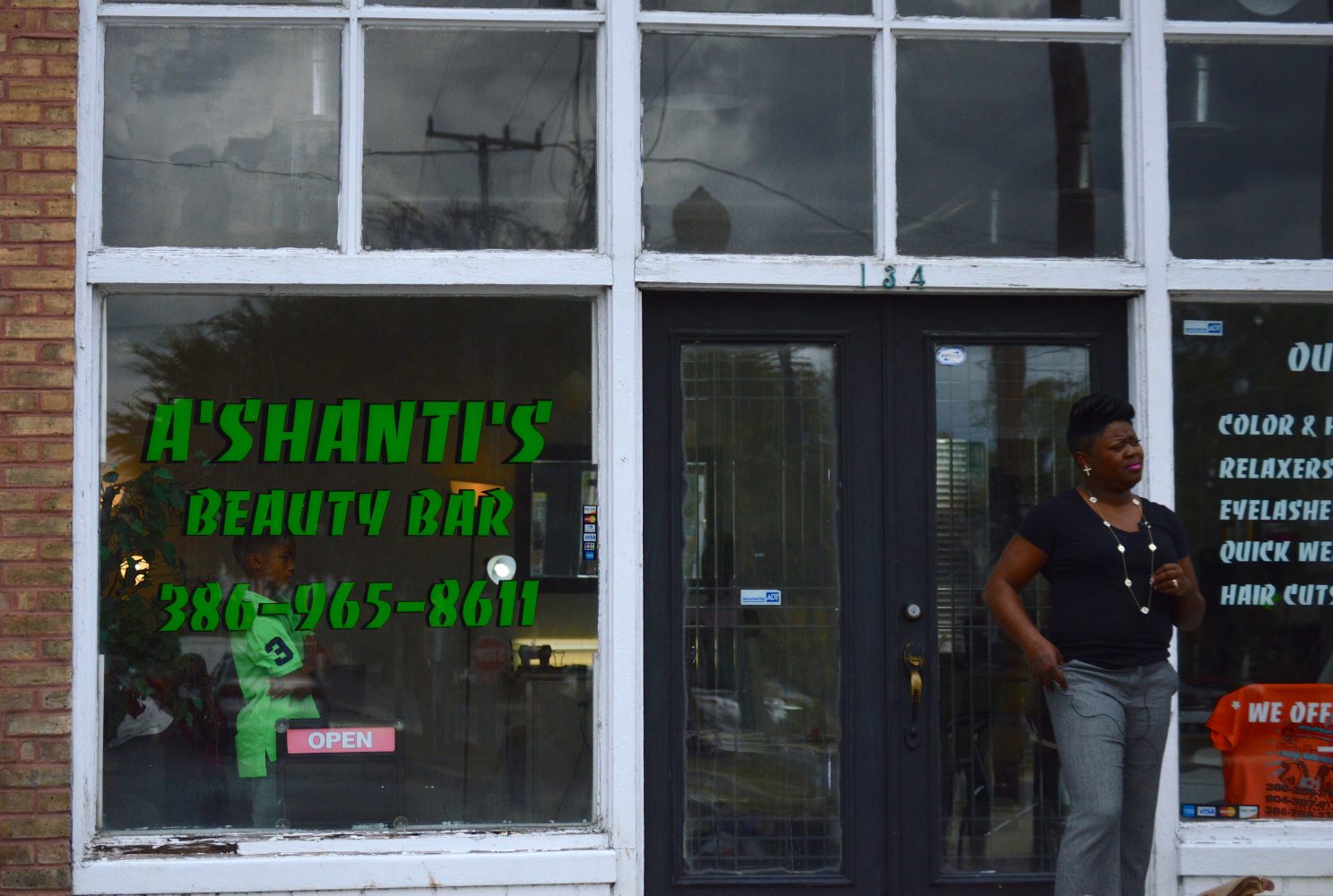 Ashanti Washington stands outside her salon on the storefront of the Blanche Hotel. She said she is excited for the renovations and hopes they will bring her shop more business. 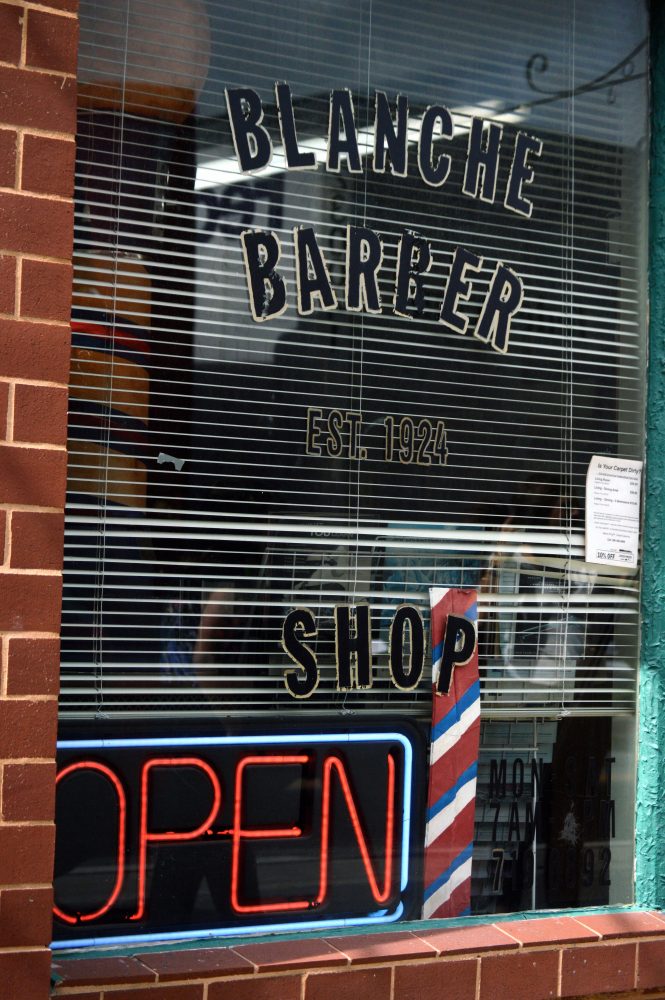 The Blanche Barber shop has been standing on the first floor of the Blanche Hotel since the hotel opened. It is one of the businesses to be affected by the proposed renovations. 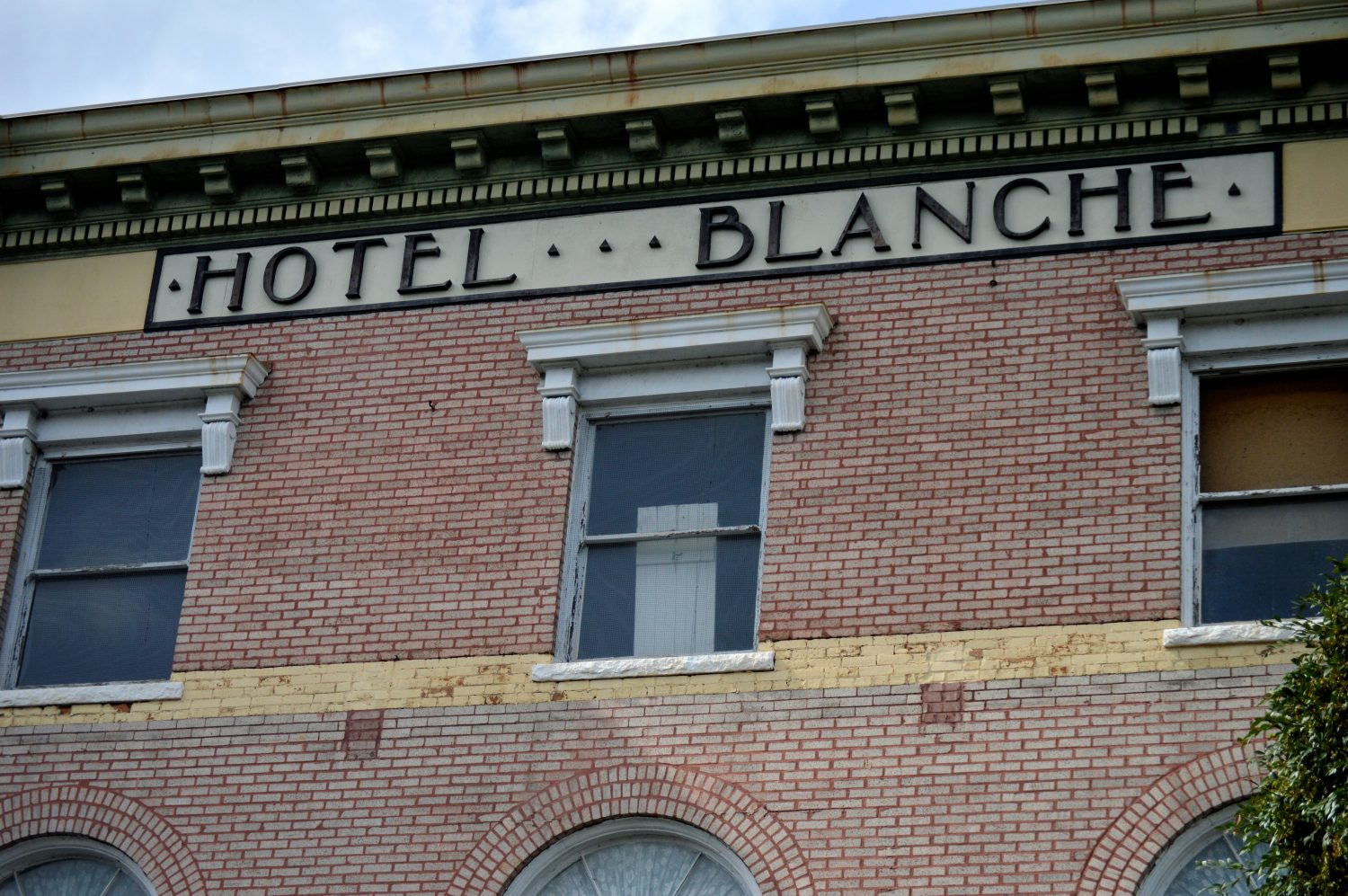 The Blanche Hotel is proposed to undergo a $14 million renovation to bring more businesses to downtown Lake City.

Cassidy is a reporter for WUFT News and can be contacted by calling 352-392-6397 or emailing news@wuft.org.
Previous Nov. 6, 2014: Morning News In 90
Next Alachua County Voters Reject Sales Surtax for Transportation Funding