The Men Behind the Flying Car That Crashed in Marion County

Flying cars may be a dream come true for some, but it turned into a nightmare for others when one crashed and burned at Dunnellon Airport Tuesday morning.

The Maverick “Flying Car” was successfully piloted Tuesday by a South American humanitarian. The man was planning to using the car to reach isolated tribes in the Amazon jungle, said the car’s developer and manufacturer, Steve Saint in a written statement. Saint founded the Indigenous People’s Technology and Education Center (I-TEC) and Beyond Roads LLC.

Ron Lytle, logistics support for I-TEC, said while the first flight was “not a short flight,” there were no issues. Following the successful flight, Beyond Roads LLC chief pilot Troy Townsend and his passenger, Austin Boyer, started an orientation flight.

Shortly after take off, the Maverick descended to the ground and burst into flames. Lytle said both Townsend and Boyer were transported to a local medical facility and are recovering well from non-critical injuries.

Saint said the structure and high tech suspension of the car limited pilot and passenger injuries, but a fuel line ruptured upon impact and resulted in a fire that destroyed the Maverick, which is valued at $100,000.

“What we do know is that there was no major systems failure in the vehicle or in the drive system,” Saint said. “This has been verified by a number of knowledgeable eyewitnesses, including the ground crew, in addition to video footage shot by the observers.”

Marion County Sheriff’s Office deputies responded to the airport in reference to a plane crash, said Lauren Lettelier, the sheriff’s office public information officer. When they got there, she said it looked like a vehicle crash.

“There was what looked like a dune buggy with a parachute on the back and a ceiling fan on the back, and when we got there, we kind of didn’t know how to investigate it…” Lettelier said.

The sheriff’s office collected evidence from the scene and is treating the incident as an accident. Lettelier said any potential charges are pending since it is still an ongoing investigation.

The first flying parachute, called the Paraplane, was developed in 1983, said Nathan Taylor, the former director of safety and training for the Paraplane. He said that I-TEC later advanced the Paraplane technology by building a car that could drive on roads and fly in the air through the use of a wing-shaped ram-air canopy.

Taylor, who wrote the Paraplane’s safety manual and went around the world teaching people how to fly it, said that vehicles with a wing-shaped canopy – like the Maverick – are the safest to fly.

The National Transportation Safety Board and the Federal Aviation Administration would not respond to the crash because, Lettelier said, it does not recognize the Maverick as an aircraft.

As for Saint, his connection to I-TEC and Beyond Roads LLC is greater than just being its owner and operator. His ministry vision is to find better ways to complete mission work by “giving indigenous God-followers the tools they need to fulfill their role in the Great Commission,” according to the I-TEC website.

Saint was born and raised in Ecuador where his parents were missionaries. His father was one of five missionaries who went to Ecuador in 1956 to make contact with the Waodani Indians, a tribe that was notorious for killing each other, Lytle said.

The intent of the missionaries was to share the gospel. Their first contact with the tribe was successful, Lytle said, but after making contact an additional time, all five missionaries – including Saint’s father – were brutally speared to death.

Saint founded I-TEC as a research and development company for third-world countries like Ecuador. Lytle said the Maverick was primarily made to take equipment and medical supplies to indigenous people groups in hard-to-reach jungle areas and make it possible for them to help themselves.

“This unfortunate accident does not reduce the need of isolated peoples around the world for a multi-medium vehicle like the Maverick,” Saint said.

Lytle said taking the Maverick to reach isolated jungle tribes in the Amazon is still a part of future plans, but he is unaware of any official date. 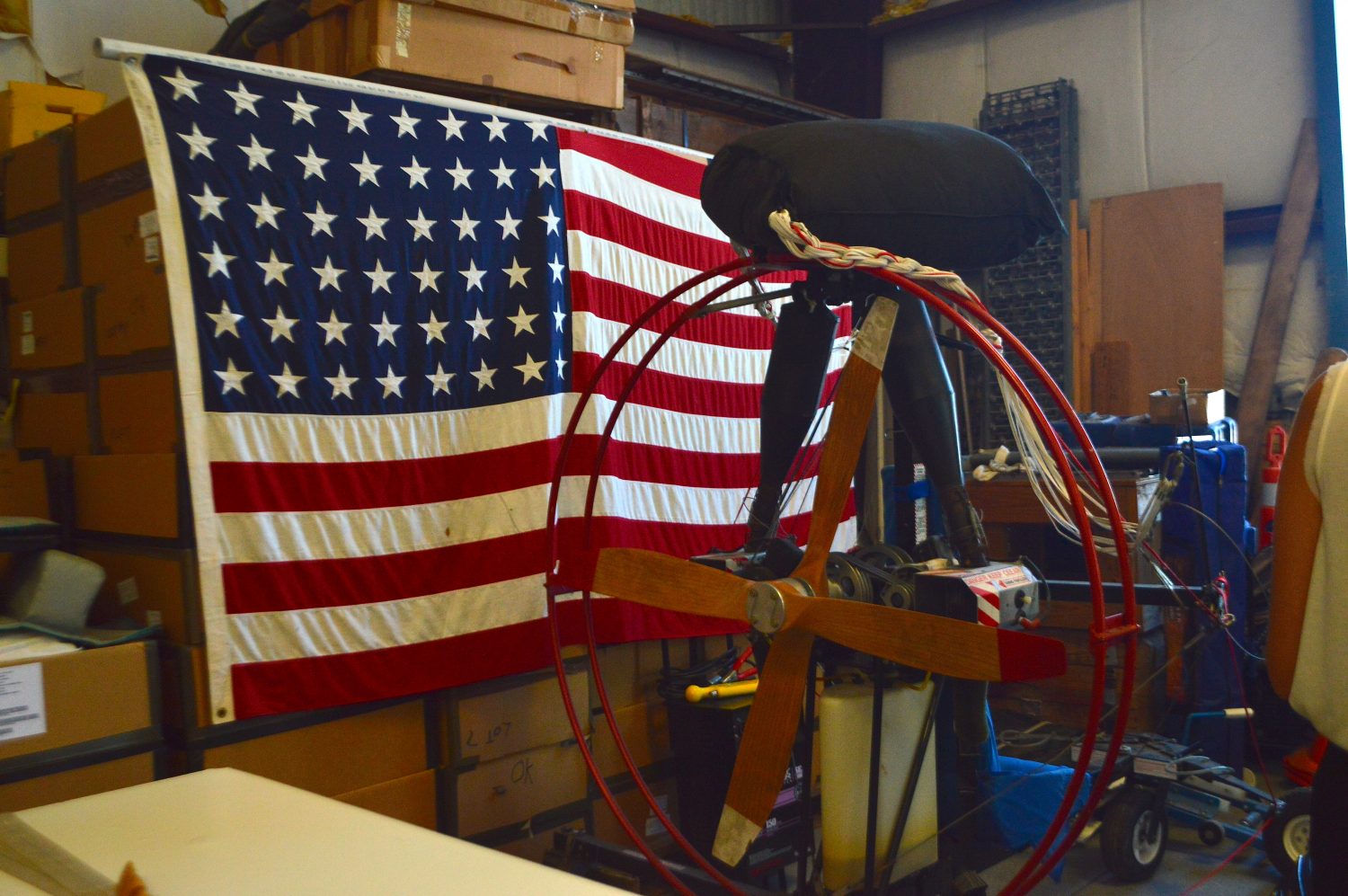 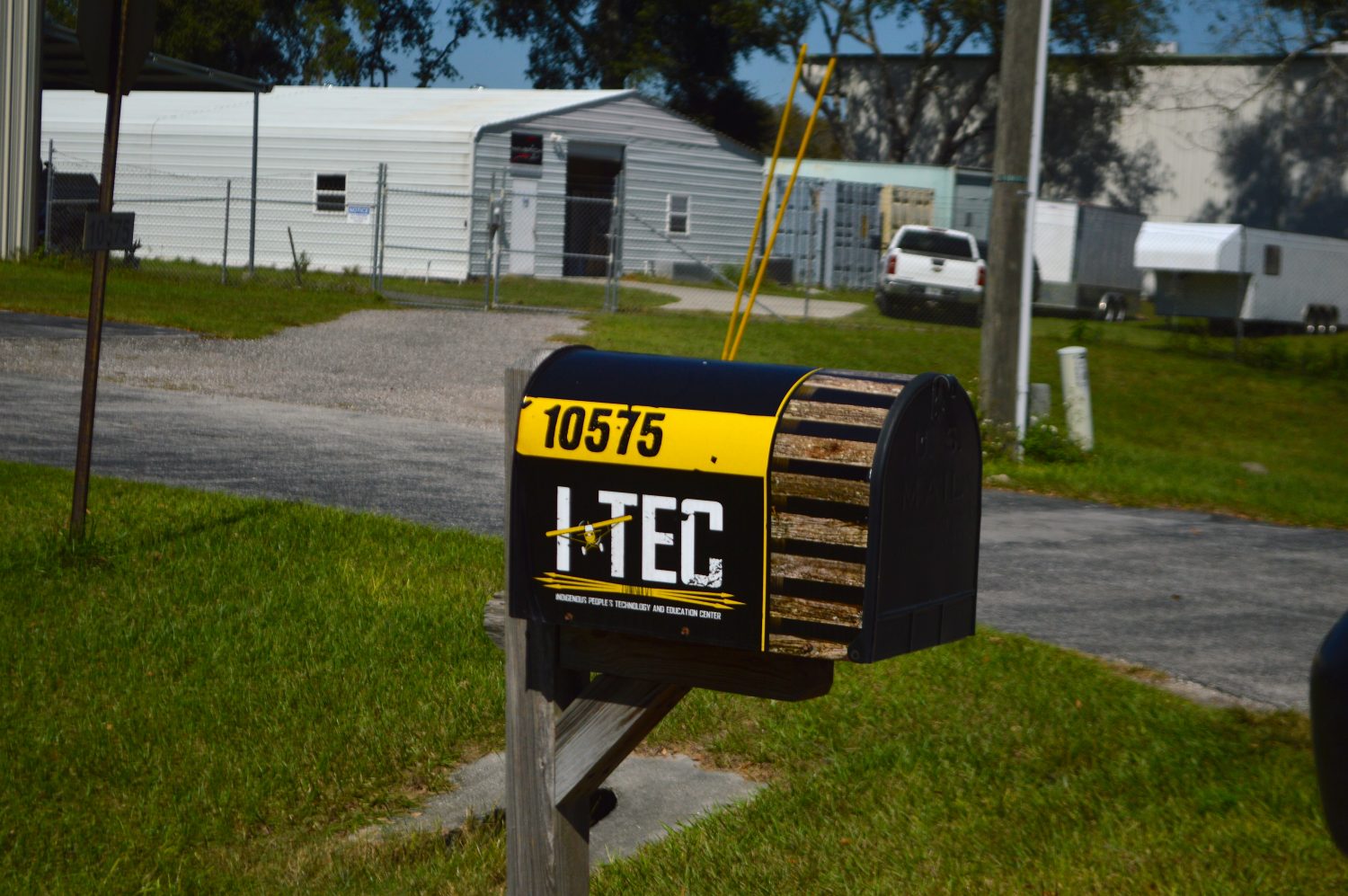 I-Tec, the organization which built the flying car Maverick, uses its inventions to bring supplies to indigenous tribes. 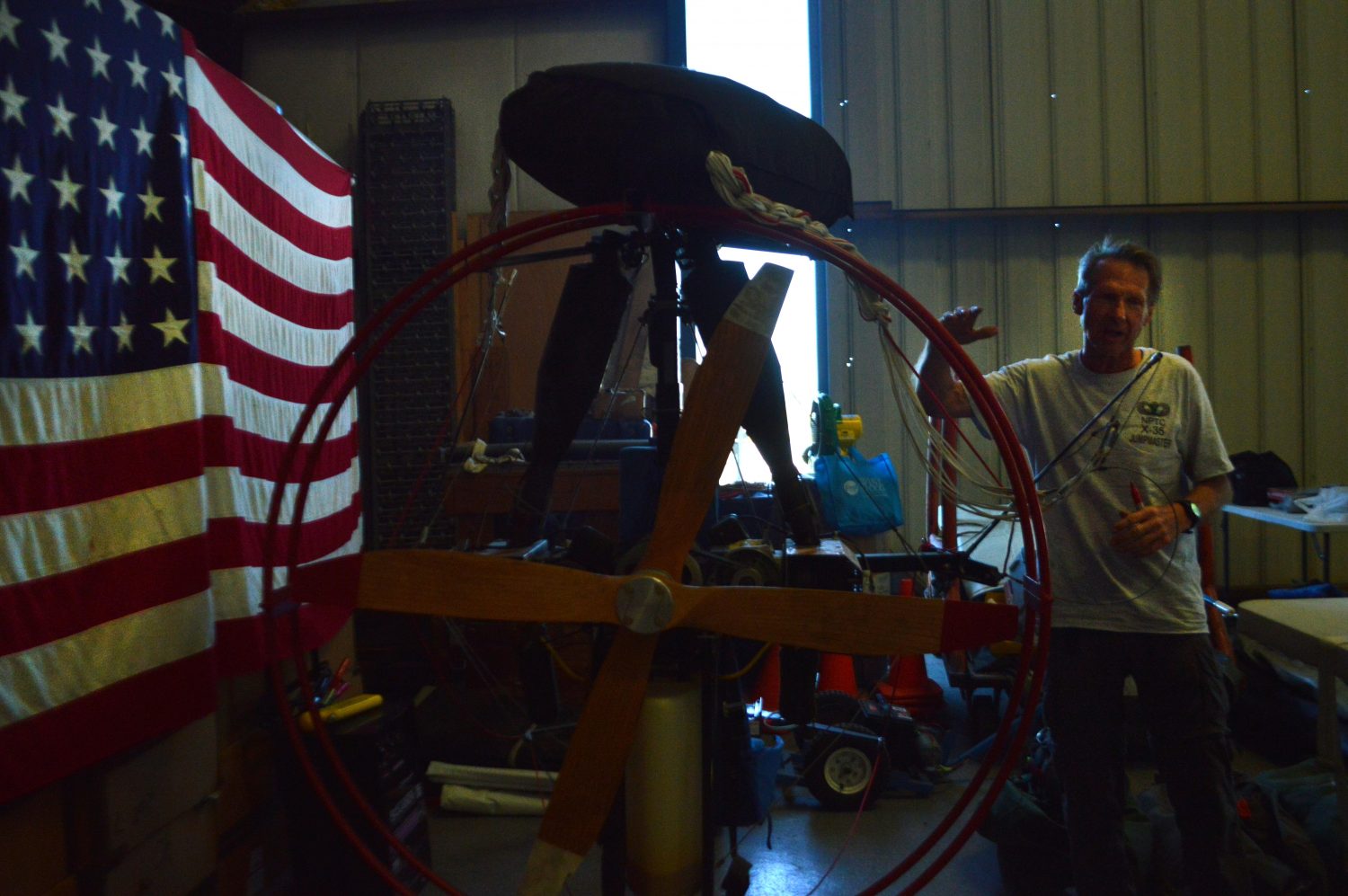 Nathan Taylor displays an experimental flying instrument of his own invention, similar to the one built by I-Tec that crashed on Tuesday.