Veteran’s Day has come and gone, but the impact from some stories still grow beyond just a national holiday. Sometimes Veteran’s Day gifts can be found from objects people never knew existed.

It was deep connection that only managed to scratch the surface; a father-son relationship that was thought to have run its course. But for Bob McPeek, son of WWII veteran Robert Wayne McPeek, the journey to discovering who his father really was began nine year after his father passed away.

Writing letters, or in this case poetry, can sometimes be the only outlet for people to express who they really are. Bob McPeek believes that to be true for some, but never  thought this was the case for his father.

One day, while showing his childhood house to his then wife, McPeek was given a hand-written book titled “Rain or Mud, Shine or Blow” by the woman who lives in the house now.

The book was written by McPeek’s father and told his war stories through poems. 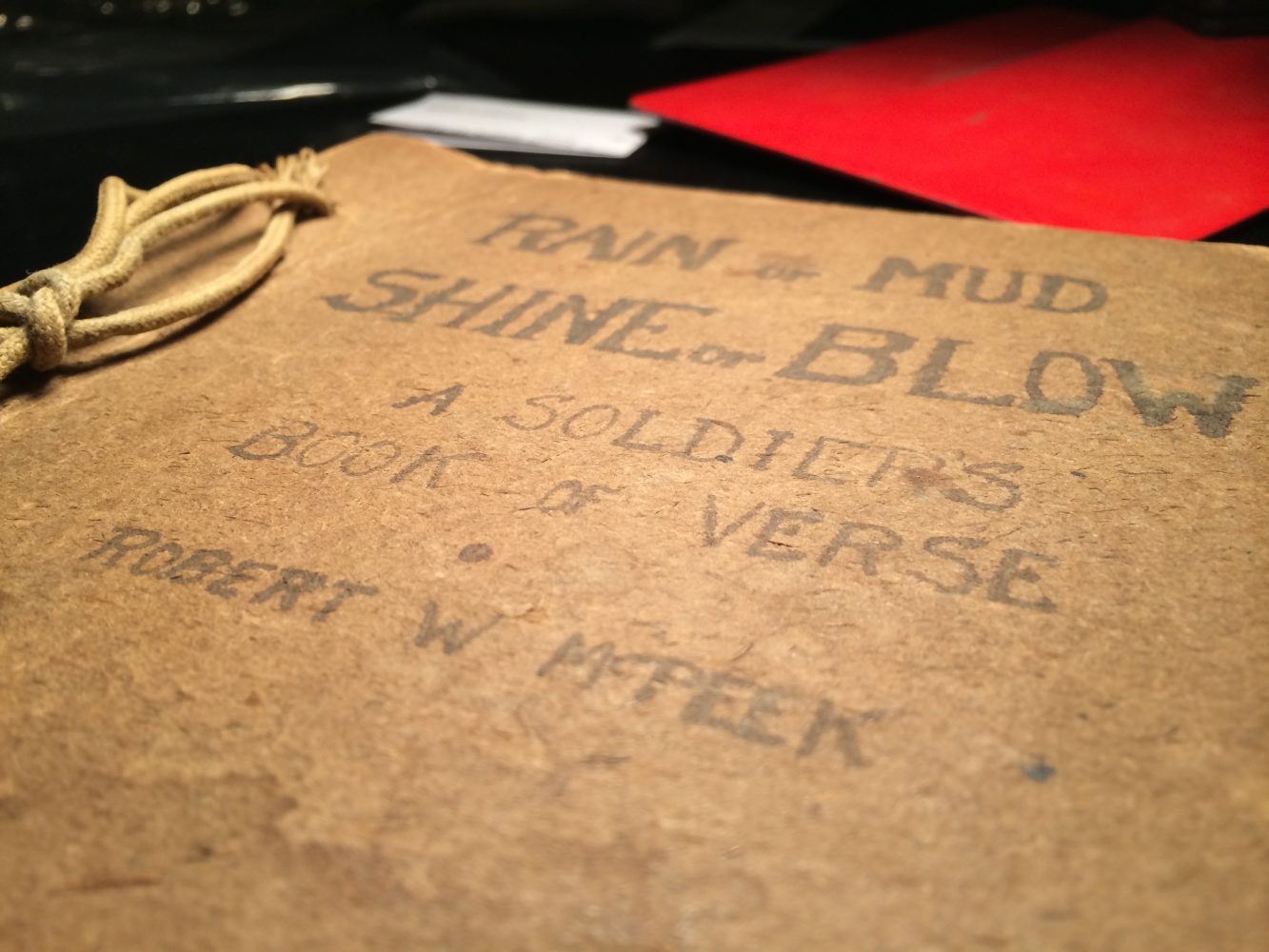 The cover of the actual book “Rain or Mud, Shine or Blow” by Robert Wayne McPeek

“There are all these episodes to it and there’s a real natural arc to the story,” McPeek said. “It’s got serendipity in it, it’s got emotion, it’s got some level of–I hope–redemption in it because my father and I never had a very close relationship.

Bob McPeek said the relationship he had with his father is one that was not common for a father and son.

While there wasn’t anything troubling or strange with the relationship, McPeek said he never had the time to connect with his father.

After reading the book, McPeek said he finally understands why his dad was never there and the sacrifices he made for his family with limited reward.

“To be able to have this connection with him, and in a sense to say the kinds of things I wish I had the wisdom to say,” he said. “You know, I was 28 years old when my dad died, I didn’t have as much life experience as I have now or as much understanding of what kind of sacrifices my dad had to go through to make it possible for me to grow up in the degree of security and comfort that I did.”

McPeek said his father wasn’t was often gone because he was trying to provide for his family. After he served in the Korean War, Robert McPeek made a career out of the army in order to make sure his wife and son had the resources they needed.

“While my dad was still alive until I was 15 — with the exception of 18 months when we lived together as a family in Germany — for the most part other than that, in my life that I can remember, I don’t have too many memories of my dad; he was gone,” McPeek said. “He lived on an Army base.”

McPeek said the perspective he had at while reading the poems took him back to when his father was a 30-year-old man.

“It was really kind of interesting to see what he was thinking about and writing about when he was a 30-year-old stuck in North Africa fighting Rommel in some of the first action of the war, and then on into Italy and Sicily and so forth,” McPeek said. “Some of it is just filled with his wonder at what he’s experiencing, and some of it is kind of profound musings about life and death, which you know was a daily thing. Some of it is just pure flight of fancy escapism. That was the part of my dad that kind of really surprised me.”

McPeek said he saw a side of his father he never knew existed and seeing expressions and vivid imagination from a quiet man like his father changed the way he viewed their relationship.

“It was pretty interesting to see that side of my dad — the escapist side of my dad, the playful side of my dad — because he was not a very playful guy, or if he was he didn’t show it,” McPeek said. “So I really got an insight into him, several insights into him that I wouldn’t have gotten otherwise.”

Bob McPeek concluded that the quiet sacrifices his father made to make sure those he cared about had enough resources to live makes him appreciate what people go through every day for sacrifices that will never be noticed.

“It made me appreciate, more than I had before, the sacrifices he made,” McPeek said. “So I learned that about our relationship, and I learned that I should probably be more aware of the motivations people have, and why people they do the things they do.” 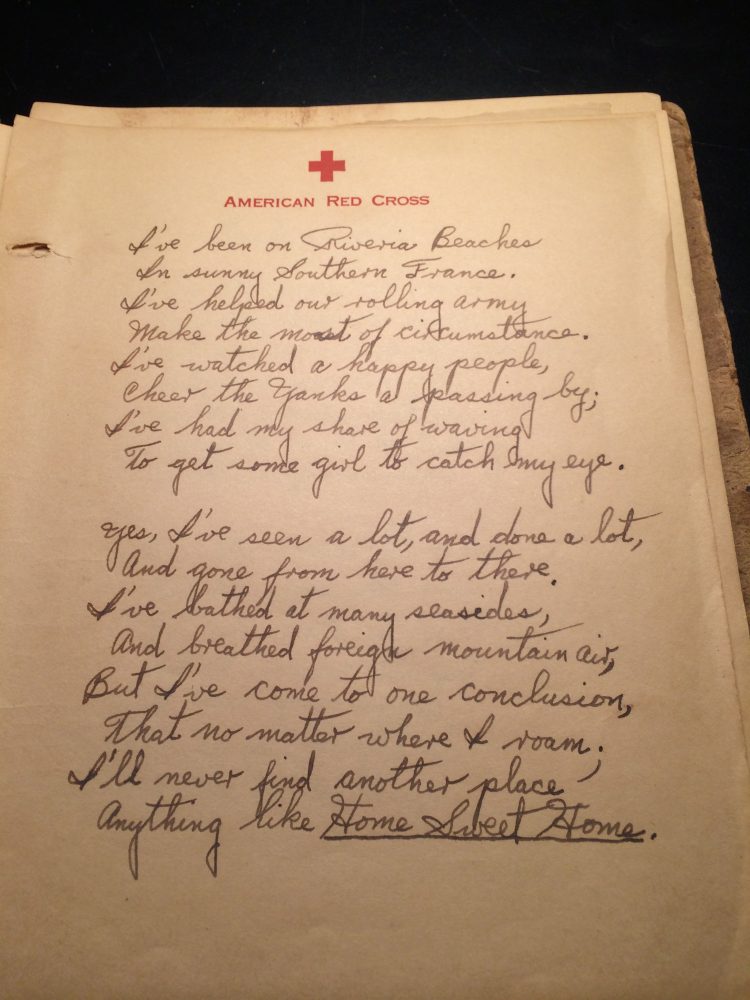 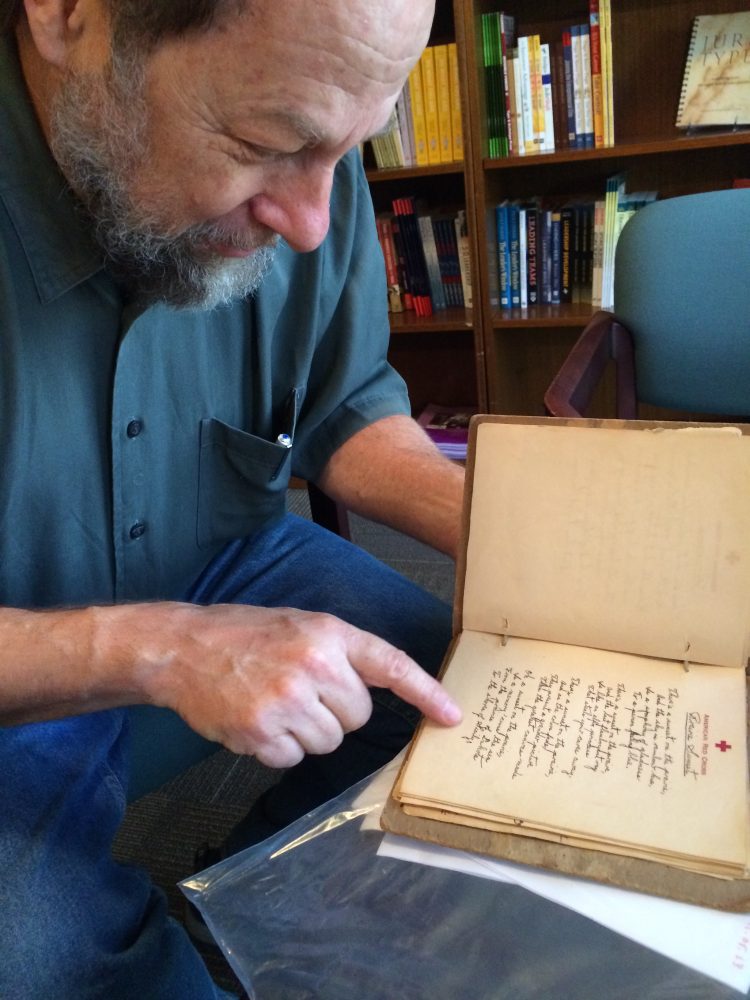 Bob McPeek reading a passage from his father’s book. 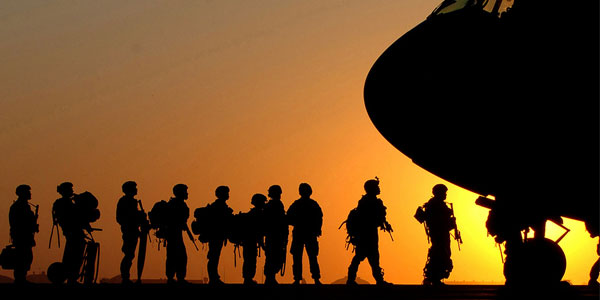 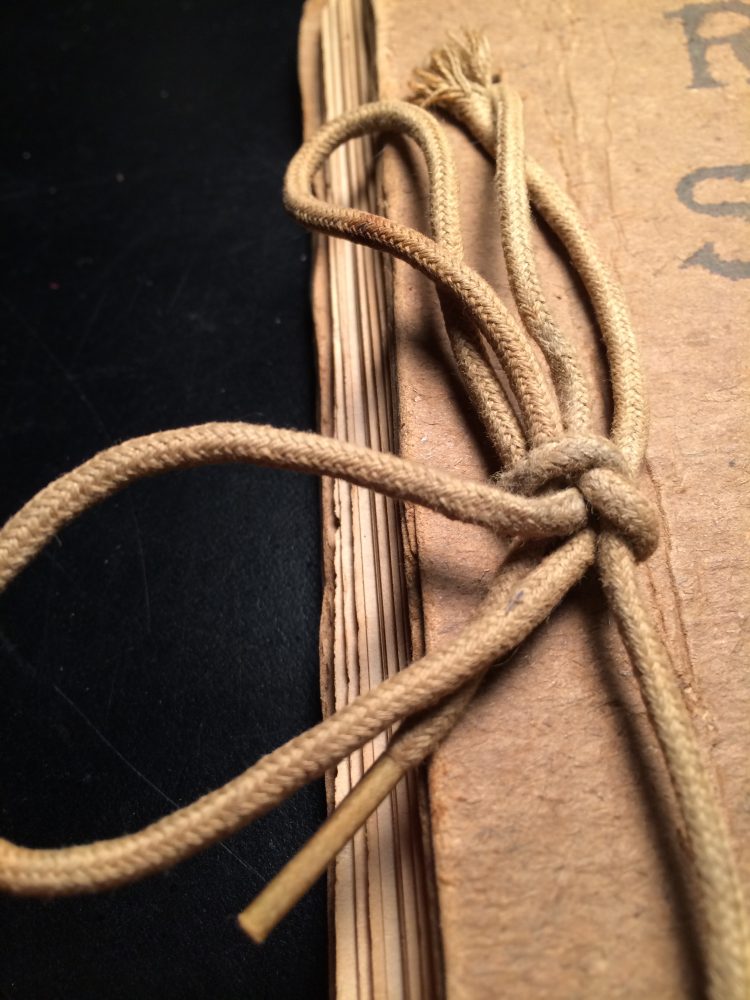 The book is still in its original material. 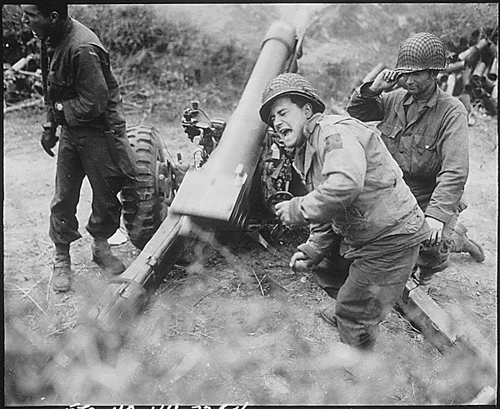 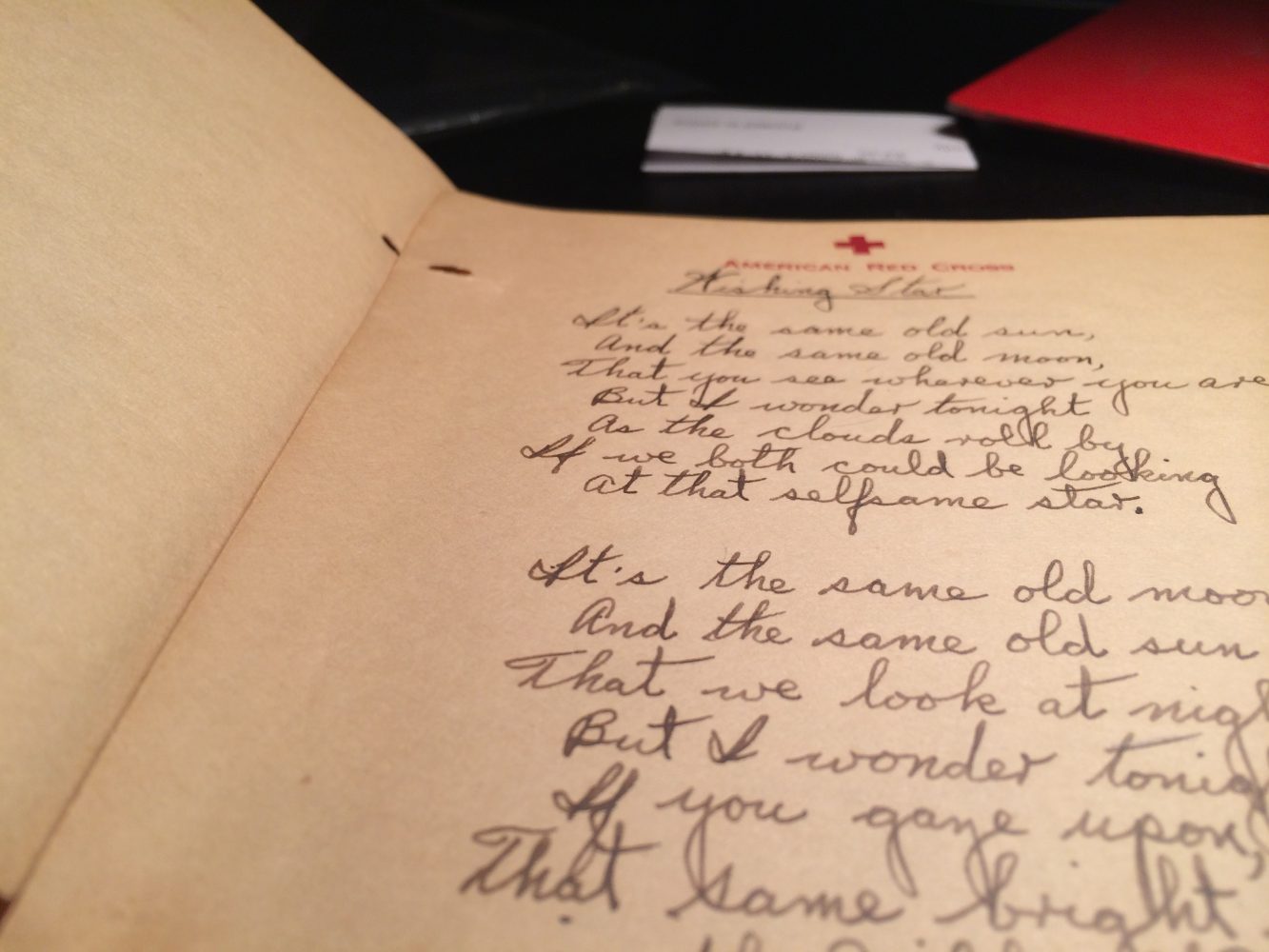 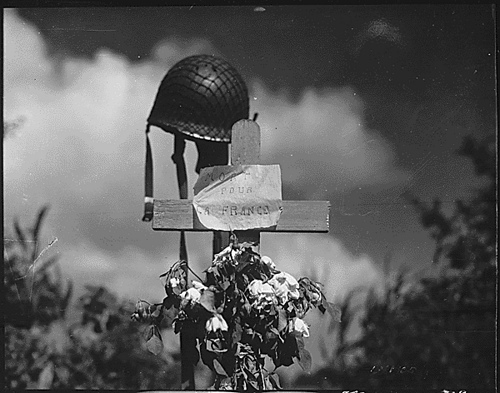 Trevor is a reporter for WUFT News who may be contacted by calling 352-392-6397 or emailing news @wuft.org
Previous Nov. 21, 2013: Afternoon News In 90
Next Audio: Gainesville Reflections On 50th Anniversary Of JFK Assassination