The feeling of shock ran through Bertrhude Albert and Priscilla Zelaya as they sat on a plane headed back to the United States from Haiti.

The words of leaders in the Haitian community replayed in their minds: “We never asked you all for this type of help. You all just came in, and you gave it.”

The University of Florida Warrington College of Business Entrepreneurship and Innovation Center hosted its annual Women’s Entrepreneurship Summit virtually Friday. Around 150 attendees tuned in to listen to keynote speakers, panelists and female entrepreneurs.

The theme of the event was: “Better Together: Women Co-founders, Collaborators, and Changemakers.” Seyi Falade, the summit’s master of ceremonies, said she encourages people to network with the friends around them because “just as you believe in their success, they will also believe and invest in yours.” 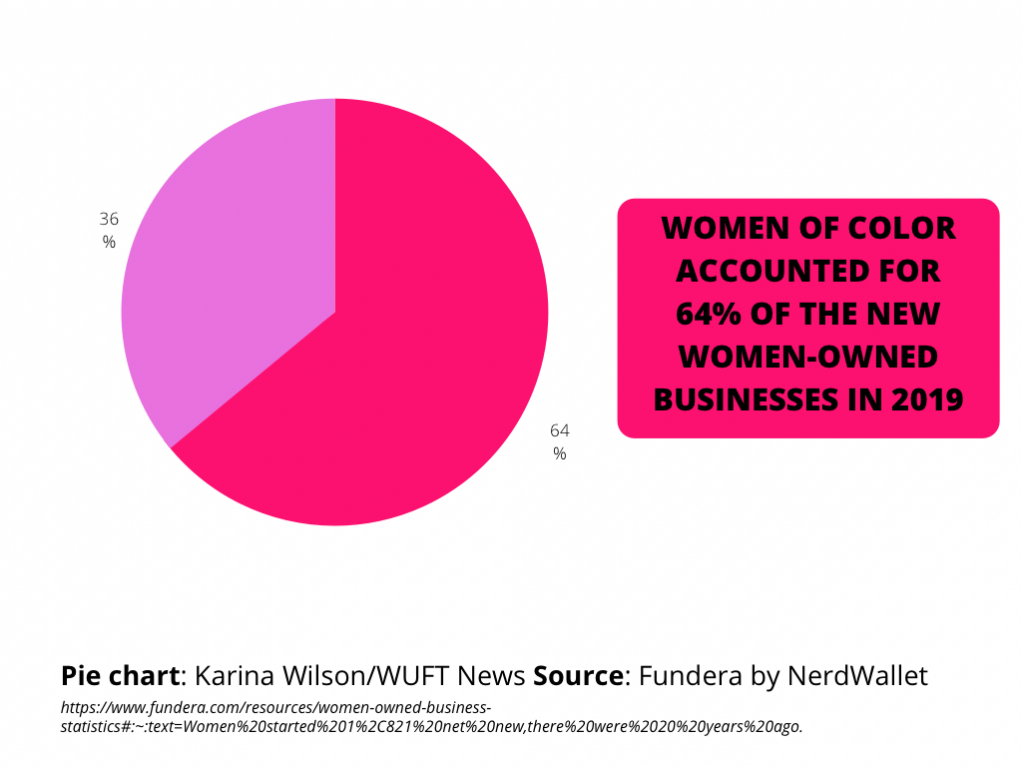 Keynote speakers Albert, the co-founder and CEO of P4H Global, and Zelaya, the co-founder and chief operations officer, shared their story of building a business as undergraduate students at UF. The pair’s journey began in 2010 as an effort to aid the people of Haiti after the catastrophic earthquake. Albert said the devastation marked a moment that will never be erased from the minds of the Haitian people.

“We collected over 400 pounds of food, clothes and shoes over the course of a year,” Zelaya said. “By 2011, we were on our way to Haiti with a group of University of Florida students.”

Rose, a Haitian woman with five kids, was unable to support her family that week because Albert and Zelaya had given out supplies for free. Because locals were sidelined from their usual profit, the free supplies negatively affected the community, Zelaya said.

“And at the end of the day, who can compete with free?” she said.

She said the realization radically shifted how P4H Global operates today. Now, Zelaya said the company is the largest teacher training nonprofit in Haiti with a staff of over 40 people in Haiti and four in the U.S.

The fierce support system the two gathered since their undergraduate years has stood behind them, Albert said. She said she hopes their story sparks change and encourages entrepreneurs to create meaningful change.

The drive to create stretches further than the University of Florida’s campus and into the city of Gainesville. Katie McKnight, the founder of I’m DOPE, said owning a business in north central Florida is stressful at times.

“I always put the best forward and try to network with as many people as possible to get the business name out there and to utilize all the resources that are available,” McKnight said.

As a Gainesville native, she said her minority status does not harm her, but she understands it can be difficult in this area because it can result in access to fewer resources than others.

Since 2017, I’m DOPE has provided assistance to women of any age through holistic, financial or emotional support, McKnight said. The social media-based company gathers its clientele remotely but hosts expos to provide in-person networking experiences.

The 39-year-old said she started her business to exit a low point in her life. After she emerged from that dark period, she said she knew any other woman could do the same, and she personally empowers other women of color.

“By continuing to upbuild them and affirm them and let them know that they are everyday women being mothers, daughters, wives…you still can reach whatever goal or whatever dream that you have,” McKnight said. “It’s still attainable.”

And for 38-year-old Mya Scott, a self-proclaimed “mompreneur,” she said owning two companies can be challenging but is a blessing.

In 2020, Scott resigned from her job at a local Veteran Affairs hospital to start her dispatching company Bee Logistics, she said. The following year, her trucking company TMT Enterprise came to fruition. Scott said she took a leap of faith with one client, and now, she has six.

Scott found herself in a male-dominated industry. She said when hiring drivers for TMT Enterprise, she often encounters men who want to minimize her authority. To her, this is why it is important to connect with other Black women.

To echo that sentiment, she praised the Women’s Entrepreneurship Summit. She said it’s a good opportunity for young women to not just get their foot in the door but to get in the room.

Marriette Ellis, 34, of Gainesville does just that by striving to unify men, women and children through turbanettes, shirts and accessories. She said her business Head’n Treasure helped her discover her purpose – to add to a person’s royalty, style and grace through her products.

Ellis helps others find their own beauty, and while Black women are the heart of her business, she said her services are open to anybody. She said her support ranges from the local community and beyond.

“You’ll never know everything; you’re always learning,” Ellis said. “It definitely helps when people who are further than you…encourage you to continue forward.”

As Women’s History Month comes to a close, these women support the notion that passion and patronage assist people in achieving their goals and dreams. None of these businesses serves just Alachua County. The impact of minority women-owned businesses reaches a wider audience through interdependence and collaboration.

“When you make the shift of collaboration and you take the focus off of yourself, man, something powerful can really happen,” Albert said.

Karina is a reporter for WUFT News who can be reached by calling 352-392-6397 or emailing news@wuft.org.
Previous Midpoint Park and Eatery celebrates one-year anniversary
Next Alachua County Supervisor of Elections office employees cleared of wrongdoing in voter fraud probe