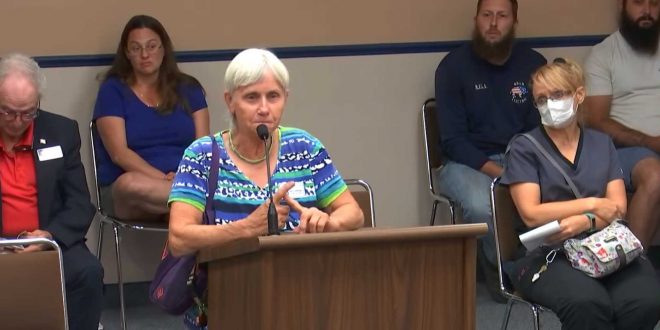 Janis Cross Cubbage was blindsided when she learned her pay as a Marion County Schools substitute was slashed from $100 a day to $70 a day.

“It was a total surprise,” she said. “There was no notification whatsoever.”

The Marion County School Board decided to let the $30 emergency increase for substitute pay during the pandemic expire on June 30, much to the dismay of the people who are working in the classrooms when others cannot.

After much protest from the subs, the school board is set to vote to increase the minimum back to $100 a day at its meeting on Tuesday.

After working as a full-time teacher for 17 years, Cubbage started subbing three years ago. During the height of the pandemic, most school districts in the area pushed substitute pay to $100 per day to attract much-needed workers.

However, in Marion County, the pay increase expired June 30 and no one notified the subs of the return of the $70 pay, which equals about $8.65 per hour.

“They had told us that it was going to be $100 a day until the day that somebody called me to substitute, and then I asked how much that was going to be, and they said, ‘It’s back down to $70 a day,’” DeWitt said.

DeWitt decided he would no longer be a substitute teacher because of that pay cut. He said it would not be worth it for him to come in for sometimes more than eight hours per day just to make around minimum wage.

Cubbage said the school employment center said the announcement was posted on its website, but since she was already employed by the school district, she didn’t feel she needed to check the site regularly.

On Aug. 24, Cubbage went to the Marion County School Board meeting on behalf of former teachers who are now substitutes, as herself.

“Teachers who are retired are an incredible resource in the classroom when the regular teacher can’t show up,” she told the board. “We have the experience, and we come back for a reason. It’s not for the pay, but I think we’re worth more than minimum wage.”

Cubbage said she knew many substitutes who said that they would not return to substitute teaching for only $70 per day. DeWitt is one of these substitutes.

He said that on an average day, he would come in at 8 a.m. and leave at 4:30 p.m. With the $70 per day paycheck, that would roughly equal $8.25 per hour, below Florida’s minimum wage. He said he would rather just enjoy his retirement than put in all the work that substitute teaching requires for such little pay.

Alachua and Levy counties pay their retired teachers around $100 per day, and Citrus County pays $85 per day.

“If they can offer $100 a day to their school system retired teachers to come back and take those roles, why can’t Marion County?” Cubbage asked the board. “We can’t let our students down; we can’t let our parents down. Please pay us what we’re worth.”

After Cubbage presented her case to the school board, Deputy Superintendent of Support Services for Marion County Mark Vianello told the school board that he and a team were looking into the issue.

During a work session on Thursday, the Marion County School Board moved forward with a formal proposal to raise substitute pay.

The proposal to increase the minimum payment of $100 per day for substitute teachers is now on the agenda for the school board meeting on Tuesday. As soon as the board approves the proposal, it will become active.

District spokesperson Kevin Christian originally said the proposal would be retroactive, meaning that substitute teachers who taught for Marion County this school year could receive payment to make up for what was missing on previous paychecks.

He later clarified to say that was not correct and that teachers who had taught since July 1 would not earn back pay.

This increase in pay has the possibility to bring back many substitute teachers to Marion County public schools. Cubbage said that many of the substitutes she knows who left because of the pay cut would only come back if pay increased.

“I would absolutely come back if or when the pay is increased,” he said.

Lauren is a reporter for WUFT News who can be reached by calling 352-392-6397 or emailing news@wuft.org.
Previous Gainesville City Manager Lee Feldman Resigns
Next Hundreds Commemorate 9/11 Victims At Ben Hill Griffin Stadium