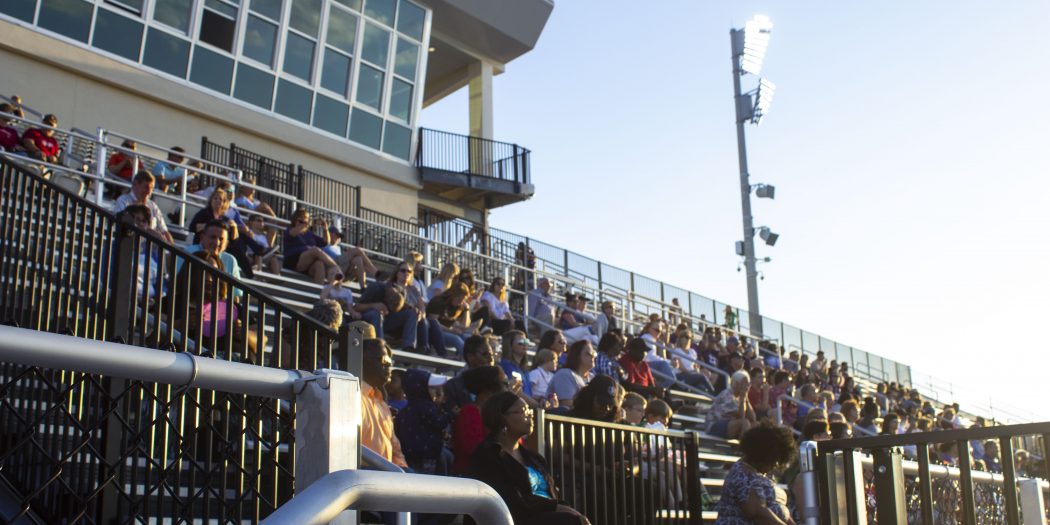 By Angel Kennedy and Madi Spector

Six months after the area’s first Category 4 storm laid waste to the Florida Panhandle, Bay County residents are struggling to regain a sense of normalcy in their county.

Panama City resident Antonia DeBerry, a 53-year-old Michigan native who fled Detroit in 2008 due to violence, recalled the extensive damage Hurricane Michael inflicted on his apartment at Massalina Memorial Homes. The storm tore the rooftops off the building, allowing rainwater to seep into his apartment and rendering it uninhabitable.

“Where Am I Gonna Lay My Head At?”

Despite Bay County’s efforts to recover from Hurricane Michael’s devastation, housing remains one of the most serious problems the area faces.

A little more than a month after the storm, DeBerry moved into temporary housing at Sugar Sands Inn & Suites in Panama City Beach. The Federal Emergency Management Agency’s (FEMA) transitional sheltering assistance (TSA) program, which provides short-term housing assistance to eligible disaster victims, covered the cost of his room, as well as space for 2,057 other households.

The program ended April 8, cutting off relief to 292 families whose long-term housing plans were not approved or received by FEMA. As of Monday, April 15, 42 of those families had received 60-day extensions to give them more time to find long-term housing. Among the 42 families, four households were granted FEMA-provided temporary housing – travel trailers, mobile homes or rental properties leased by the organization.

That left 250 households – including DeBerry – without permanent housing and with no more help from FEMA.

DeBerry, who was told he would qualify for housing in a FEMA-assisted travel trailer, had to check out of Sugar Sands Inn when the TSA’s funding ended on April 8. He now searches for temporary housing elsewhere while relying on help from friends to keep a roof over his head.

“It’s stressful,” DeBerry said. “Every day you wonder, ‘How long am I gonna be here? Where am I gonna lay my head at?’”

He said he feels as if the current recovery efforts have failed families and individuals like him. He expressed frustration with FEMA over the difficulty of completing the procedures necessary to qualify for a housing extension while balancing funds from the Supplemental Security Income (SSI) program to purchase groceries, transportation and medication.

DeBerry’s inability to receive affordable temporary housing may force him to return to Detroit, a choice he considered as a last resort, where family and a troubled past reside.

“When people are doing the best they can, and just because things are not prepared right, then and there, it’s like (FEMA thinks) we’re joking and messing around or something,“ DeBerry said. “Come down and look; come down and see, you know?”

Residents have also complained about landlords doubling and tripling prices since the storm.

David Burgbacher, owner of Nautilus Reality & Management, a leasing company in Panama City, said he raised prices by $50 to $100 following the storm. Burgbacher said he heard complaints about some rent prices tripling from $800 before the storm to around $2400 after it.

Jessica Sabatino, a 34-year-old Panama City resident, had been renting in Callaway, a town in Bay County, before the storm. When Michael hit, she and her husband moved in with her in-laws after their landlord refused to repair the couple’s home and wanted them to move out.

Shortly thereafter, Sabatino’s in-laws put their house on the market, intending to sell it for a profit.

Other residents expressed frustration with finding housing in Panama City as both residents and recovery workers compete for homes not severely damaged or destroyed by the hurricane.

Elizabeth Burke, 40, said she and her husband were technically homeless after their sailboat – which they lived in – was destroyed. They lived with friends around the area until Feb. 1, when they moved into a house in the area.

Bay County Commissioner Philip “Griff” Griffitts said he moved five times within the last six months after his home was damaged by the storm. Because it will take another six to eight months for his house to be repaired, Griffitts said he is currently searching for a new place to live.

“If you are fortunate enough to be in your house, you know hundreds of other people that are fighting that battle: where to live, how to get the reimbursement, how to find contractors,” Griffitts said. “It’s a daily dose of disappointment sometimes.”

“Something’s got to be done,” Griffitts said. “(Washington D.C has) forgotten about us, and they’re too busy fighting about other things that don’t really affect us right now. We need help.”

“Looking for a Little Bit of Normalcy”

Despite their frustrations, Bay County residents continue to assist in local recovery efforts with a sense of positivity about the direction Bay County will take in the future.

Doorways of Northwest Florida, which assists with housing matters and addressing homelessness, currently assists an estimated 4,000 families who were affected by the Hurricane – including nearly 5,000 students in the Bay County school system who meet the definition of homelessness. Jo Shaffer, on-site administrator with Doorways, works with nearly 90 organization members to find vacancies throughout the county.

Shaffer, who’s lived in Panama City for nearly 20 years, suffered damage to her home from the storm but said she has come out a stronger person in the six months since Michael.

“I’m pleased to be able to have the time now to spend here and to do this,” she said, “and try to help others who have bigger problems than I do.”

While DeBerry’s experience after the storm has left his livelihood up in the air, 23-year-old Tiffany Challender has had far greater success as one of 1,766 households who found long-term housing solutions over the past six months.

Challender, whose Panama City home was rendered uninhabitable after Hurricane Michael struck, moved into a Holiday Inn hotel room in Niceville, a town in Okaloosa County, in October. After her job at Piercing Pagoda provided her a relocation opportunity in November, Challender now lives in Jacksonville, traveling back and forth to LivingWord Fellowship in Panama City, where she has been a member for eight years.

“Even though there’s little to nothing left in Panama City, my heart is still there,” Challender said.

Sabatino, who now helps residents as a member of Project Hope, a local organization helping affected residents, said she is cautiously optimistic about how Bay County will recover.

“It’ll be interesting to see what this place is like in another six months because (recovery) is going to take a long time and we know that,” she said.

Burke worked a table at the Pray for Bay event on April 10 with Big Brothers Big Sisters of Northwest Florida, where she coordinates volunteer efforts and special events. The event, held at Bay High School in Panama City, spotlighted the community’s efforts and spread hope to the county’s storm-affected residents.

Griffitts praised efforts like the Pray for Bay event as helping to restore positivity and hope to Bay County residents. He said the Bay County community is trying to embrace anything that carries a semblance of normalcy.

As the Florida legislative session continues, Griffitts urged policymakers in the legislature and beyond to provide aid to those affected along the Panhandle and elsewhere in the state.

“There’s lots of empathy and lots of support – ‘We want to help, we want to help,’” Griffitts said. “But the sausage making in Tallahassee is very ugly, so I’m hopeful that at the end of the day we’ll get some relief. I really do.”

Angel is a reporter with WUFT News and the Production Manager for GHQ – a top-40 radio station based out of the University of Florida. Angel can be reached at 813-810-6742 or by emailing angel.kennedy@ufl.edu.
@mrkennedya
Previous Skepticism, Frustration Overpower Neighborhood Meeting On Recent Dog Attacks
Next The First Arts Academy Designed For East Gainesville Students Coming This Fall