Alachua County Animal Services reopened its doors Tuesday after nearly three weeks of the shelter being under quarantine. The shelter is also offering free dog adoptions through May 20 to deplete its overcrowding problem.

The shelter closed nearly three weeks ago when staff discovered numerous dogs experiencing coughing, nasal issues and lack of appetite. A swab test taken by the University of Florida Vet School from the dogs revealed a highly contagious, but treatable, upper respiratory infection that was spread through the air.

After weeks of quarantine, the #AlachuaCounty animal shelter reopens and is ready for residents to adopt again @WUFTNews pic.twitter.com/ifMTNMdGqk

Shelter supervisor Jane Grantman said there’s nothing to worry about now. She thanked the community Tuesday for helping make dog lodging possible when the shelter couldn’t take any new occupants, through the foster program.

“[Being] under quarantine, what we’ve done with incoming dogs is put them in a separate area so that they [wouldn’t be] exposed to the dogs that did have the illness,” Grantman said. “And then we really utilized fosters. We put out a lot plead to the communities for people that were interested in fostering a dog.”

However, now that the quarantine is over, the shelter has other concerns.

“We have a full shelter of animals because we haven’t been able adopt out anything for the last weeks,” she said. “We have dogs in almost every kennel that we have here at the shelter.”

To combat this, the shelter reached out to the community, advertising free dog adoptions, which end on Saturday.

The shelter says dog adoption is free this week since every kennel is occupied @WUFTNews pic.twitter.com/D1CvjCZFo9

Some like Gainesville resident Hailey Cabin jumped on the opportunity when she heard it was free.

Cabin and her boyfriend, Jimmy Phan, were seeking a dog to befriend their current one. As Cabin checked out the dogs, she noticed a heightened energy among the cages.

“We were looking at another dog, and [we were told] they had been doing quarantine and that they haven’t been out in two weeks,” she said. “And so they’re all full of energy seeing people finally.”

Dogs play outside for the first time in weeks. The quarantine kept them inside the whole time. @WUFTNews pic.twitter.com/KYtafx0ZHk

While under quarantine, the dos were unable to leave their cages and spend time outside. Once the shelter re-opened disease-free, volunteers took dogs out for baths, needed playtime and interactions with those looking to adopt.

Each dog available for adoption is examined, vaccinated, spayed or neutered and microchipped before leaving Animal Services. The shelter is open from 10:30 a.m. to 5:30 p.m.

Chase is a reporter for WUFT who can be reached by calling 352-392-6397 or emailing news@wuft.org.
Previous ‘Christmas In May’ For Many College Students
Next “Liquor Wall” Bill Has Liquor Store Owners Fearing For Their Businesses 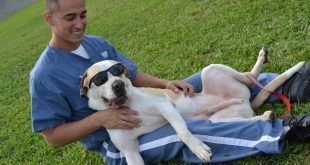 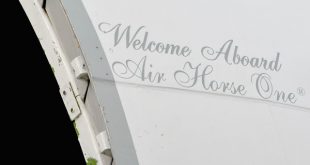 A typical process of studying these compounds begins with retrieval of the organism, followed by chemistry steps to isolate pure compounds from the marine products, said Sandra Loesgen, an associate professor of chemistry at the Whitney Laboratory for Marine Bioscience.