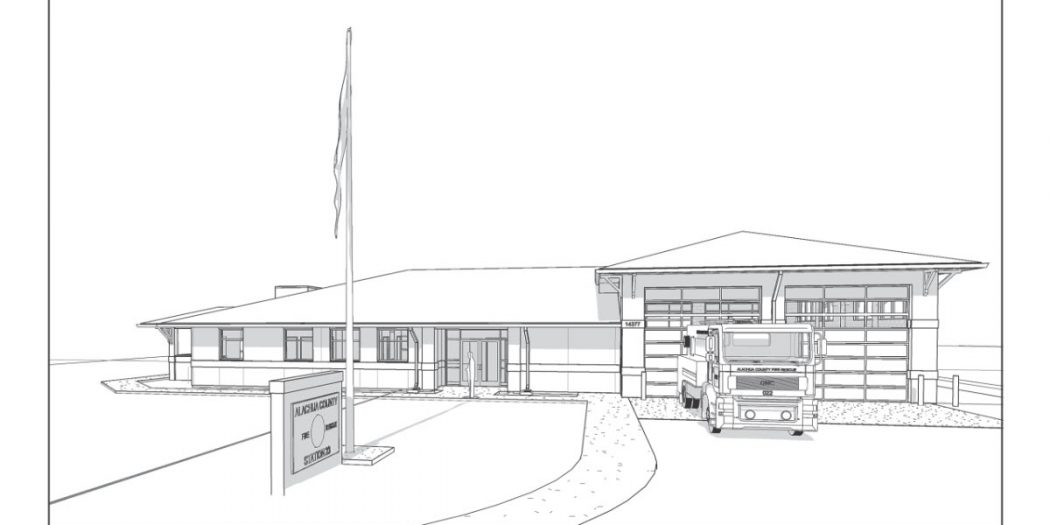 Plans Being Made For A New Waldo Fire Station

Fire Station No. 23  in Waldo is rescheduling its groundbreaking ceremony, which was originally scheduled for Friday morning, because of Hurricane Matthew. They have not set a new date yet.

The new single-story station, which responds to all calls on the east side of the county, will be located at 14377 N.E. US Highway 301. This location will take over for the old house at 263 Earle St., which was built in 1988.

The cost for the new building is around $2.1 million and is funded by Alachua County’s 2017 budget. The project was conceptualized in 2014, but due to delays, construction is just starting to move forward. The construction company has over 200 days to complete the building from the day they signed the contract.

“The original estimate for the project was around $1.7 million, but when the land clearing estimate came in, the cost increased to $2.1 million,” Alachua County Fire Chief Bill Northcutt said. “That delayed things until the additional funds were available.”

Waldo City Manager Kim Worley said the city donated the land for the station about five years ago. (The $2.1 million goes toward just the construction.) Chief Northcutt said they are still in the process of clearing that donated land.

The new station will be energy efficient and house a back-up generator.

“The way we build fire stations now is that they have to meet particular wind load standards to make sure they can withstand hurricanes,” Northcutt said. “In addition to wind loads — in a hurricane, very often power is disrupted, so we make sure there is a generator of sufficient size so that [the] station could run independent of commercial available power in the area.”

The building itself will be energy efficient in not only the roof structure, walls and windows, but in the air conditioning, Northcutt said.

“Energy efficiency is a top priority for us.”

The station will not be getting any new equipment with the move but is simply transferring the equipment from the old station to the new one.

The Waldo fire station has three people on staff at all times after receiving a $1.3 million grant in August. By early next year, the Waldo station hopes have four round-the-clock staff.

“The station is being built so that if at some point in the future the county commissioners [choose] to fund a rescue and ambulance in that area, that the station would just need to build a bay,” Northcutt said. “The building is being constructed such that the bay would be easy to add – that’s for the long term.”

“A great deal of work went into the design of the building,” he said.

The 28-year-old station currently in use, which is located under the county’s water tower, will not go to waste, but will become a home to the public works department.

The new station, which is moving across town, will offer room to grow while leaving space for a possible ambulance.

“It will look good for Waldo to have a new facility built,” Worley said.

Lauren is a reporter for WUFT News. She can be reached at news@wuft.org or 352-392-6397.
Previous Alachua County Establishes Children Services Council
Next Oaks Mall Experiencing Continued Power Outages