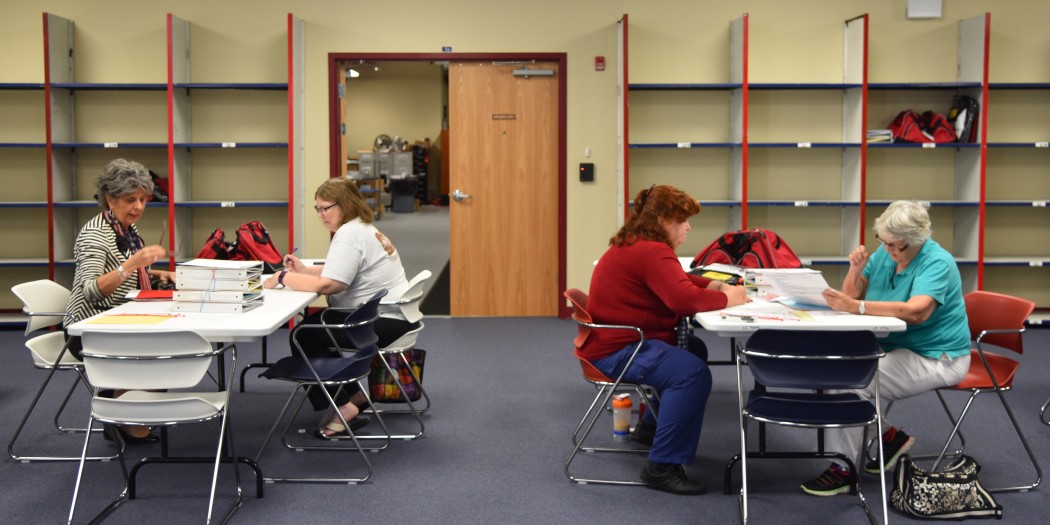 David Jenkins has been preparing for his trip to the library Tuesday for four years.

After being an assistant clerk for those four years, Jenkins will work during Tuesday’s primary as a clerk, the official who oversees an individual voting precinct. His precinct is precinct 42, the Tower Road Library.

Voting in the primary — which for Alachua County will include races for sheriff, supervisor of elections, county commission and school board — is set for Tuesday from 7 a.m. to 7 p.m. at assigned precincts.

“I will confess that Tuesday’s going to be my first gig as the clerk,” Jenkins said, “so I’m a little nervous.”

But he said he’s also excited to be in charge of making sure the election runs smoothly.

So far this election, through early voting, 8,341 Alachua County residents have voted, said Pam Carpenter, the county’s supervisor of elections.

She said she also expects a strong turnout for the primary vote Tuesday.

Historically, for a primary in Alachua County, there has been a 20 percent turnout, Carpenter said. She said she anticipates a 30 to 35 percent turnout Tuesday.

On Monday, volunteer Dottie Dreyer was stationed at the Alachua County Supervisor of Elections Office processing absentee ballots — especially those that were torn in the mail or were from overseas — to make sure each one is counted.

She said she will also be working on absentee ballots Tuesday because people can continue to turn them in until 7 p.m. then through the elections office’s 24-hour drop-off box.

While awaiting a meeting at the office, Dreyer noted that it’s citizens’ “civic duty to vote.”

“It took a long time for women especially to get the right to vote,” the Gainesville resident said, “and I think it’s important to exercise that right.”

Carpenter — who isn’t seeking re-election in the primary — said that although she wants more voters to participate specifically in Tuesday’s election, voting in every election is “incredibly important.”

“You’re determining the future of your country from the local level right up to the federal levels,” she said, “so every vote is important. It’s your voice. Make it count. Get out and vote.”

Cecilia is a reporter for WUFT News and can be contacted by emailing mazanecc@ufl.edu.
@@CeciliaMazanec
Previous Gainesville’s Thomas Center Completes Fountain Repairs
Next Alachua County Commissioner, Sheriff’s Office At Odds Over Marijuana Citations

A Leon County circuit judge has blocked a candidate from running for state attorney in a large swath of North Florida, finding that she did not meet a legal qualification for the job.