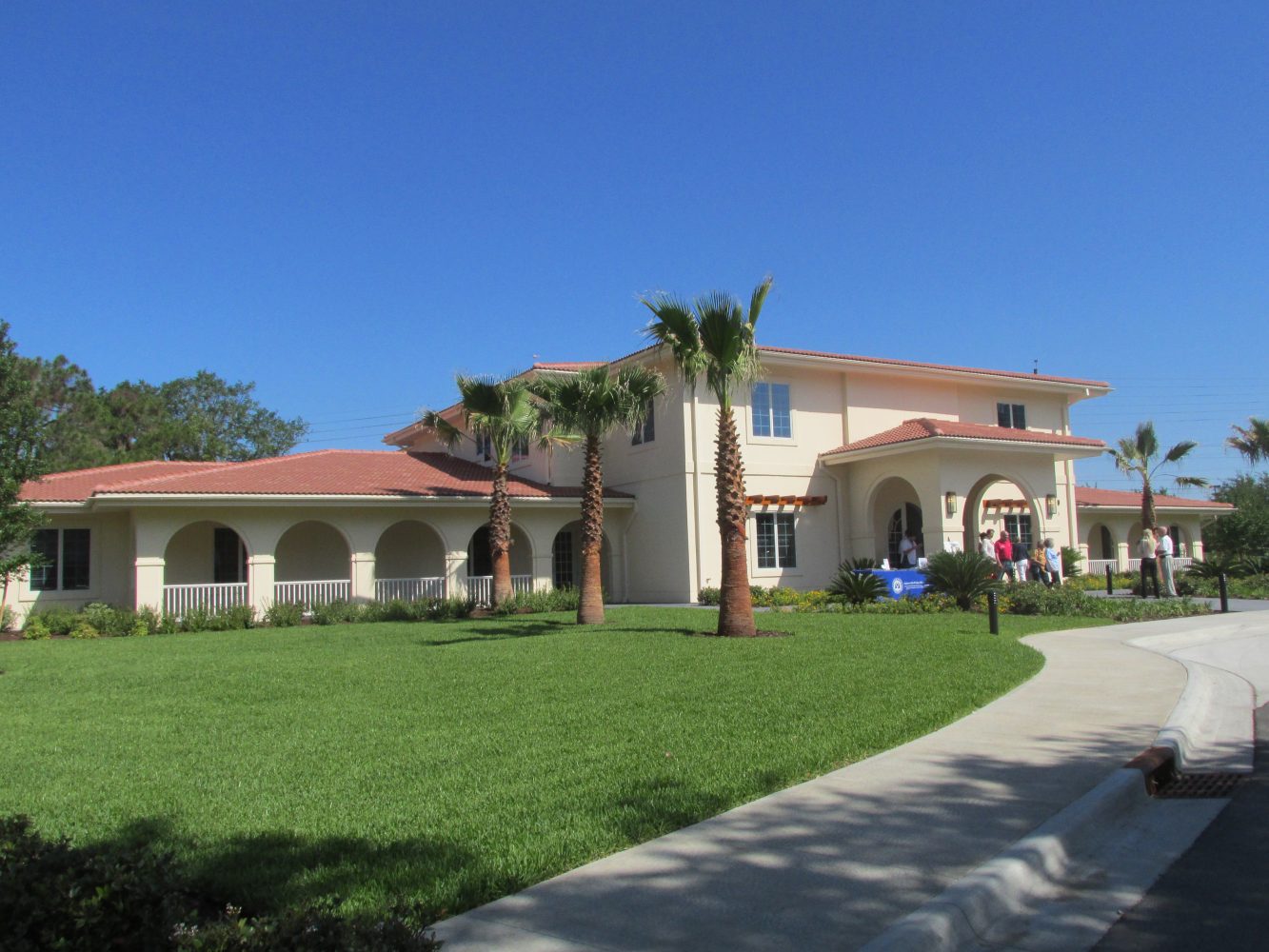 Veterans’ families now have a new place to call home when their wounded warriors are receiving care at the Malcom Randall VA Medical Center in Gainesville.

The Fisher House Foundation is a charity that provides free housing to families as their loved ones receive care at a Veteran’s Affairs hospital. While the Gainesville Fisher house opened its doors this weekend, the journey began nearly six years ago when the president of the Fisher House received a phone call from a local veteran.

“Our VA is one of the busiest VA’s in the country. We service more than 450,000 veterans, so there was a tremendous need for this house.” said Rick Fabiani, president of Gainesville Fisher House.

As an army veteran and member of the Gainesville Rotary Club, Fabiani wanted to do more to serve his fellow vets. After hearing of the Fisher House Foundation, he decided to visit the Tampa Fisher House to see what the organization was all about.

“We walked in and we were totally blown away. It was just ‘wow this is just amazing.’ So I came back and I said you know what, this is what we gotta do. We gotta have one of these in Gainesville,” Fabiani said.

Together the trio began making plans to build a local Fisher House. With the support of his wife and now Fisher House director, Patti, and other local organizations, Fabiani chartered the Gainesville chapter of the Fisher House Foundation.

The Fisher House Foundation is a unique combination of a private and public charity partnered with the Department of Veteran’s Affairs. While the national organization provides money to build the homes, it is up to the community to keep the house running, covering cable and electricity bills and paying the house’s full-time managerial staff.

“When we start a house, we have to have the funds to finish it,” said David Coker, president of the Fisher House Foundation. “When you’re giving a gift such as these houses, it has to be debt-free. The American public has been very supportive, however, the Gainesville community and Gainesville Fisher House Foundation has to have the funds to keep the house running in perpetuity.”

The Gainesville foundation’s goal? To raise half of the $6 million needed to build the house.

‘We had phenomenal support right off the bat,” Fabiani said. “We were struggling initially like every project when one of the folks gave me a call about 11:30 at night and he says ‘Rick, this is Steven I’ve talk to my family and we’ve decided we want to help you with the Fisher House…we want to give you a million dollars.’ That was a great, big push. We like to call that our little miracle.”

That miracle donation from the Cade Family Foundation helped the Gainesville Fisher House break ground in 2009. Other groups such as the Harry and Jeanette Weinberg Foundation, Gainesville Rotary Club and  the Amvets chapter of Bronson, have contributed to the home. So far more than $2 million has been raised locally.

“We’ve gotten a check for five dollars and sent a thank you note,” Fabiani said. “That’s just what we do. That’s how important it is to us… As long as there are veterans, there will always be a need for this.”

After about four years of planning and fifteen months of construction, the community was invited to see the finished product at the open house ceremony on May 17.

For Sally Klein, a Fisher House was a beacon of hope when her son, a West Point graduate and Army infantryman, survived an explosive blast and became a triple amputee while serving in Afghanistan.

“He lost both his legs about the knee and his right arm above the elbow,” Klein said. “He had a lot of damage to his left, lost three fingers and had a lot of nerve damage in his left arm so the two fingers he has left are almost completely paralyzed.”

While her son, Army Capt. Edward Klein, underwent nearly 100 surgeries, his wife Jessica stayed at a Fisher House near Walter Reed Medical Center for seven months. Sally and her husband spent five weeks in a hotel nearby and used the Fisher House as a place to escape, be a family and complete simple tasks like doing laundry or making home-cooked meals.

“My best memory of the visiting the Fisher House was Easter of 2013 and they invited all the families and we all ate in the big dining room and it was my son’s first trip away from the hospital in his electric wheelchair,”  Klein said.

The Fisher House Foundation has been a lifeline to veterans’ families, especially those from more recent deployments such as Iraq, Afghanistan, Vietnam, and Operation Desert Storm. The Gainesville Fisher House will serve veterans from 52 countries in north Florida and south Georgia.

Staying in a Fisher House can save families hundreds of thousands of dollars as many leave their homes and jobs to support their soldier family members.

“It was a really great environment…everyone was going through the same thing,” Klein said. “We’ve made lifelong friends in that house. It was so convenient for Jess [Edward’s wife]. She would spend many nights at the hospital with Eddie when he was going in and out surgery. It felt like he was having surgery every day. She would stay up all night and go home just to nap or shower. Her Fisher House family was really there for her, from offering emotional support to leaving a dinner plate out for her.It gives another level of support for people who are under so much stress.”

The Gainesville Fisher house is within walking distance from the VA and features 20 handicap accessible suites, a community kitchen, living room and outdoor grilling patio.

Families are recommended by their respective VA Hospital respective of the medical procedures the veteran will receive and length of time he or she is expected to stay in the hospital. From there, family members must complete an application and background check.

With that support, Sally’s son Edward has been able to recover one day at a time and is preparing to receive prosthetic limbs. He is now driving a wheelchair accessible van and even has plans to go to graduate school.

“We have the opportunity to make a difference in their lives and make the families part of the recovery. It’s the  doctors and therapists that say ‘you need to do this exercise’ but it’s the family members that say ‘do it again’ and ‘you’re not done..until we walk out of here together,'” Coker said.

The story that connects people to the Fisher House is unique to each person. For Fabiani it was his sense of personal duty.

For Coker, it is the memory of a kind general who gave his family a place to stay with as his mother underwent cancer treatment.

For Klein, it was the first meal she shared with her son outside of a hospital.

But it is the undying sense hope that the Gainesville Fisher House will always serve as a symbol of gratitude to veterans that makes this house truly feel like a home. 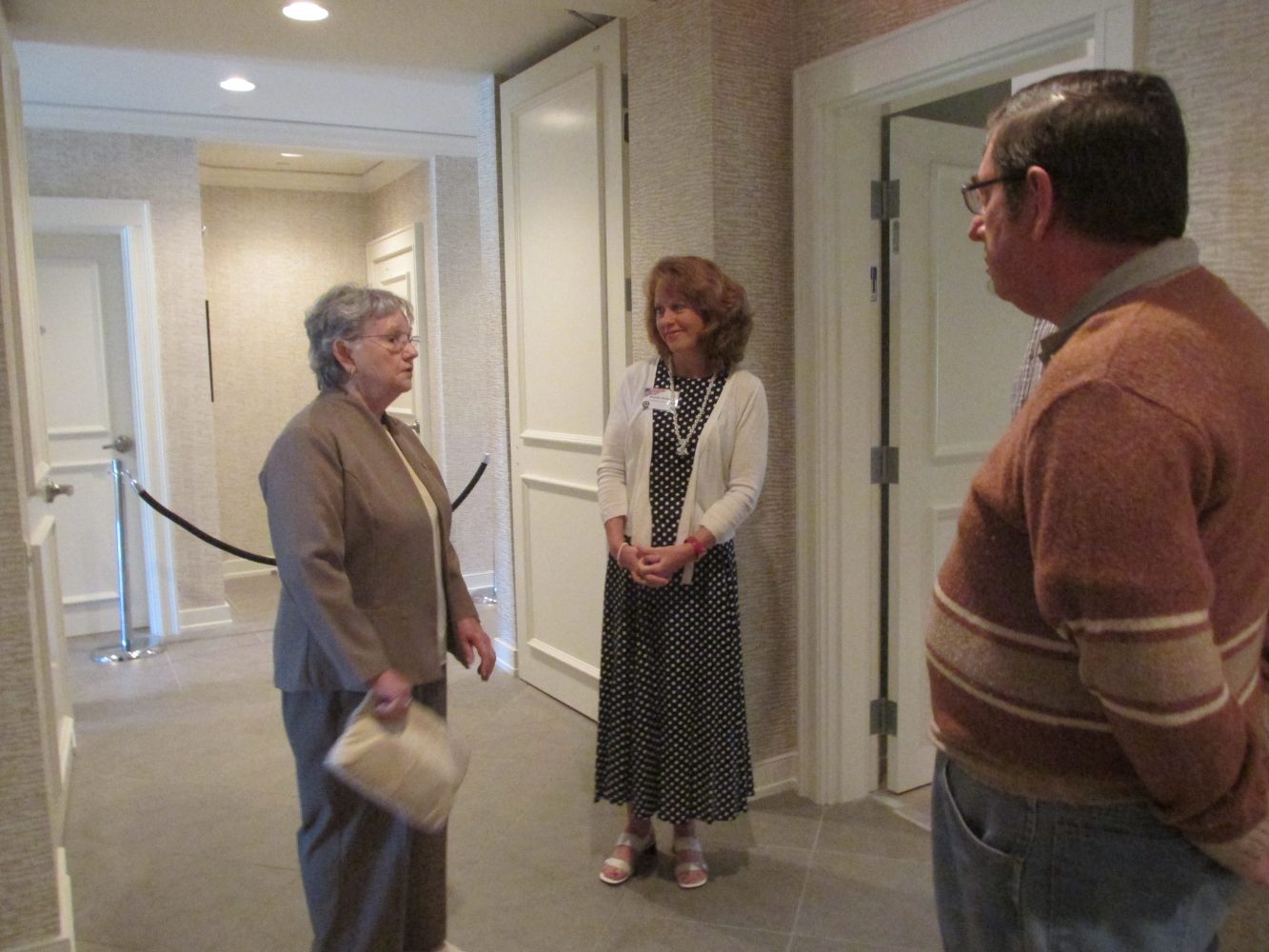 Guests enjoying a tour through the house. 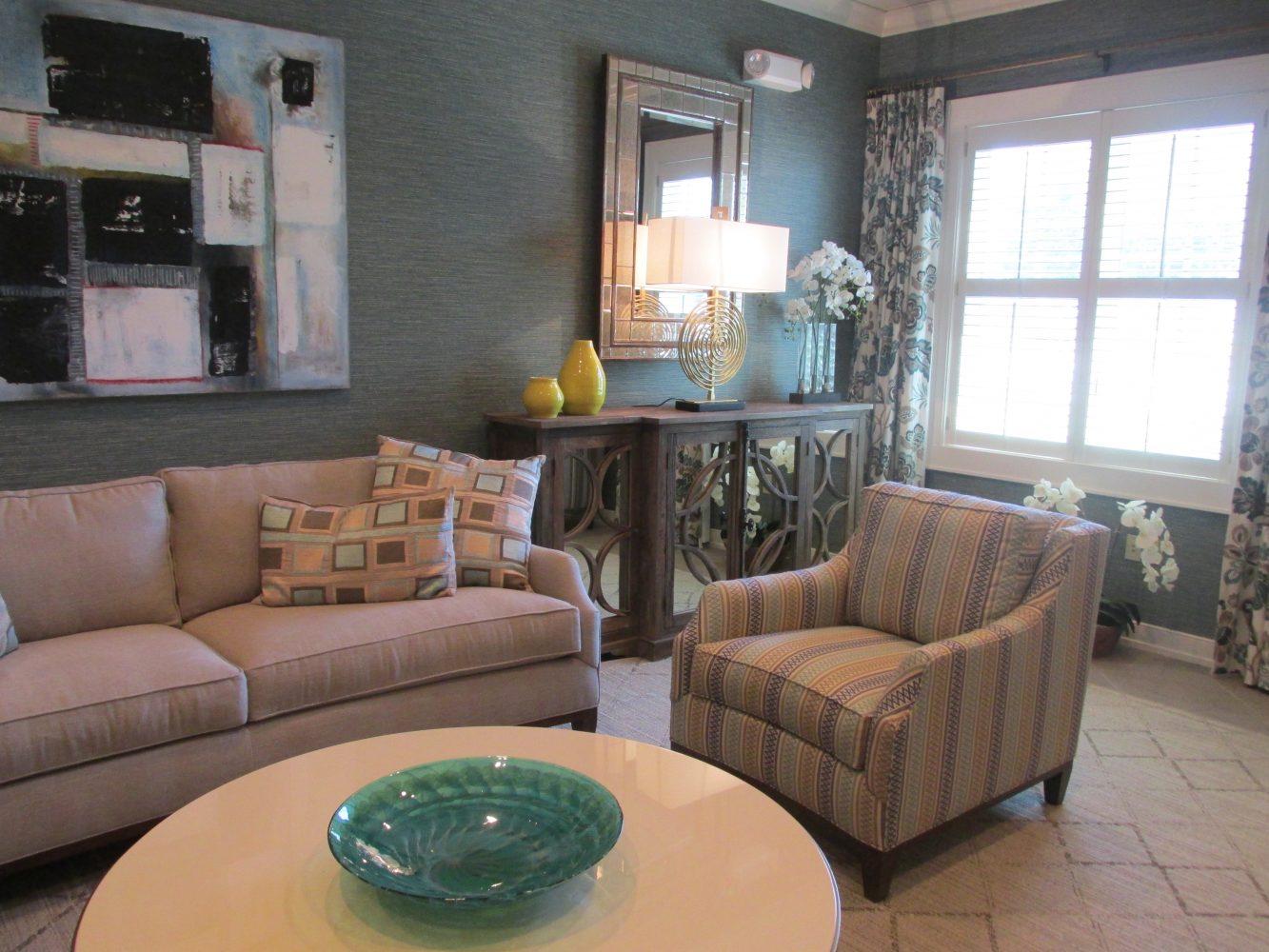 Families can relax and lounge in the living room. 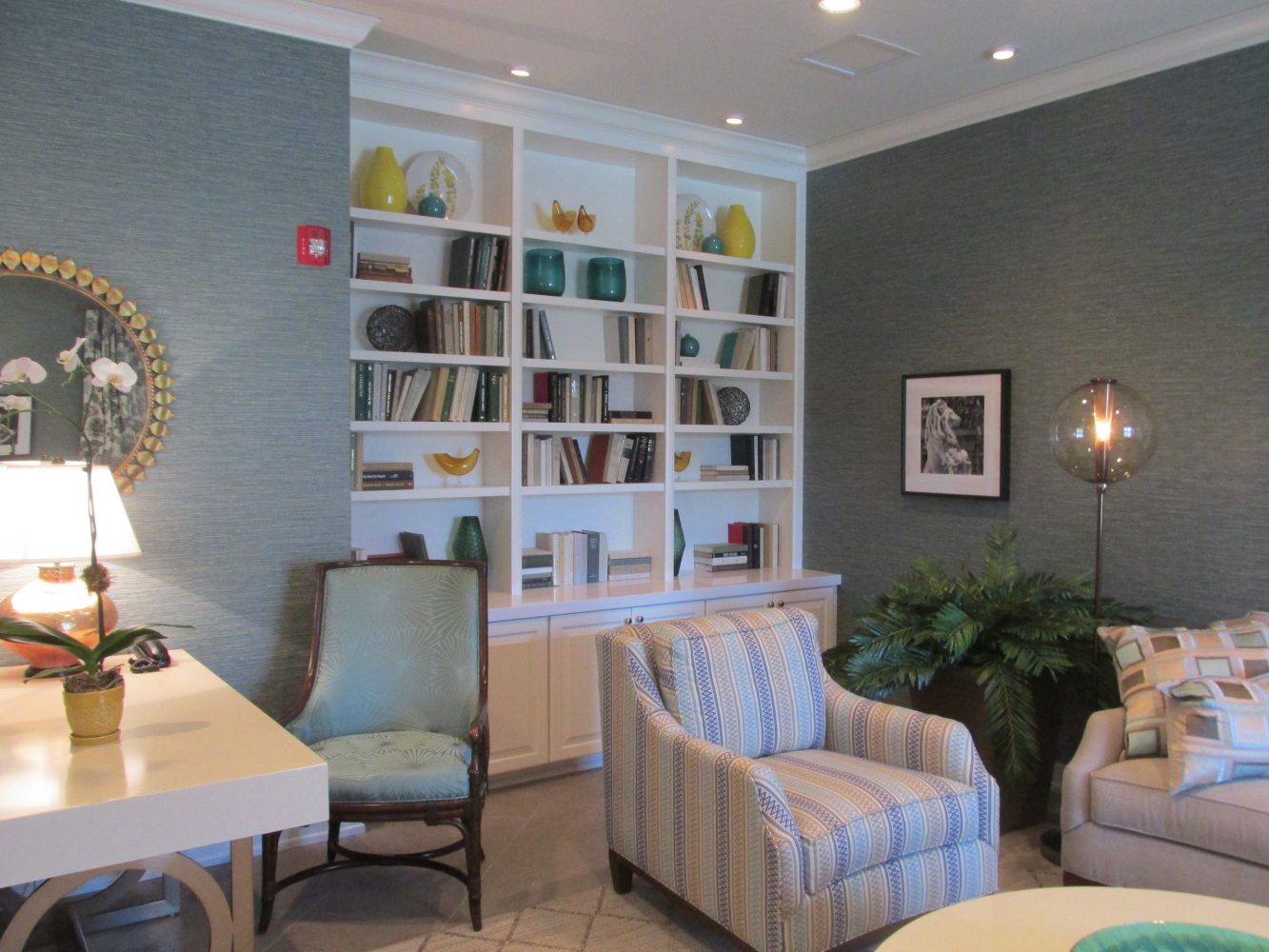 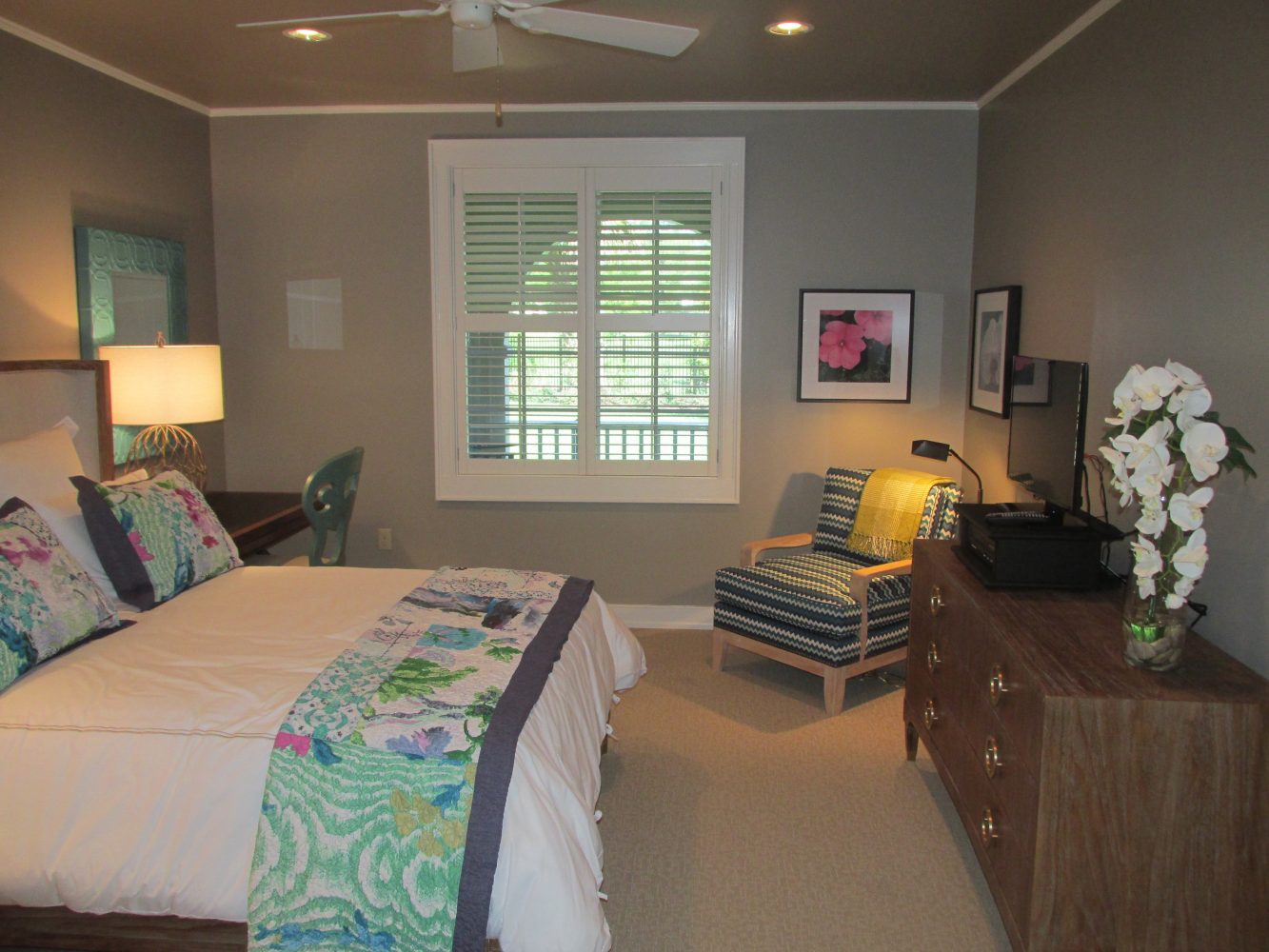 One of the 20 suites the new Fisher House will provide families. 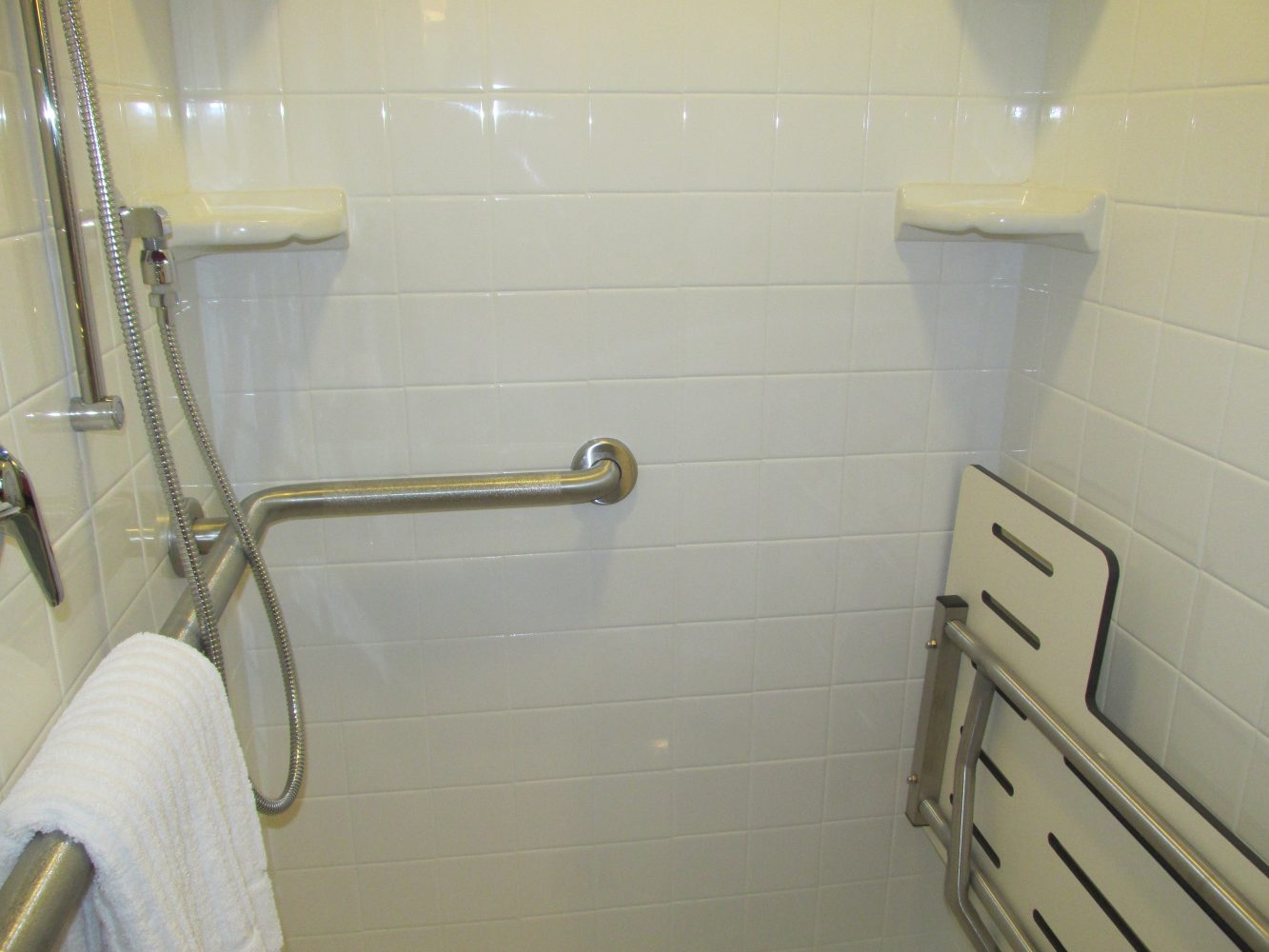 Each room has a private, handicap-accessible bathroom. 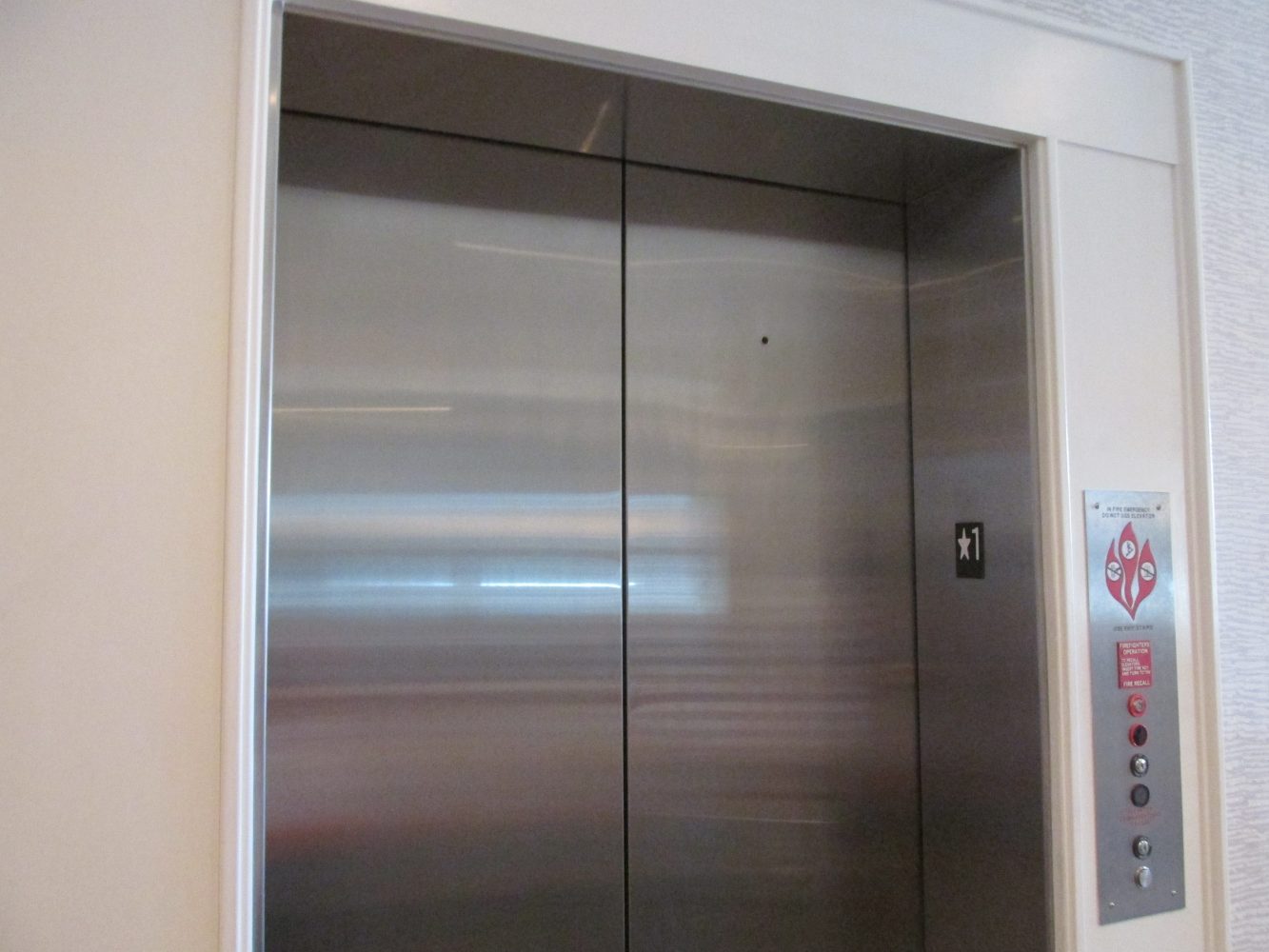 The Fisher House is completely handicap accessible, including this elevator. 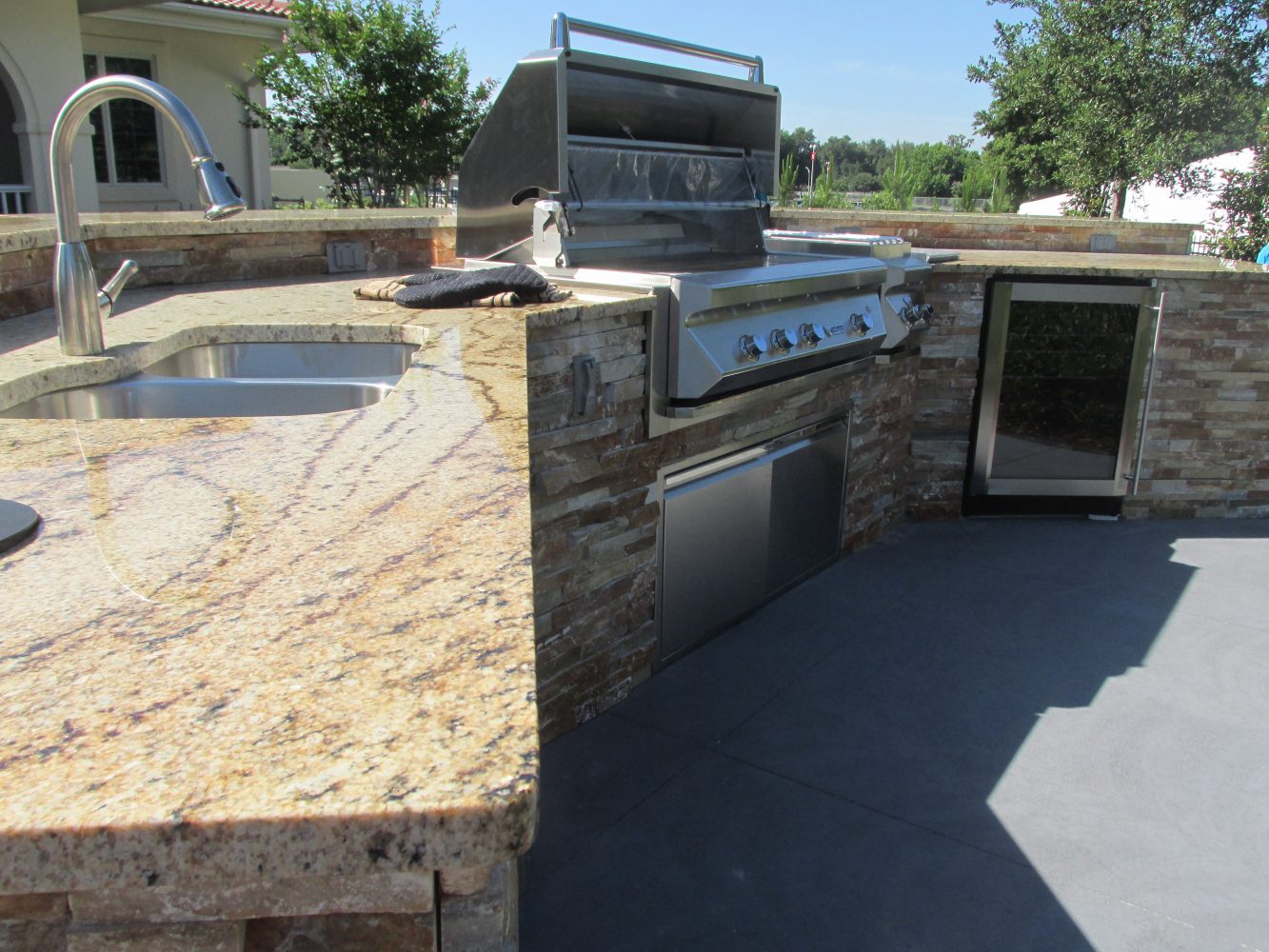 Families can use this outdoor kitchen to host summer cook outs and celebrations. This is the first Fisher House to come equipped with an outdoor grilling patio. 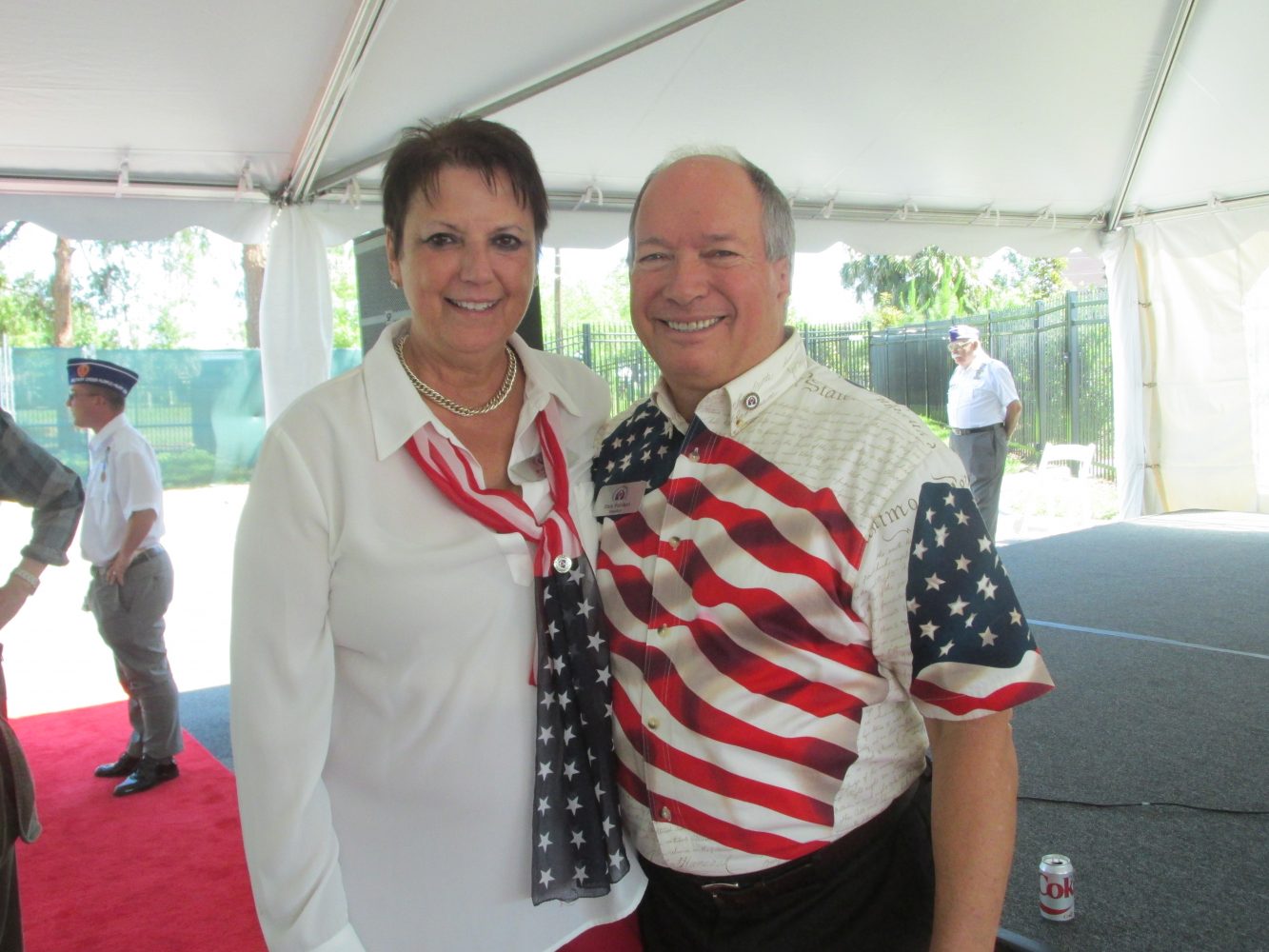 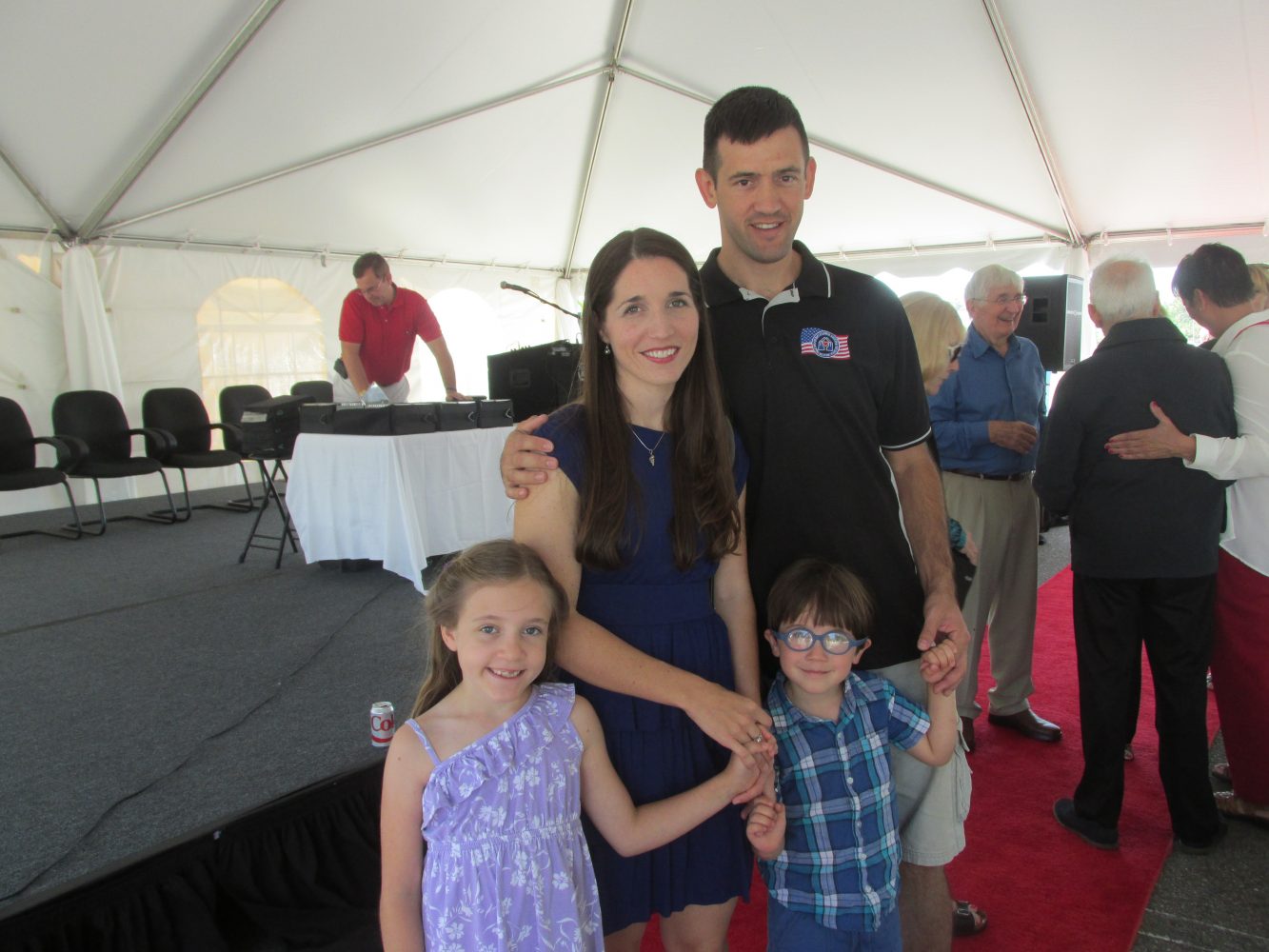 Jonathan Pruden and Family. Jonathan is a veteran his family stayed at a Fisher House when was receiving treatment. He is one of the first to suggest a Fisher House in Gainesville. Guests and donors chatting at the Open House luncheon. As inflation rises across the country and fuels growing food insecurity in local communities, the …