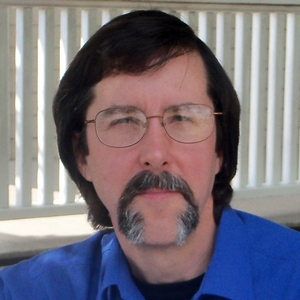 He’s hoping to add Gainesville mayor to the list.

As a self-described fiscally conservative centrist, Venzke believes that he can “suit the political taste of a broad range of people.” He is running in the public’s interest, he said, without the support of any interest groups.

His campaign is centered around a responsible energy policy, revitalizing trade and service sectors and a more open governance.

If elected, Venzke said he would work to renegotiate the biomass contract, which he believes is one-sided. He wants a plan that would purchase the minimum amount of energy from the biomass plant.  He would spend the rest of taxpayers’ dollars on renewable energy sources.

“We can’t just let (the biomass contract) go and see where it’s going to take us,” he said, “because it has the potential. . . to be financially devastating to our city and to its citizens.”

Venzke also wants to take the mentality of Gainesville’s burgeoning innovation community and apply it to trade and service industries. He would build education and training centers to help more people launch business careers.

He considers himself a part of the innovation community and participated in Gainesville Startup Weekend last September.

“I have a strong respect for knowledge and information gained systematically through the social science and political sciences,” he said.

He has felt a calling to public service since his young adulthood. A year ago, he ran for Gainesville city commissioner and received a little more than 1 percent of the vote, according to the Alachua County Supervisor of Elections.

Before moving to Gainesville, he worked on political projects ranging from environmental activism to Ross Perot’s 1996 presidential campaign.

Venzke has lived in Gainesville for most of the past decade. In that time, five of his bicycles have been stolen. After he was attacked in his Near South neighborhood in 2011, Venzke has worked to revitalize the area, from cleaning up trash to sending out neighborhood newsletters.

Ten years from now, he hopes that Gainesville will be “a place of great opportunity for those across the socioeconomic and education spectrum.”

Ashira is a reporter for WUFT News and can be contacted by calling 352-392-6397 or emailing news@wuft.org.
Previous Florida driver’s licenses to be available through tax collector offices
Next Profile: Donald Shepherd Sr.