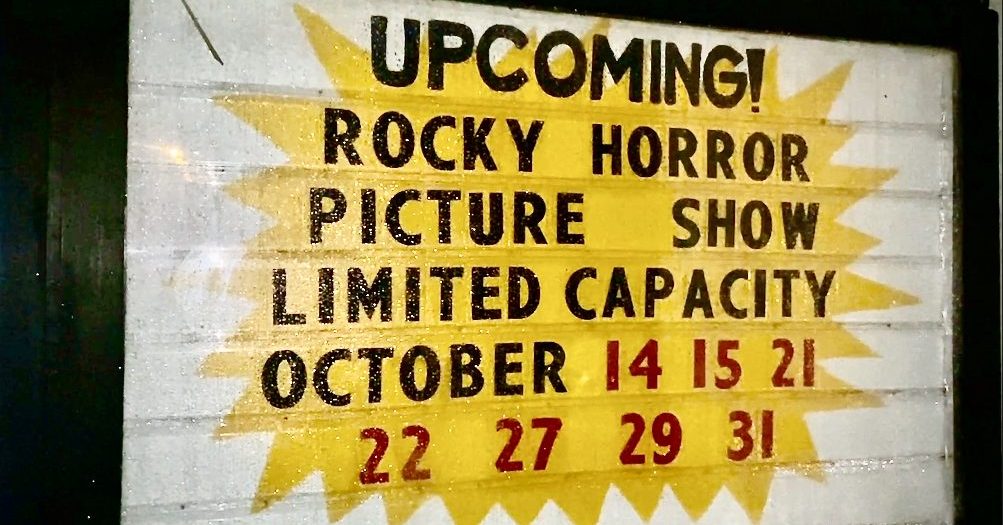 After closing for six months due to COVID-19, High Dive, a music venue in Gainesville, is back open with its seventh annual production of  “Rocky Horror Picture Show.”

The show is put on by Glory Days Presents company and Frankie and the Pretenders acting troupe. Three shows, with limited capacity, will be performed on Oct. 27, Oct. 29, and Halloween.

“We have gone to great lengths to make this show safe,” said owner of Glory Days Presents and facility events manager at High Dive, Patrick Lavery. COVID-19 precautions have reshaped protocol for the show.

Capacity has been reduced by 30% and seating is separated by groups. Masks are required at all times and temperatures will be checked at the door. Drinking is allowed only outside. Actors are not going into the crowd and there will be less props.

“I was skeptical at first about us doing this show with COVID-19 because it is known for being so interactive,” said Garret Pogue, who plays the character Columbia. “But I believe we’ve done an amazing job making adjustments so the show so is safe.”

Above: Garret Pogue and Devin Huchingson believe “Rocky Horror Picture Show” was able to be put on at High Dive because of its versatility. “Rocky will never die,” Pogue said. (Lily Girton/WUFT News)

According to Lavery, High Dive has been struggling financially due to the six-month closure.

“Shows are our only source of revenue,” he said. “The state shut us down for six months with no assistance. We are waiting on government help from the state, city and U.S. government, but we feel a bit forgotten here.”

Lavery said he hopes the Save Our Stages bill passes in Congress, which would provide live performance venues with grants to combat the economic effects of COVID-19.

Pogue said because the show has been going on for seven years, High Dive has accumulated props, sets and costumes over the years. Otherwise, it would have cost them thousands of dollars.

No shows have sold out yet, however, Lavery estimated ticket sales will increase closer to Halloween.

“We all put in many hours of preparation to make this show happen,” he said. “Come have a good time; it helps a local venue and local performers in the process.”

Performing in High Dive’s production of “Rocky Horror Picture Show” has been different and challenging this year, according to Pogue, but she said she’s excited to be able to give people the opportunity to see live entertainment again in a safe way.

“If you’re itching for a live performance, this is it,” she said.

Pogue said one of her favorite parts about the show is the welcoming atmosphere it creates.

“We have wine moms, punks and gay boys in the same audience,” said Devin Huchingson, who plays the character Riff Raff.