Each year, trees draw in the water and nutrients around them to pack on a new layer of growth. The layers have many stories to tell about the tree and its surroundings – including stories of what our water resources looked like in the past. “The great thing about trees,” says Grant Harley, assistant professor of geography and geology at the University of Southern Mississippi, “is that they just sit there and record history for us.”

In the Southeastern United States, that natural history includes both drought and wet periods. The drought of the late 2000s sticks out in many of our memories as particularly severe. Lake Lanier, Atlanta’s primary source of freshwater, dipped to its lowest level in recorded history, causing major economic, agricultural and other impacts.

But in the scope of history, new tree-ring research shows, that big drought was not very big at all. 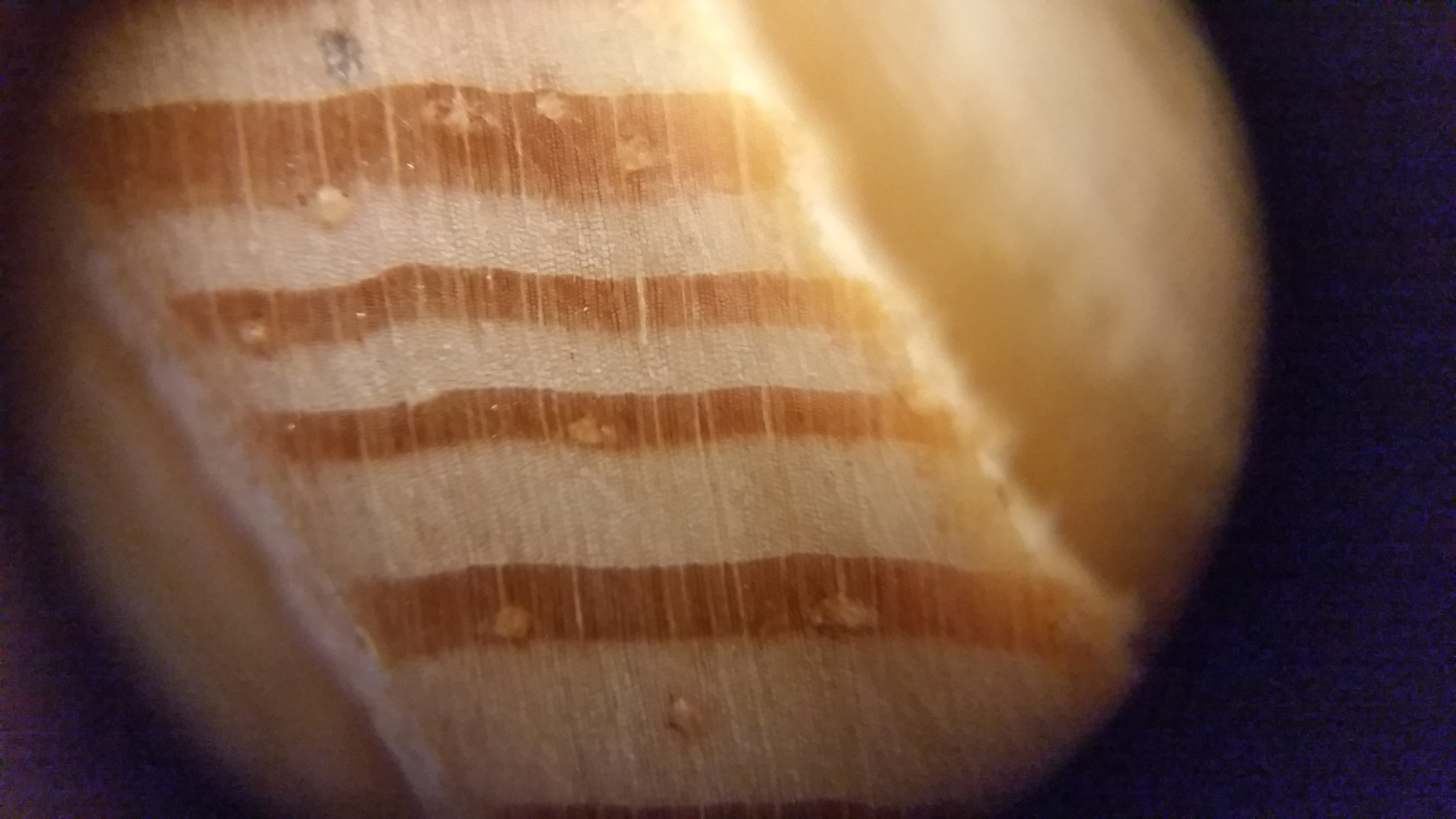 Picture of tree rings from a microscope. Photo courtesy of Stockton Maxwell.

But that may not always be the case. According to Pederson, droughts like those experienced in the Southeast in the 2000s and the 1980s are not unusual. In fact, those modern-day droughts, considered severe, are actually less-severe and shorter-lived than many droughts seen in the tree ring record, which stretches back to 950 AD for some areas. “They’re not unusual,” he says, “but they’re shocking our … human system.”

The shocks now emanate from state capitols to courtrooms, but at some point, residents are likely to feel them closer to home. Florida, Georgia, and Alabama are embroiled in a decades-long fight over water allocation, which has recently been taken up by the Supreme Court. Considering that the Southeast is already warring over water, and we are in the midst of one of the wettest centuries on record, these researchers and others are concerned that current water use patterns aren’t realistic for the long-term. Because the water infrastructure of the Southeast, including Lake Lanier, was built during this wet century, they say it is critical to begin managing with a more realistic future in mind. That includes tough decisions about who gets how much water, and much greater innovation in water management.

Stockton Maxwell, an assistant professor of geospatial science at Radford University, says that understanding the long-term historical context of water resources in the Southeast is crucial to managing for the most severe conditions we might experience.

As part of the next phase of the tree-ring research, scientists will reach out to policymakers and water managers with the data to try and make it part of the background for long-term water management. Maxwell welcomes the chance to ask water managers if they see an ability to supply water for ecological and human consumption under the extreme conditions seen in the tree ring record: “I’m willing to bet that they say, ‘no.’”

“The great thing about trees is that they just sit there and record history for us.”Grant Harley, assistant professor of geography and geology 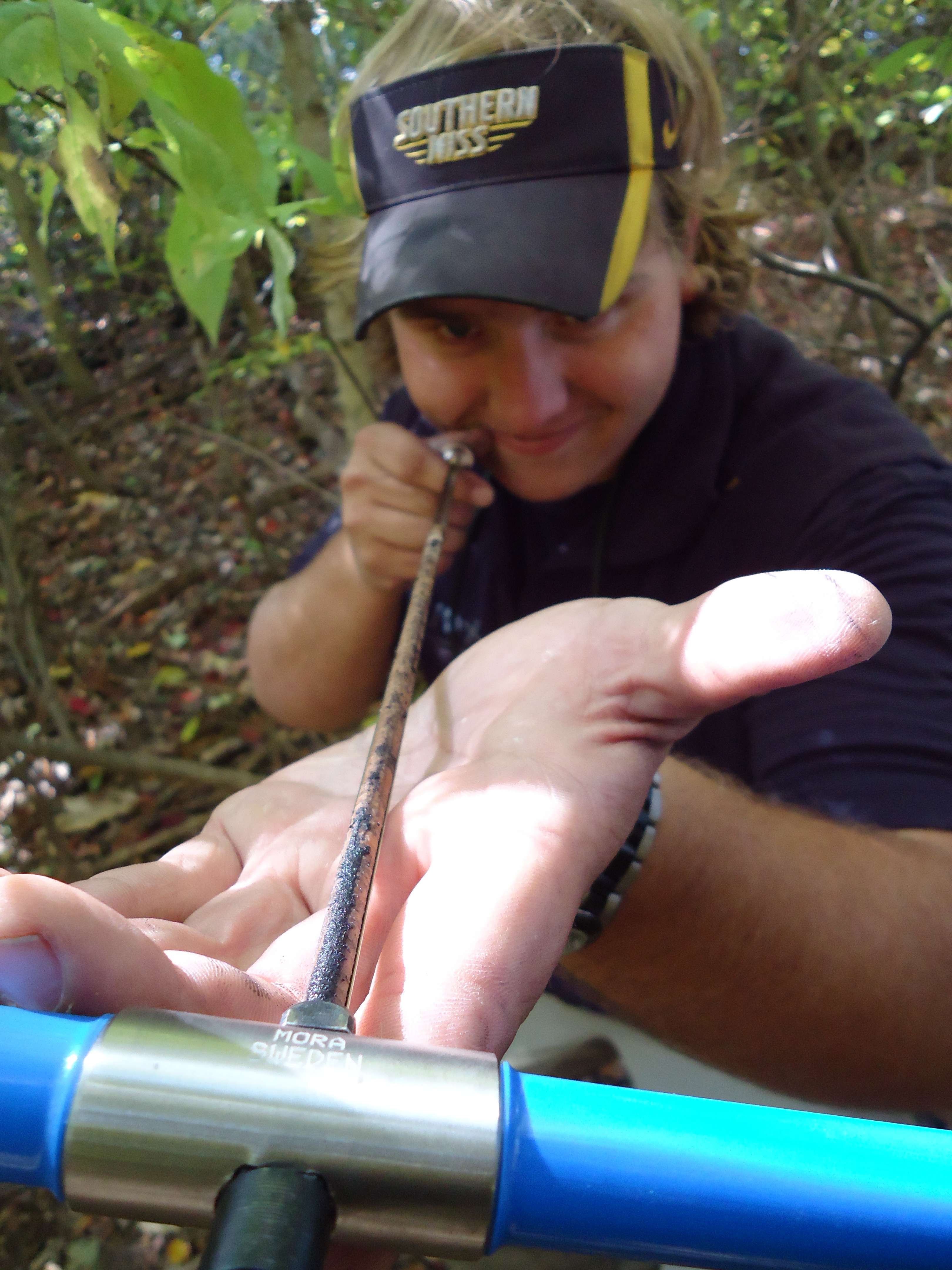 University of Southern Mississippi undergraduate student Robert Gruba extracts a pencil-size increment core from an old bald cypress tree in a southern Georgia swamp. Researchers will use the annual growth rings from these trees to tell the story of streamflow levels in the past. Photo above and at top courtesy of Grant Harley.