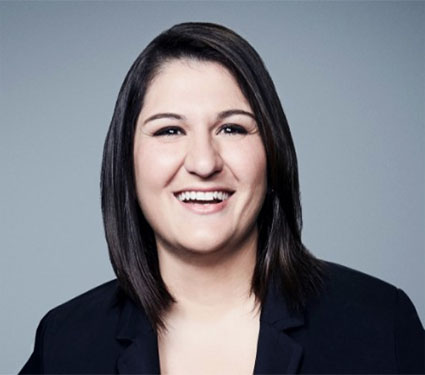 While earning her bachelor’s degree at the University of Florida, Marilia Brocchetto worked tirelessly to achieve her goals, toiling away at the variety of news outlets that the College of Journalism and Communications offers.

She worked at WUFT-TV, WUFT-FM, WRUF and ABC News on Campus. She also participated in Greek life as a member of Sigma Phi Lambda.

“I spent long hours at WUFT and WUFT-FM,” Brocchetto said. “Those late nights at school really helped to shape my post-college working career.”

Right before graduating, Brocchetto worked with ABC News to cover the 2009 BCS National Championship Game in at Dolphin Stadium in Miami.

“It was a thrilling experience to be there and see the Gators win,” she said.

After graduation, Brocchetto took a job as a video journalist at CNN in Atlanta and worked her way to becoming Senior Planning Editor for the International Desk.

More recently, Brocchetto, a native of Brazil who has been living in the U.S. since the early 2000s, began working for Deloitte in Atlanta, where she is a strategic communication specialist.

Throughout her career, Brocchetto still believes the one lesson from UF that will persist for the remainder of her career is that hard work and perseverance pays off.