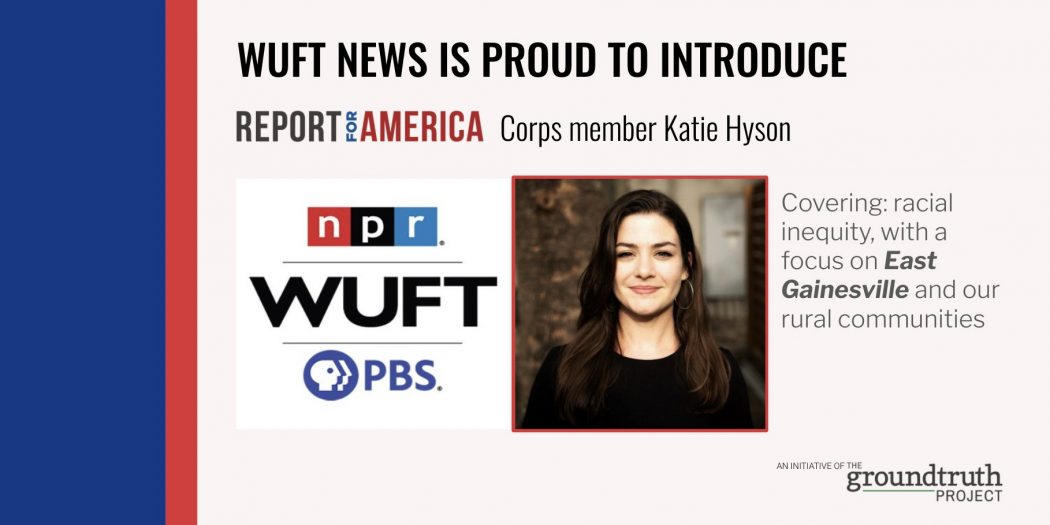 Read Katie’s stories here. If you believe in the value of local journalism, you can support her here.

RFA, a national service program that places journalists into local newsrooms to report on under-covered issues and communities, announced the placements of some 300 journalists for its 2021 reporting corps, including seven in Florida. The cohort, which includes a number of corps members returning for a second or third year, joins the staffs of more than 200 local news organizations across 49 states, Washington, D.C., Puerto Rico and Guam.

Hyson, who earned a master’s in mass communication from the University of Florida in 2020, will be focusing on racial justice issues in East Gainesville and rural inequality across north central Florida.

She previously worked as a supervising editor of digital content in the University of Florida College of Journalism and Communications‘ Innovation News Center and as an adjunct lecturer in the Department of Journalism, where she developed and launched a two-course practicum in digital production and taught multimedia journalism.

“We are excited to welcome Katie Hyson to the WUFT news team as an RFA reporter,” said Mira Lowe, assistant dean for Student Experiences and Innovation News Center director.  “Katie’s commitment to serving our community and passion for telling stories that make visible the underrepresented and vulnerable, are central to our mission. With her on board, we will deepen our reporting on inequity in our city and surrounding rural areas.”

RFA is an initiative of The GroundTruth Project, a nonprofit journalism organization.  According to RFA, about 45% (135) of this year’s cohort are journalists of color— more than double the percentage found in the majority of America’s newsrooms. By better reflecting their communities, RFA believes partner newsrooms will be better positioned to gain the trust of their audiences, amidst the national reckoning on race.

“The crisis in our democracy, disinformation and polarization, is in many ways a result of the collapse of local news,” said Steven Waldman, co-founder and president of Report for America. “We have a unique opportunity to reverse this decline by filling newsrooms with talented journalists who not only view journalism as a public service, but who can make trusted connections with the communities they serve.”

Hyson graduated from UFCJC’s Professional Master’s in Mass Communications program, where she focused on audio, visual and written narratives, including one following the first openly transgender person to run for Florida Senate, and another following a woman through the months leading to the closure of her homeless camp. Before graduate school, alongside freelance writing and editing, she worked in various aspects of community work, including immigration advising, organic farming and sex worker assistance.