This November, Florida voters will again weigh in on a medical-marijuana constitutional amendment, and decide whether to vastly expand the types of patients who are eligible for the treatment.

END_OF_DOCUMENT_TOKEN_TO_BE_REPLACED

Opponents of a ballot initiative to legalize medical marijuana gave a glimpse of their strategy Monday by releasing a video alleging the measure would lead to a plethora of "pot shops" similar to the marijuana industry in California. The video, posted online by the"Vote No on 2 Campaign" also compared the proposal to a medical-marijuana initiative that Florida voters narrowly rejected in 2014.

END_OF_DOCUMENT_TOKEN_TO_BE_REPLACED 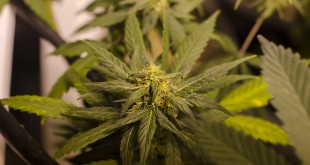 A proposed constitutional amendment led by the group People United For Medical Marijuana, was unanimously approved to be placed on the Nov. 16 by the Florida Supreme Court on Thursday. Supreme Court justices said the proposal met legal tests that includes a clearly worded title and summary.