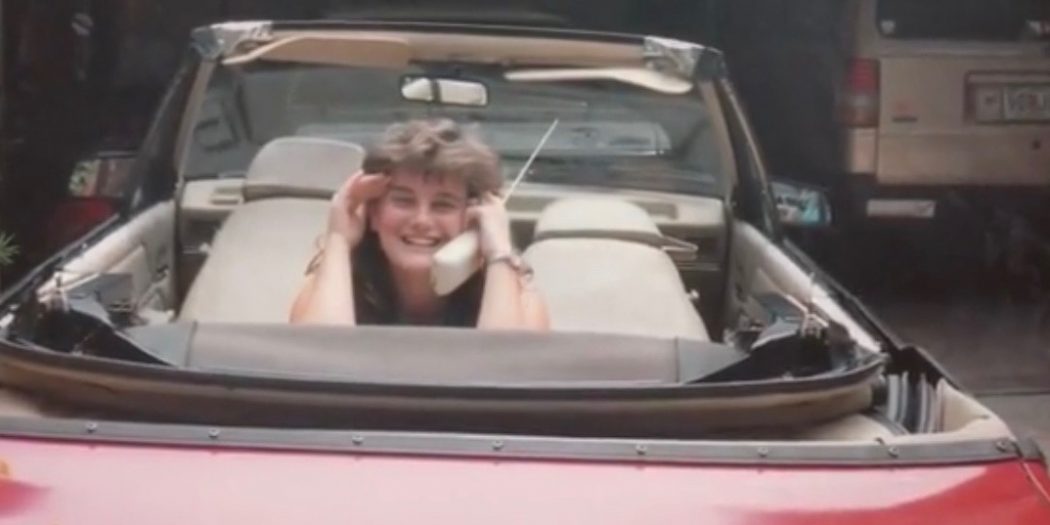 ". . . Christina Powell couldn’t finish their first year at UF. I did." (Photo courtesy of Alison Emery)

In the fall of 1990, a serial killer went on a vicious killing spree in Gainesville just as a new semester was beginning at the University of Florida and Santa Fe Community College. In the span of four short days, five students were dead.

I was not even born then. Yet, three decades later, I would be an eager young freshman excited to start my college career here in Gainesville — just like the five victims once had been.

Like so many in this transient town, I didn’t know about the crimes committed here. They had taken their place in Gainesville’s history but were no longer front and center in people’s lives. I did not comprehend the scope of the tragedy until I signed on to be part of a team of journalists reporting stories for the 30th anniversary of the murders and was tasked with contacting the families and friends of the victims.

After five months of reporting and speaking with loved ones of the five students, I found myself immersed in their lives. I learned that they — particularly the women — were like me. I’m a white woman who lives in an off-campus apartment. I look physically similar, except that I dyed my hair blond. I related the most to Sonja Larson, as I am shy and artistic like she was. I grew up in a Christian household and lived in south Florida for a couple of years.

But Sonja and her friend Christi Powell couldn’t finish their first year at UF. I did.

Christa Hoyt couldn’t become a crime scene investigator. But I can still chase my dreams.

Manny Taboada couldn’t earn a degree from UF. But I am working toward mine.

And Tracy Paules didn’t get a chance to meet her nieces and nephews. But I will.

Their futures were snatched from them; their hopes and dreams vanished. Their loved ones were forced to move on carrying a lifetime of grief. I began to feel the weight of their loss in March when I drove to Deerfield Beach to interview Sonja’s mother, Ada Larson.

I was nervous when I knocked on her door. But she welcomed me with open arms. At 82, she is a petite woman with bright, blonde hair and green eyes. She has a calming spirit that would make anyone feel at home.

“Oh, she’s so pretty,” I said softly as we leafed through photos of the daughter Ada lost. Her eyes lit up when she spoke of Sonja.

“Thank you. I thought so, but everybody thinks their kids are,” Ada told me.

But sadness crept into her eyes when I asked her about how life has been for the past 30 years. The air in the room suddenly felt dense. I wanted to reach out to her. The love in her voice was evident every time she talked about Sonja.

In her eyes I saw grief, love, loss. And hope she will see her daughter again.

I also interviewed three of Sonja’s friends that day: Missy Davis, Kelly Patrick and Jennifer Kashdin. The women are all in their later 40s now and sat on the couch together at Kelly’s apartment in Pompano Beach. At first, they joked and laughed as they spoke of childhood memories.

But the mood quickly turned. The women told me they don’t usually voice their grief or agony over losing Sonja, but felt it was important to honor their friend.

My heart was heavy as I headed back home. I knew it was just the beginning.

I conducted interview after interview. They did not get any easier. I ended up doing many of them over Zoom once the pandemic took control of our lives. I was anxious before each one. I was afraid I’d say something to create more pain, as I had been during that first day with Sonja’s mother and friends.

Sometimes, I calmed myself by curling up on a sofa on my patio and feeling the warmth of sunshine on my face. As anxious as the interviews made me, I came away admiring the resilience of the victims’ friends and families. And how they have kept them alive in their hearts.

Sonja was not afraid to show her love for others.

Christi was positive — no matter the circumstance.

Christa was known for her warm spirit.

Tracy was classy with a bit of goofiness on the side.

Manny was a fighter. He never stayed down and somehow found a way to rise again.

My last interview was with Manny’s friend, 54-year-old Servando Careaga of Miami. I walked around my neighborhood for almost an hour trying to pass the time and distract myself from what was to come. I had interviewed Tracy Paules’ sister two days before, and the loss she experienced stayed with me. It felt like a dark cloud that would not lift.

Sonja Larson’s friend, Mark Paul, sent me a blog post he had written about his relationship with Sonja.

“We weren’t dating,” he wrote. “We were something better, something way deeper than adolescent infatuation.”

It was clear how much he loved her. I ran into my parents’ bedroom in the middle of the night to read his words out loud.

I also read it to my friends over our weekly Zoom calls. We discussed the importance of never being afraid to express love and affection for others. It was something Sonja taught Mark all those years ago.

My childhood friend is moving to Gainesville and living with me this fall. I scared her when I told her the details of the murders and the context of my interviews.

But grief is a part of life, though young women my age don’t always realize it. It is also not a one-size-all scenario. It’s like a fingerprint. We all have one, but it’s individualized. We can’t use our fingerprint to replace someone else’s — similar to how we can’t take our grief and expect another person to have a similar experience. People endure pain in different ways. Some people break down while others live in a daze.

But they wanted to honor their loved ones. They agreed to our painful conversations. They dared to be vulnerable.

Most young men and women don’t contemplate death at my age. I am 20 and like my fellow students, I look forward to leading a long and productive life. And yet, I know everything can vanish in a matter of seconds.

The five victims of the Gainesville murders are ingrained in the hearts of their loved ones. Now, they also have a place in mine.

You can listen to the podcast here, or wherever you get your podcasts.