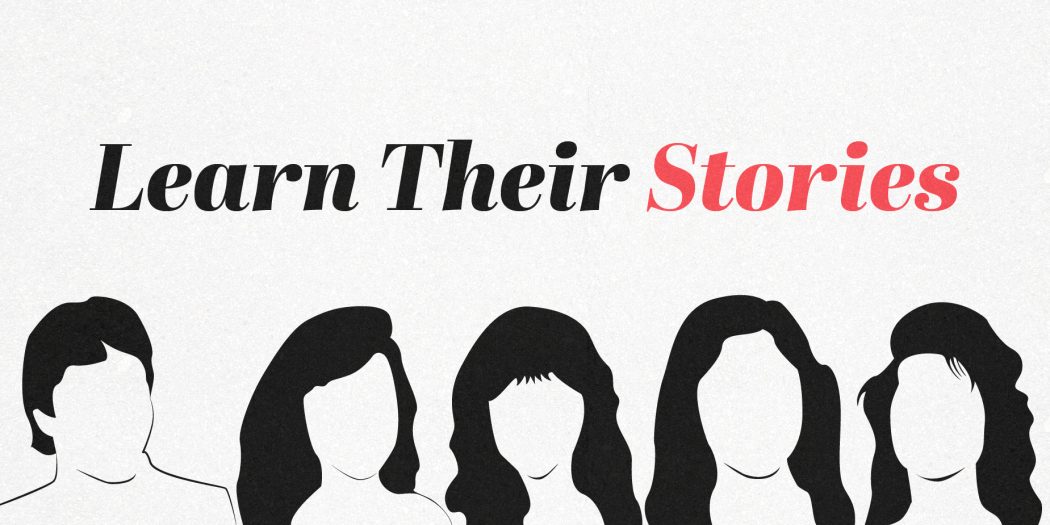 The name of the killer is often remembered. But who was lost, and how did they impact the ones they left behind?

A sister’s dream came true in the worst possible way.

Since childhood, Laurie Lahey has had dreams about her younger sister. One particular one haunts her to this day.

In that dream, Lahey and her sister, Tracy Paules, are playing in the yard of their house in Palm Springs North. The house has a fence and the girls are running around the yard barefoot and carefree. Amid their childhood joy, majestic angels float down from the sky. They grab Lahey by the hand and bolt her down to the fence. She can’t move. She watches the angels grab her sister and fly away. Up, up, high in the sky. Lahey struggles to get loose. She wants desperately to chase after her sister. She screams in terror and watches her sister vanish. Never to return.

Lahey could not have possibly known then how that recurring dream served as a premonition. But it stayed with her.

In the summer of 1990, she spent a weekend with her sister whitewater rafting in Tennessee. Now 55, Lahey recalled that weekend and how much fun the two sisters had. They were only two years apart in age and close.

Paules returned home to their parents’ home in Miami to pack up her things. She was 23 and returning soon to the University of Florida to finish her degree. She harbored dreams of becoming a lawyer.

By all accounts, there was little to stop her from achieving her goals. Paules was smart, beautiful and well-spoken. She was salutatorian and homecoming queen at American Senior High School in 1984. She had an ease about her and exhibited kindness that is perhaps unexpected in a woman of her age.

As Paules was packing, her sister called. Maybe it was those dreams Lahey had about Paules, but suddenly, Lahey was overcome with emotion. She blurted out her inner thoughts over the phone.

Trace, I have this feeling you’re going to go to Gainesville, and I’m not going to see you again, Lahey said.

What? Paules replied. Why do you say stuff like this to me? You’re freaking me out. Stop. I’m going to be fine.

The siblings brushed it off, and Paules got in her car to make the six-hour drive to Gainesville.

But Lahey’s dream came true in the most horrific way. On Aug. 28, 1990, Paules’ body was discovered along with Manny Taboada’s in their Gatorwood apartment – the last of the grisly Gainesville murders.

They were not the first to lose their lives in a madman’s killing spree. Three other students had already been murdered.

Sonja Larson, 18, grew up in Deerfield Beach and wanted to become a teacher. She adored children. She exuded love and was physically affectionate with her friends from hugs to holding hands. She also had a daring streak and taught a friend to drive.

Larson’s roommate, 17-year-old Christina “Christi” Powell of Jacksonville, wanted to design homes for low-income people. She saw the positives in life. When her best friend was moving to New York for college, she took it in stride. While her friend was apprehensive, Powell talked about the adventures they could have together. They made plans to visit each other.

The third victim, 18-year-old Christa Hoyt, studied at Santa Fe College and worked as a clerk at the Alachua County Sheriff’s department. She grew up in these parts and, somewhat ironically, aspired to be a crime scene investigator. She was called glowworm in school due to her warm spirit. She was also very particular about her grades and how she dressed. And when she thought she didn’t do well on an exam she’d cry about it but would later find out she excelled.

Paules’ roommate was known for his perseverance. Taboada overcame the obstacles he faced. When his grades were low, he got them up. And when his father died when Taboada was a teenager, he found a way to move forward. He attended the same high school as Paules, where he graduated with honors and was a football player. He aspired to be an architect.

But a vicious killer denied all five students their hopes and dreams. And he left their loved ones with a lifetime of sorrow.

The Victims’ Stories Haunt A Young Reporter: ‘They Were Like Me.’ Read WUFT reporter Meleah Lyden’s journey reporting this story.

Lahey learned about Paules’s murder while in Atlanta with her husband. They instantly booked a flight and were on their way home to Miami.

“I was wishing the plane would crash because I didn’t want to continue living,” Lahey recalled.

Lahey arrived home to a throng of cars and cameras. She snuck around the back of the house and locked in a tearful embrace with her parents.

The house was teeming with family and friends, including Paules’ male companions.

“Each one of them there had been in love with her at one point in time,” Lahey said. “Either when we were 7,8,12,15, 20, whatever it was, and I got a nice interior chuckle about that because that’s who she was.”

Lahey put her younger sister on a pedestal. She knew in her heart that Paules would succeed in turning her plans for life into reality. The sisters spent a lot of time together – hanging out at the house or out at bars. They loved to be goofy together; to have fun.

And despite being close in age, Lahey was extremely protective of her sister. When girls would push Paules around while playing soccer, Lahey intervened.

“I would threaten their lives,” she said. “I’m like a bony skinny little thing, but if you touch her, I would just go crazy.”

Lahey thinks about all the years she could have had with Paules. She might have been a different person today had her sister still been alive. But Lahey has few regrets. She carries on, always with a hole in her heart, but knowing the two lived life to its fullest.

“I’m not the same person that I think I could have been with her here,” she said.

She, like the loved ones of the other victims, carries the pain of her loss.

Lahey wishes sister would have gotten the chance to know her children. Her first-born, Taylor, bears a name picked out by Paules four years before she died.

“I think my kids really lost out on not having their aunt Tracy around,” Lahey said. “She could have encouraged them to be this or that. She could have embraced them.”

But in a way, her kids do have their aunt around. Lahey talks to Paules and tells her to watch over her children. The sisters had long ago made a pact. Paules would be a major part of Lahey’s children’s lives. She would be their godmother.

And they had argued about who ought to die first. Lahey wanted to go before her sister.

No, I’d rather me, Paules told Lahey. I’d rather leave you here to take care of mom and dad because you would do a better job of taking care of them.

Lahey has always told her kids to call out to Aunt Tracy when they have bad dreams. And when there is a full moon in the sky, she thinks of the sister she lost. And blows her a kiss.