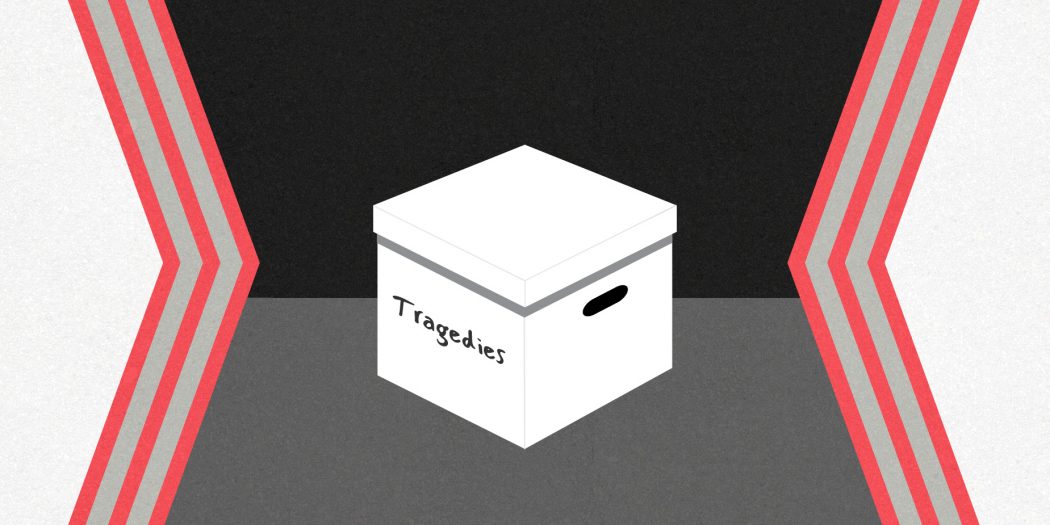 Three students’ bodies have been discovered, pointing to the work of a serial killer. Fear strikes the UF community, and leaders grapple with how to respond.

Three decades later, a box of tragedies reveals the fear that gripped Gainesville.

John Lombardi led the University of Florida for nine long years and yet, archivists use just one word to describe the hundreds of letters the university president sent and received in his tenure: tragedies.

His term will forever be remembered at its six-month mark, when it was cruelly interrupted by the grisly murders of five students in Gainesville.

Those letters inhabit a white cardboard file box stored among many others at the university’s Smathers Library. Historian Carl Van Ness refers to the contents of that box as a reflection of one of the most difficult times in the university’s history.

“It’s the documentation that President John Lombardi received during the course of the murders,” Van Ness said. “So, it’s called tragedies. It’s the communications that he had with students, but also with other people, expressing their horror and what was happening in Gainesville and their best wishes.”

The horror Van Ness is referring to is the August 1990 murders of Sonja Larson, Christina Powell, Christa Hoyt, Tracy Paules and Manny Taboada. All five victims were college students in Gainesville.

As police searched for the murderer and this north-central Florida city plunged into shock and sorrow, the university was left to deal with an unprecedented situation. University officials cancelled classes temporarily, encouraged students to go home and put a hold on tuition and fees. The university put new security and safety measures in place, too. And Lombardi, the official face of the university, had no choice but to correspond with the public.

Open the tragedies box and you’ll get some understanding of public sentiment and fear at the time.

Some of these letters were released to WUFT, though the names of letter writers and other identifying information have been redacted.  What follows is a sampling of those letters: