The Earth is wondrous, complicated, precious, damaged. How can we do its story justice, from the awe to the peril? “Earth’s storytellers,” an ongoing series by Environmental Journalism students and faculty at the University of Florida, celebrates science, environmental communication and the natural marvels that inspire it all.

“I used to think it was enough to get people to fall in love with something. But it’s too easy to hit ‘like’ and move on.” 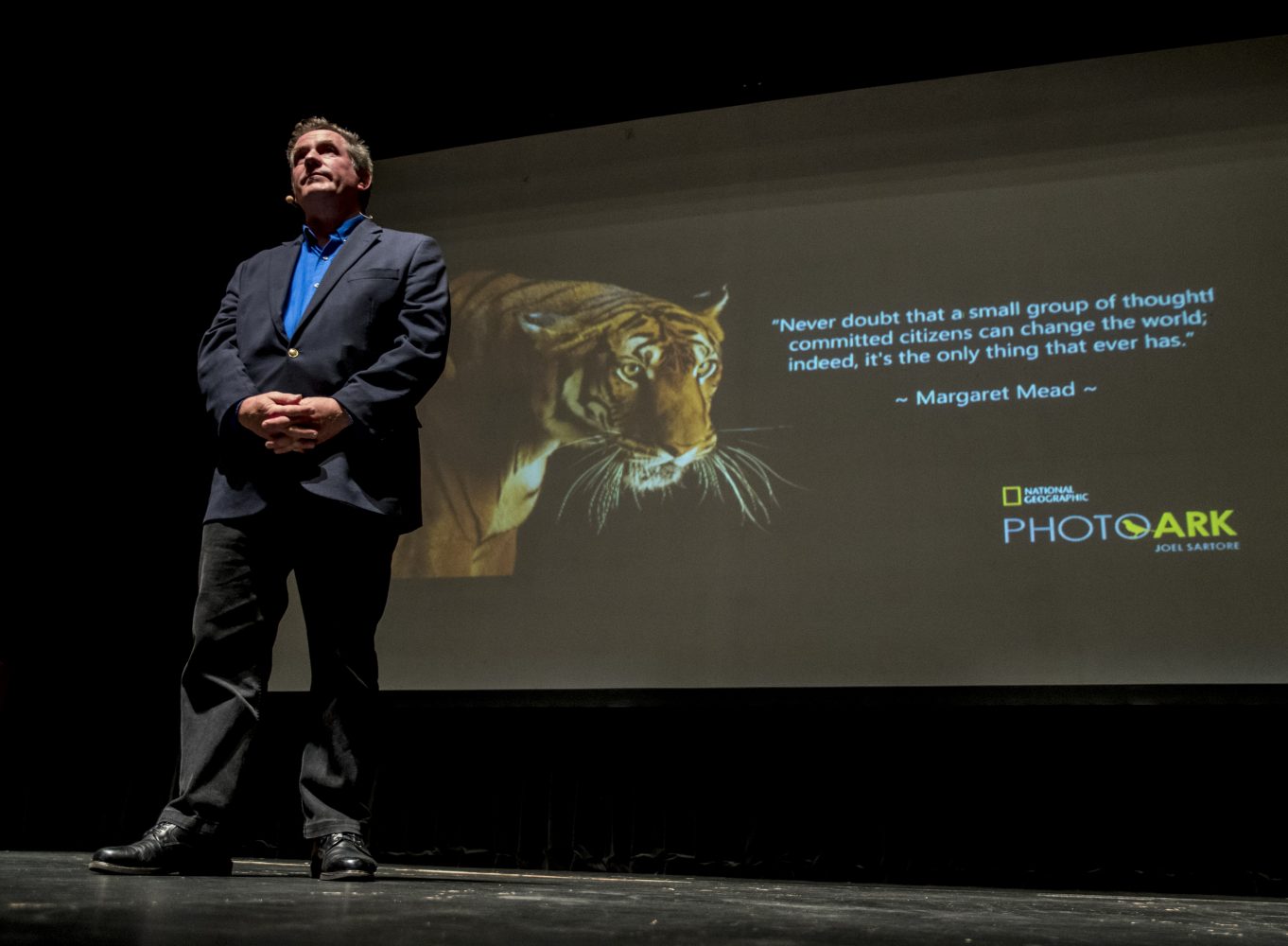 National Geographic photographer Joel Sartore is the founder of Photo Ark, an effort to take portraits of every species on Earth living in the world’s zoos and other protected areas, to inspire people to save these animals before they are extinct. On a visit to UF’s Florida Museum of Natural History to photograph insects and celebrate the museum’s 100thanniversary, Sartore sat down with UF environmental journalist in residence Cynthia Barnett and conservation photographers Jennifer Adler and Ryan Jones. Here’s an edited version of their talk about how to inspire people to care about imperiled species.

Formerly a “bliss and beauty nature photographer,” Moran is answering a higher calling — to save Florida’s endangered waters.

Jack Davis: ‘Sometimes Breaking The Rules Is A Good Thing’

Jack E. Davis is the author of several books including An Everglades Providence: Marjory Stoneman Douglas and the American Environmental Century and his new book The Gulf: The Making of an American Sea, due out in March from W.W. Norton’s Liveright. A professor of environmental history at the University of Florida, Davis grew up along the Gulf coast, and divides his time between Gainesville and New Hampshire. Nicole Starosielski is assistant professor of Media, Culture, and Communication at New York University and author of The Undersea Network, which follows the undersea cables that allow for global communication from the ocean depths to the landings on South Pacific islands.

Cynthia Barnett is an environmental journalist and the author of three books on water, including Rain: A Natural and Cultural History, longlisted for the National Book Award and named among the best nonfiction books of 2015 by NPR’s Science Friday, the Miami Herald, Tampa Bay Times, Boston Globe, Kirkus Reviews and others.

Padgett Powell is the author of six novels, including Edisto, which was a finalist for the National Book Award, and two collections of stories. His writing has appeared in the New Yorker, Harper’s, and the Paris Review, as well as in The Best American Short Stories and The Best American Sports Writing. He has received a Whiting Writers’ Award, the Rome Fellowship in Literature from the American Academy of Arts and Letters, and the James Tait Black Memorial Prize. He lives in Gainesville, where he co-directs and teaches at MFA@FLA, the University of Florida’s creative writing program.

Susan Cerulean of Tallahassee is a writer, naturalist and “earth advocate” who spends much of her time observing, recording, and sharing Florida’s natural beauty and its changes at the hands of time and humans. She has been called one of the finest nature writers in America.

Q & A With Science Journalist And Author Hugh Aldersey-Williams

Author and journalist Hugh Aldersey-Williams is a London native with a long-term internal struggle between creative endeavors and his interest in hard sciences. In his new book The Tide: The science and stories behind the greatest force on Earth, he explores the constant movement of water, an element that covers three-quarters of our planet, via a mixture of stories from history, literature and folklore and research based firmly in science. Gabby Salazar of London first picked up a camera when she was 11, and has gone on to become a well-known professional in nature and conservation photography. She served as the youngest director of the North American Nature Photography Association (NANPA) and has received numerous accolades, including being named BBC Young Wildlife Photographer of the Year in 2004. In 2010-2011, she documented the creation of the Manu-Tambopata Conservation Corridor in Peru as part of a project funded by Fulbright and a National Geographic Young Explorers Grant. More recently, she worked on a conservation photography project in Mauritius, which culminated in an art show with the U.S. Embassy. Salazar has led photo workshops for kids, including a trip to Ireland last summer to teach high school students about photography as part of National Geographic Student Expeditions.

Q & A With Film And Television Director Tianyi Qin

Tianyi Qin works for the China Central Television (CCTV), the predominant state television broadcaster in China. She graduated from Annenberg School of Communication at the University of Southern California, and decided to return to China to pursue nature documentary filming. She works for “Central Ten,” a scientific and geographic channel, on a program called Geography of China. She has produced more than 200 episodes. 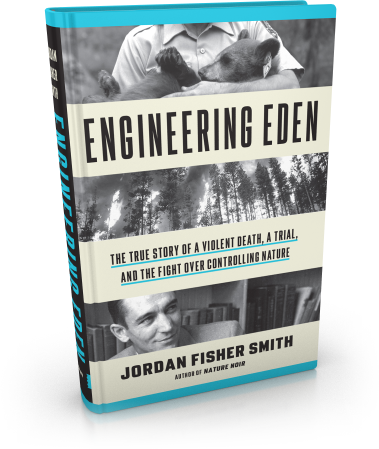 Jordan Fisher Smith is author of the book Engineering Eden: The True Story of a Violent Death, a Trial and the Fight over Controlling Nature, recently long-listed for the 2017 PEN/E.O. Wilson Award for Literary Science Writing. He worked for 21 years as a park ranger in California, Wyoming, Idaho and Alaska, then turned to writing on the environment for numerous publications including Men’s Journal and the Los Angeles Times Magazine. He is also author of the book Nature Noir, and narrator of the documentary Under Our Skin.

Fisher Smith was interviewed by Jordanne Laurito, a journalist and freelance photo editor for The New York Times who is working on her bachelor’s degree at the University of Florida College of Journalism and Communications.