END_OF_DOCUMENT_TOKEN_TO_BE_REPLACED

A teenager accused of making a bomb threat at his high school last year is back in jail after his bail bondsman learned that the teen was planning to skip out on an upcoming hearing where he will plead guilty, according to court records.

END_OF_DOCUMENT_TOKEN_TO_BE_REPLACED 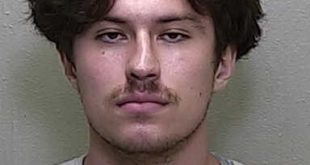 Marion County Sheriff's deputies said Wednesday they have arrested another man in what they described as a robbery during a marijuana purchase that ended in gunfire on a hiking trail Sept. 12.

END_OF_DOCUMENT_TOKEN_TO_BE_REPLACED 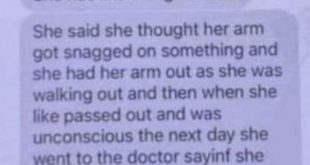 Authorities at the University of Florida say there is no evidence that a report circulating across UF’s campus is true, that a young woman was jabbed with a needle and unwittingly exposed to a high dose of the dangerous drug fentanyl. City and university police said they are aware of the report, which is spreading widely over social media and word of mouth. They are trying to identify its origins. The incident purportedly took place inside a popular Midtown bar across the street from campus last week. The bar’s manager and both police agencies said there were no reports of such an attack.

END_OF_DOCUMENT_TOKEN_TO_BE_REPLACED

Police: Car on fire, with only 3 tires driving through darkness near UF campus 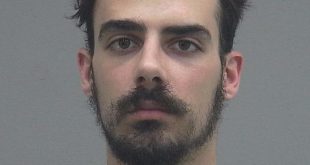 Imagine this: A witness called police to report a silver station wagon on fire with only three tires being driven along one of the city’s roads that border the University of Florida campus. When police tried to pull the car over, the driver didn’t immediately stop. Authorities accuse 23-year-old Adrian Vincent Hernandez of Gainesville of fleeing police, resisting an officer and driving with a suspended license. It wasn’t clear whether the driver was missing a spare tire or didn’t know how to change one. Police said Hernandez told them he didn’t stop because he just wanted to get home in the hours after midnight Sunday.

END_OF_DOCUMENT_TOKEN_TO_BE_REPLACED 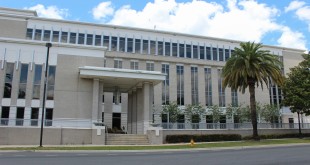 END_OF_DOCUMENT_TOKEN_TO_BE_REPLACED

Three of five members of what authorities said was a drug-trafficking ring in Gainesville that advertised the sale of narcotics on Snapchat were scheduled to appear in court for jury selection Monday. Authorities said they first became aware of the group in May 2020 following an early morning shootout at …

END_OF_DOCUMENT_TOKEN_TO_BE_REPLACED 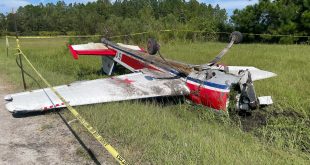 Authorities in Alachua County are on the scene of a small plane crash. Witnesses and authorities said the small, single-engine plane with only the pilot aboard crashed and flipped in a flooded ditch of a farm northeast of Gainesville Regional Airport.

END_OF_DOCUMENT_TOKEN_TO_BE_REPLACED

This story has been updated to include comment from the owner of the motorcycle, update the headline, add Lovett family comments and to replace the photo of Lovett with one from his family. READ: Open Letter to the Community about our Coverage Why we reported this story this way This …