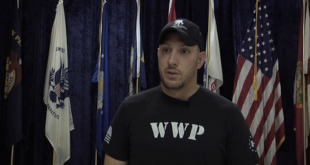 Families who have lost loved ones in the military are not receiving death benefits during the government shut down.

END_OF_DOCUMENT_TOKEN_TO_BE_REPLACED

Police issued 70 citations in three hours Monday on a Gainesville street known to lack in safety for pedestrians.

END_OF_DOCUMENT_TOKEN_TO_BE_REPLACED

Venezuelan President Hugo Chavez vowed to continue with his socialist reforms after winning another six-year term.