Glenn Richards is Operations Coordinator and local host for Morning Edition on WUFT-FM. His background includes 30+ years of radio in South Florida as an air personality, promotion director, and morning show producer (WSHE, WZTA, & WFLC). His previous education includes a Bachelor of Science in Communication from the University of Miami where he was also general manager of WVUM-FM. Upon his arrival in Gainesville in 2006 to pursue a telecommunication master’s degree at the University of Florida College of Journalism and Communications, he worked as an air personality at WRUF-FM (both Rock104 and Country 103.7 The Gator). One of Glenn’s passions is local music. Since 1990, he has produced and hosted local music programs in both South Florida and Gainesville, playing demos and independent releases from unsigned artists, many of whom went on to national prominence including: Marilyn Manson, Sister Hazel, For Squirrels, Matchbox 20, Saigon Kick, Mary Karlzen, Nil Lara, Hundred Waters, and more. 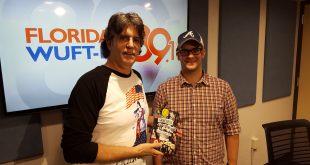 Roach Motel, Less Than Jake, Radon, Hot Water Music, and Against Me! How did Gainesville become a creative hub for punk rock during the '80s and '90s, something which continues to flourish today?

END_OF_DOCUMENT_TOKEN_TO_BE_REPLACED

Towers in the Sand: The History of Florida Broadcasting 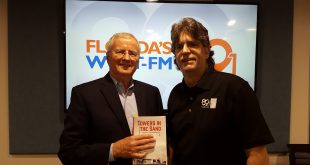 WUFT-FM Morning Edition host Glenn Richards spoke with Donn Colee, Jr. about his new book, 'Towers in the Sand: The History of Florida Broadcasting,' and the impact the University of Florida had on broadcast history.

END_OF_DOCUMENT_TOKEN_TO_BE_REPLACED 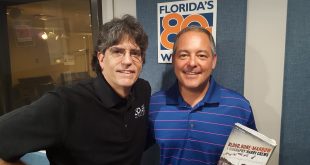