Clara is a reporter for WUFT News and can be contacted by calling 352-392-6397 or emailing news@wuft.org.

Puerto Rico Votes To Become 51st State, But What Does This Mean? 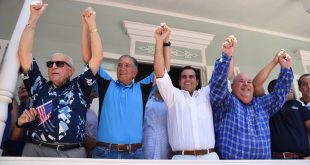 On Sunday, Puerto Ricans voted on a plebiscite to decide whether they wanted to become the 51st state of the United States. With roughly 23% of voter participation, the “statehood” option was chosen with 97% of the votes.

END_OF_DOCUMENT_TOKEN_TO_BE_REPLACED

Puerto Rico Is Officially Bankrupt: What Does It Mean? 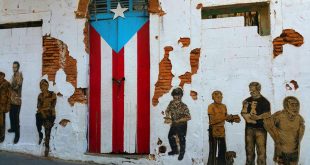 After more than a decade of economic recession, Puerto Rico is broke .The governor of the island, Ricardo Rosselló, announced on May 3, that he filed for a bankruptcy-type protection, as established by Title III of The Puerto Rico Oversight, Management, and Economic Stability Act, known as PROMESA. With this measure, Puerto Rico aims to restructure its public debt that surpasses $73 billion.

END_OF_DOCUMENT_TOKEN_TO_BE_REPLACED

Officials Proclaim May 1 As “Immigrants’ Rights Day” In Gainesville 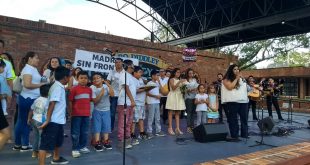